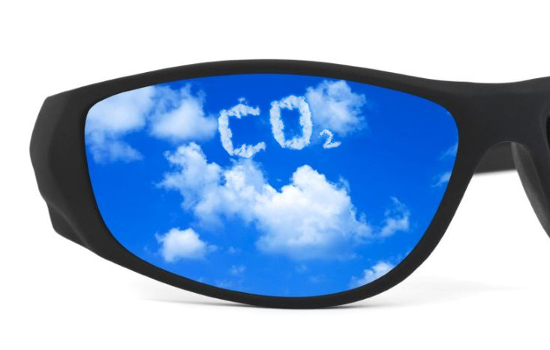 A pan European shortage of CO2 could take the fizz out of our summer celebrations. At least five producers in northern Europe are reportedly closed due to a combination of technical failures and planned repairs causing the worst supply situation to hit the European CO2 business in decades. Carbon dioxide is actually a by-product of ammonia production and doesn’t just put the fizz into soft drinks or deliver drinks at pub pumps but, is also used by food manufacturers during the packaging of fresh meats and salad to extend shelf life.

The UK Food and Drink Federation, the British Beer & Pub Association (BBPA), the British Poultry Council and the British Soft Drinks Association have all warned about an impending shortage of food grade liquid carbon dioxide. Supermarkets are also being forced to consider rationing frozen food supplies because the CO2 crisis has left them short of dry ice, typically used in food deliveries.

Following the ‘Beast from the East’ and late cold spell, pub and soft drink companies no doubt welcomed the decent spell of warm weather as well as the start of the World Cup to boost sales. This week’s impending heatwave has prompted Wetherspoons to warn it could run out of beer! The CO2 shortage could mean they lose out on valuable revenue. Many companies are no doubt having to work with their suppliers to explore alternative sources of CO2.

In the modern era of global supply chains and ‘just in time’ delivery to minimise working capital and improve cash flow, it is a timely reminder of how little slack there is in the system when manufacturers experience unforeseen breakdowns in production.

An escalation in global trade tensions. President Trump threatened to impose tariffs on an additional $200bn of Chinese imports. Trump said 10% tariffs would come into effect if China ‘refuses to change its practices’. Is Trump on a genuine crusade to get massive concessions out of China or is he thinking about mid-term US elections in November and will settle for minor concessions? In the meantime, China’s Ministry of Commerce said ‘China will take comprehensive quantitative and qualitative measures and retaliate forcefully’.

The White House said that ‘China has much more to lose than we do and may have underestimated the resolve of President Trump’.  The US Secretary of Commerce said ‘I don’t think the Chinese want a trade war any more than we do’. China must be concerned by developments as it is cutting the amount of reserves the country’s banks are required to keep on deposit at the central bank, freeing up more than $100bn to help cushion a slowing economy and the impact of a potential trade war with the USA.

As we have said before, there are no winners in a global trade war and markets are still hopeful of an agreement ahead of July 6th but until that is forthcoming we must expect increased volatility. The real danger is the tit- for-tat measures escalate into something far more damaging. The Chair of the US Federal Reserve (Fed) Jerome Powell noted that ‘for the first time, we’re hearing about decisions to postpone investment and hiring by companies’. German car maker Daimler issued a profit warning, part of which it said was due to its SUV’s not selling in China due to the tariffs  imposed on those vehicles imported from the USA.

Retaliatory tariffs by the EU of 25% against $3.2bn of US goods from bourbon to motorbikes came into effect on Friday following the imposition of US tariffs on EU steel. President Trump threatened higher tariffs on European cars and the Vice President of the EU Commission said that ‘if they decide to raise import tariffs, we’ll have no choice, but to react’. However, he added ‘we don’t want to fight over trade via Twitter, we should end the escalation’.

Meanwhile, India has increased import duties on some American agricultural and steel products in a retaliatory move against US steel tariffs.

The House of Commons rejected a Lords amendment on a ‘meaningful’ parliamentary vote on a Brexit deal, but the government had to make a last-minute concession to would be Conservative rebels by saying a future vote could be more than just for parliamentary consideration and potentially enabling it to make amendments.

The Bank of England (BoE) kept interest rates on hold at 0.5% as expected but the vote was 6-3 down from 7-2, as the chief economist joined two other committee members in voting for an immediate rate rise. The focus of the announcement was never going to be the decision on rates itself but the chance that the committee could raise rates in August. BoE members seem more convinced that the economic ‘soft patch’ in the first few months of 2018 was temporary. The BoE also said it won’t reduce any QE debt before interest rates hit 1.5% – the previous target was 2%. Sterling rallied off its low to $1.33.  Chancellor Philip Hammond’s annual Mansion House speech confirmed that tax rises will be necessary to fund Theresa May’s proposed hike in spending on the NHS.

In Europe, German Chancellor Angela Merkel is reported to be forced into considering concessions to stave off a potential political crisis. A decision on immigration needs to be reached by July 1st. Despite worries about a trade war escalating, ‘flash’ manufacturing activity indicators for Europe remained positive.

In the USA, Fed Chair Jerome Powell remained upbeat on the US economy and reaffirmed the case for continued gradual interest rate hikes is strong.

OPEC has agreed, in principle, to raise oil supply by 1million barrels per day. Industry analysts believe the actual increase might be closer to 600,000 barrels a day, as some countries cannot easily raise production quickly. Brent oil rallied to $74.