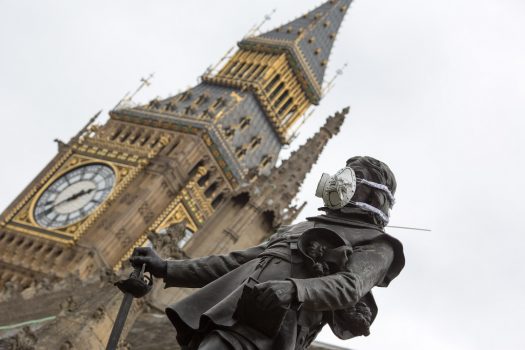 MPs have demanded an end to the UK’s ‘poisonous air’ in an unprecedented report from four Commons Committees. The Environment, Health, Transport and Environment Audit Committees want a new Clean Air Act along with a clean air fund financed by the transport industry. The Society of Motor Manufacturers and Traders have responded, by saying that an existing clean air fund worth £220m, has been set up by the government, paid for by changes to vehicle taxation to help improve air quality.

The joint report on improving air quality is also demanding a faster phase-out of petrol and diesel cars, which is currently set for 2040. Environmental groups point out that countries such as India have made similar pledges but intend to implement them sooner, by 2030.  The report says that ‘Air pollution is a national health emergency resulting in an estimated 40,000 deaths a year, costing the UK £20bn annually’.

Talking of poisonous air, it appears we now have to contend with deadly nerve agents. In the wake of developments in Salisbury, the government has announced it is to build a new £48m chemical weapon ‘defence centre’ at Porton Down. This is to protect the UK from what it says is the growing threat from Russia and North Korea. Not much comfort for the residents of Salisbury advised to wash their clothes and clean their watches and mobile phones with washing detergent and wet wipes. Leaders from the USA, Germany, France and the UK have formally signed a joint statement that has accused Russia of the first offensive use of a nerve agent in Europe, since World War II.

As we have said on many occasions previously, the world remains a dangerous place. Nuclear, biological and chemical weapon detection and car engine emission/fuel efficiency technology are growth areas we have invested in.

Global economic growth projections were raised but this positive news was countered by ongoing worries about trade tariffs. One media report suggested Trump was seeking to impose tariffs of up to $60bn a year on China. Gary Cohn’s replacement as senior economic advisor, Larry Kudlow said he was ‘on board’ with Trump’s tariffs and also that China has earned a ‘tough response’.

President Trump, without warning, sacked another key advisor, US Secretary of State, Rex Tillerson. To add to the challenges for investors, the US Federal Reserve meets later this week with a 0.25% rate hike looking pretty likely. US media also reported a story that special agent Robert Mueller had subpoenaed Trump and his organisation to release documents as part of the ongoing investigation of Russia’s involvement in the 2016 Presidential election.

Tension between the UK and Russia continued to build in the wake of the nerve agent attack. The UK and Russia have expelled diplomats in a tit for tat move. Rising geopolitical tensions will inevitably impact risk assets and global equity markets. It’s a good thing winter is behind us as Europe gets a large amount of its gas supplies from Russia! In the meantime, Vladimir Putin has secured victory in Russia’s presidential election with nearly 77% of the votes and will stay at the helm for another six years.

The Office for Budget Responsibility estimated the ‘divorce bill’ for Brexit will be about £37bn.

In the UK, Visa’s consumer spending index reported another fall in household spending, for the tenth month in a row. March will have also got off to a weak start due to the ‘Beast from the East’ with high street ‘bell weather’ John Lewis reporting a significant drop in footfall due to snow and over the weekend the UK has suffered further disruption from the ‘mini-Beast from the East’.

Chancellor Philip Hammond gave his first Spring Statement which as expected did not include any big policy announcements. Compared to the OECD, the government is slightly increasing its forecast UK economic growth to 1.5% in 2018 but has left forecasts unchanged for both 2019 and 2020 at 1.3%. Inflation is projected to fall to 2% by the end of 2018. Day-to -day spending is forecast to be in surplus with debt peaking at 85% in 2018 and then falling to 78% in 2020-23, which the Chancellor describes as ‘light at the end of the tunnel’. The November Budget will be the bigger event, with the Chancellor hinting there could be scope to loosen policy at that point. However, The Institute for Fiscal Studies predicts that due to the slower rate of economic growth, that annual tax rises of £40bn will be required if the government wants to keep spending constant and balance its books by 2025.

In the US, there was another ‘twist’ in President Trump’s protectionism policy. He blocked a planned $140bn takeover of chipmaker Qualcomm by Singapore-based Broadcom on grounds of national security. Meanwhile, a special congressional election in Pennsylvania saw President Trump receive a bloody nose with a big swing away from the Republicans. Trump had won here with ease in 2016. US annualised CPI inflation was in line with expectations at 2.2%.  US retail sales dipped by 0.1% in February, slightly below expectation. The Fed is widely expected to increase interest rates by 0.25% later this week but markets will be looking for greater clarity on the future path for rates. Three more increases appear the most likely outcome currently.

Brent oil recovered to $65. The International Energy Agency (IEA) raised its global oil demand estimate for 2018 and suggested that robust demand should help counter growing US shale oil production. However, the IEA did flag the risk to forecasts from US trade tariffs.

Finally, Sir Ken Dodd passed away at the age of 90 last week. The comedian was accused of tax fraud in 1989 but was acquitted after a five -week trial. Has he had the last laugh on the Inland Revenue? He married his long-term partner Anne Jones two days before he died, meaning she will not have to pay inheritance tax on his estate.