Bring on the Clowns 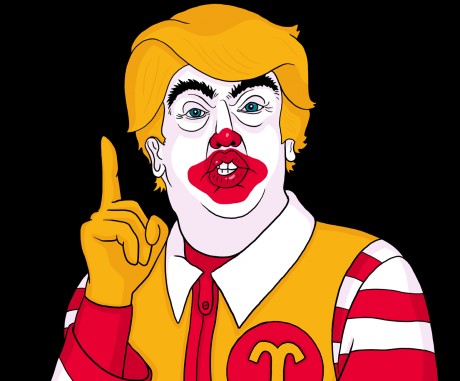 US President Donald Trump is in the eye of a storm – ‘Stormy’ Daniels.

However, it’s not just the US ‘actress’ that is stormy or that Donald Trump is provoking a legal fight with. In a calculated move, Trump has raised the spectre of a trade war by implementing a 25% tariff on steel imports and 10% on aluminium. This is the last thing the global economy needs; just as central banks are reversing earlier stimulus measures.

However, is Trump using this as a measure to deflect attention closer to home or as a bargaining chip with Canada and Mexico? He is currently running out of time to make good on his high-profile campaign promise to have reworked the North American Free Trade Agreement (NAFTA) this year. Trump has exempted Mexico and Canada from tariffs, whilst NAFTA negotiations continue. In the meantime, House of Representatives speaker and fellow Republican Paul Ryan said ‘We are extremely worried about the consequence of a trade war and are urging the White House to not advance with this tariff plan’. Meanwhile, the EU has responded to Trump’s tariffs by suggesting the introduction of possible tariffs on US imports such as Harley-Davidson motorbikes, Levi Strauss jeans and Kentucky bourbon. China’s trade minister said ‘there are no winners in a trade war and China does not wish to fight a trade war’.

The imposition of tariffs also coincided with news of the resignation of President Trump’s senior economic adviser, Gary Cohn, who had been considered a supporter of global trade. Gary Cohn is the third senior Trump official to resign in three weeks.

Cohn, a former Goldman Sachs executive and registered Democrat, was quoted in Michael Wolff’s ‘Fire and Fury’, as describing the President as ‘an idiot surrounded by clowns’.

While concerned by trade tariff developments, investors chose to focus on positive US jobs data which supports the ‘goldilocks’ global economic picture.  Risk appetite was also helped by news that President Trump and Kim Jong-un are to meet in person in May, an extraordinary development after the recent missile tests and war of words. In Europe, concerns about the outcome of the Italian election appeared to be confined to the local market.  Otherwise, statements from the European Central Bank and the Bank of Japan underlined how policy stimulus will be withdrawn very carefully in those economies, as the inflationary impetus remains weak.

While investors have been focused on trade tariffs and European politics there have been some significant developments within the US banking sector that could have implications for global banks. The 3-month US LIBOR rate, at which banks offer to lend funds to one another, has recently soared above 2%. Furthermore, ‘the gap’ has widened between 3-month LIBOR and the overnight index swap rate offered by the US Federal Reserve to its member banks. What does this mean? Well, it suggests potential stress in the banking system, as ‘the gap’ is currently at similar levels to the European debt crisis in 2011 and after the Chinese currency devaluation in 2015. Perhaps, another sign of the pain to some from the US Federal Reserve normalising interest rate policy after years of stimulus?

Donald Tusk, President of the European Council suggested yet again that the EU has little interest in compromise or bespoke arrangements with the UK. This could of course be a starting point for the next round of Brexit negotiations, but continued EU intransigence only raises the prospect of no agreement in 2019. Sterling’s recent dip is not yet pricing in this possibility.

In the UK, tomorrow will see the first Spring statement but this is expected to be a brief affair and the Chancellor has pledged not to announce any new tax or spending measures.

In Europe, the European Central Bank dropped the pledge to increase the asset purchase programme if needed following the latest policy meeting, although the tone of the press conference was more ‘dovish’. The European economic growth forecast was nudged up to 2.4% for 2018.

In the USA, the economy created 313,000 jobs in February, well ahead of expectations. More significantly, after recent fears about inflation, wage growth edged back slightly to 2.8%.

In China, Premier Li signalled the authority’s tolerance for slower economic growth and cut the fiscal deficit for the first time since 2012. Meanwhile, China’s February exports surged 44% over the same time in 2017, while imports grew by 6.3%.

Finally, US President Donald Trump may be one of the most powerful men in the world but he is not worth as much as he was. He has fallen 222 places on the latest Forbes annual Rich List, after his estimated worth of $3.5bn fell to$3.1bn. This was partly due to a fall in central New York property values and lower revenue from his golf courses. Top of the list is Jeff Bezos, founder of Amazon who is worth $112bn. How times have changed.