Donald, the Pest from the West 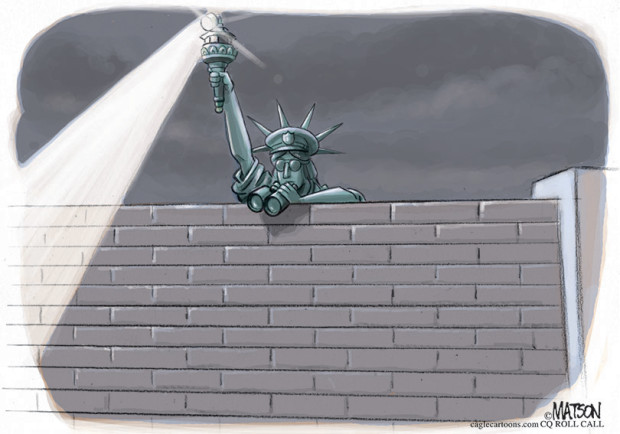 Emma and the ‘Beast from the East’ caused havoc across most parts of the UK. On one hand it has seen great community spirit with 4×4 drivers taking nurses to hospitals and people handing out hot drinks and food to drivers stranded in their cars. On the other hand, despite the herculean efforts of gritting teams and the emergency services it has, once again, seen the complete collapse of the UK public infrastructure. Thousands of flights have been cancelled, passengers stranded on trains overnight and motorists trapped in their vehicles. Supermarket shelves have been emptied, restaurants and shops closed, some regional communities have been cut off, while many homes are now without water due to freezing pipes.

Why is the UK incapable of coping with adverse weather conditions compared to many of our European neighbours? The authorities certainly had plenty of warning this time. Is it because we, fortunately, only get really bad snow conditions, so infrequently that we do not have the resources available to cope with extended periods of severe weather? Is it an indirect result of austerity measures, in that councils have not had the money to invest in equipment? Or, is it also a health and safety issue? For example, London Paddington station was temporarily shut due to snow drifting onto the platforms. Last week’s weather will not have done the UK’s struggling high street any favours either. Analysts have estimated the cost to the UK economy of at least £1bn a day, which could halve economic growth in the first three months of the year.

While, Emma and the Beast from the East have proved a trial there is now an even bigger threat to the UK, Donald, the pest from the west. President Trump has said he intends to introduce tariffs on aluminium and steel imports. A trade war is the last thing that the UK and the global economy needs just as central bankers are starting to withdraw supportive stimulus measures and normalise monetary policy.

Having survived the ‘Beast from the East’, investors once again turned their attention to US interest rate policy and bond yields, following a fairly ‘hawkish’ testimony from the new Chair of the US Federal Reserve Jerome Powell. All eyes will therefore be on this week’s US wage data. President Trump’s intention to impose tariffs on aluminium and steel also sent a shiver through markets last week.

Is a trade war looming? President Trump suggested he would impose tariffs on aluminium and steel imports. The EU, in turn, said it would retaliate with tariffs on steel and aluminium as well as agricultural goods. Trump, then tweeted that if the EU did this, that he would simply apply a tax on European cars imported into the USA. Quite how this war of words plays out remains to be seen, but a trade war is the last thing the global economy needs.

Meanwhile, just as everyone was basking in the warm glow from the Winter Olympics the United Nations brings us back down to earth with a bump. A UN report says North Korea has been sending equipment to Syria that could be used to make chemical weapons.

Jeremy Corbyn confirmed that the Labour party supports staying in a customs union with the EU post Brexit and is calling for cross party support. This is contrary to the government’s position which says the UK will not be joining a customs union. While reiterating there is no need for a second EU referendum, Jeremy Corbyn has asked for a meaningful vote in Parliament at the end of Brexit negotiations. PM Theresa May has the impossible task of trying to keep happy the DUP, hard Brexiteers and those within the Conservative party who want to remain close to the EU. If she goes for a ‘Norway’ style deal the Conservative hardliners will be upset. If she takes the hard line with the EU, would rebel Conservative MPs be that keen to vote with Labour and risk toppling the PM? In the meantime, the Irish border issue remains a major stumbling block. The EU draft legal agreement proposes a ‘common regulatory area’ after Brexit for the island of Ireland. PM Theresa May said ‘no UK prime minister could ever agree to this’.

In the UK, Bank of England deputy governor Dave Ramsden bolstered expectations of an interest rate rise in May. Having voted against the previous increase last November, he said in an interview ‘Relative to where I was, I see the case for rates rising somewhat sooner than somewhat later’. Meanwhile, the challenging conditions for retailers as household incomes continue to be squeezed was reflected in both Toys R Us and Maplin going into administration. UK house prices recorded their first month-on-month fall since August, according to the Nationwide. Meanwhile, with a tweet, former Chancellor, George Osborne, cheered on by the Institute for Fiscal Studies, joined in celebrations around the elimination of the deficit on Britain’s current budget -used for day-to-day spending on, for example, the NHS, education and local government. Perhaps the end of austerity?

In Europe, one of the European Central Bank’s committee members noted the market’s expectation for interest rate hikes to begin in mid-2019 was not ‘completely unrealistic’.  In Germany, the political stalemate has ended, after the SPD voted in favour of forming a new coalition government with Angela Merkel’s bloc. This should remove uncertainty and means a pro-European policy stance is likely from Germany, countering the potential risk from Italy. Counting is still underway in the Italian election but it appears that there is no clear majority with a hung parliament likely, while the Eurosceptic and anti-establishment Five Star Movement looks to be the most popular single party.

In the USA, new Fed Chair Jerome Powell said that his personal outlook for the US economy has strengthened since December and that inflation is moving up to target. Market focus will now turn to the Fed’s March interest rate dot plot data. However, US bond yields moved higher in anticipation of further interest rate hikes. Meanwhile, the strengthened outlook for the US economy was supported by the US consumer confidence index which hit a 17-year high.  US consumer prices increased in January by 0.4%, the largest underlying gain for 12 months.

Brent oil drifted lower to $65 after a report from the International Energy Agency which warned of ‘explosive growth’ in US shale oil output and data showed an increase in US oil inventories.

Finally, US research has discovered a new recession indicator. Apparently, ahead of the previous three US recessions, the number of conceptions began to fall at least six months before the economy started to contract. Perhaps time to update that old cliché?  ‘Not tonight, darling… there is a recession coming’. 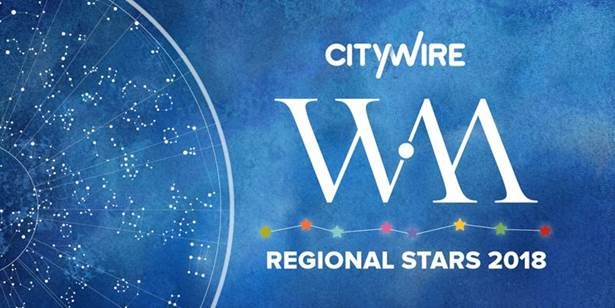 The awards are directed by financial advisers, who outsource their investment management for their clients, to discretionary investment management companies. Specifically, advisers are asked to score the discretionary firms on a number of criteria, including performance, service levels and reporting. We will know the outcome on the 8th March 2018.

We would also like to advise you that we have been successful in being shortlisted for the City of London Wealth Management Awards (COLWMA) 2018 in the following categories:

Voting is now open for COLWMA until the 7th of March if you would like to vote for us!

If you enjoy reading our weeklies as much as we like writing them, we would be very grateful if you could take a few minutes to vote for us under the ‘Best Market Newsletter’ and ‘Best Discretionary Service’ categories.