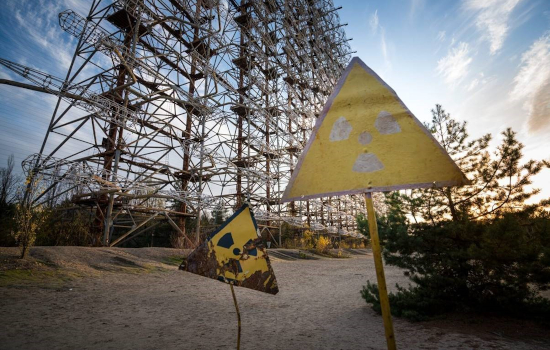 The distressing footage of the flooding in New South Wales and notably Sydney, Australia, are a reminder, if we needed one, of the damage and power a floodwater disaster can cause.

This month also happens to mark the tenth anniversary of the Japanese earthquake and tsunami and disaster at the Fukushima Daiichi Nuclear Power Plant.

The Fukushima disaster is classified as a level seven event by the International Atomic Energy Agency, the highest-level event and only second to be classified as such after Chernobyl. An independent investigation by Japan’s parliament concluded it was a ‘profoundly man-made disaster’ blaming operator Tokyo Electric Power (TEPCO), for failing to meet safety requirements or to plan for such an event.

At the time of the disaster, Japan had generated 30% of its electrical power from nuclear reactors. The tragedy prompted all the country’s nuclear plants to be closed or their operations suspended for safety inspections. Despite local protests, Japan has confirmed its objective to raise the share of nuclear power back up to 20% by 2030. This is in spite of the country having a long history of earthquakes and seismic activity, often resulting in tsunamis.

The cost of cleaning up Fukushima is estimated to be $200bn and could take until after 2050.

The world is not only lacking in clean energy, but growing populations and increased urbanisation, together with the growth in electric vehicle ownership will require even greater power generation. While solar and wind power are making great strides, as are new technologies such as hydrogen fuel cells, many governments are in the meantime, having to rely on nuclear to fill a hole as fossil fuel generated power declines. In the UK, the government has supported the construction of Hinkley Point C in Somerset – this was expected to start up by the end of 2025 but has now slipped until summer 2026. Globally, nuclear power is now witnessing a growth in capacity at the fastest rate in 25 years.

The Fukushima disaster, although arising from an act of nature, is a stark reminder that even with the best will in the world that humans are basically accident prone. Nuclear fills a gap in energy generation as fossil fuels decline, but the when it goes wrong – it goes horribly wrong.

The US S&P index briefly touched a new high last week on growing optimism about economic recovery driven by President Joe Biden’s $1.9trillion stimulus programme and the vaccination programme which is reaching 2.3million Americans a day. However, the US stock market may have also received a boost from the stimulus programme with reports that many Americans may be putting up to half of the $1,400 government handout into US shares. It is not just American retail investors chasing US stocks higher, in the UK Hargreaves Lansdown reported ‘elevated volumes of share dealing driven by interest in US stocks.’ In recent week, markets have been wondering if the US Federal Reserve (Fed) would seek to push back against the rise in US Treasury yields given inflation concerns. Last week’s comments by the Fed suggest the central bank is generally relaxed about the situation. However, markets are clearly feeling less confident about inflation than the Fed, as the yield on US 10-year Treasury touched 1.7% compared to the yield on US equities of about 1.5%, so a premium for ‘risk free’ yield. By comparison the yield on UK equites is 3.1% compared to a yield from a 10-year Gilt of 0.875.

More parts of Europe are suffering from a third wave of Covid-19 infections and are implementing new lockdown measures. Hopes of a European vaccine driven recovery also took a knock as some EU countries temporarily suspended use of the Oxford/Astra Zeneca vaccine over concerns about blood clots before the European medical regulator declared the vaccine safe. The vaccination roll-our has now turned political as Ursula von der Leyen, president of the European Commission has said that if vaccine supplies in Europe do not improve, the EU ‘will reflect whether exports to countries who have higher vaccination rates than us are still appropriate.’

Meanwhile, the UK vaccination roll-out has reached 26.8million –that’s over half of the adult population – having a first jab and over 2million two doses. However, NHS England has warned of a reduction in the supply of vaccines in April which appears partly due to a delay in the delivery of 5million doses of the Oxford/Astra Zeneca vaccine from India. The roll-out of vaccines to under 50’s will be scaled back in April but the Department of Health insists it is still on track to offer a first dose to all adults by the end of July. Much now rests on the EU decision regarding controlling vaccine exports.

In the UK, Andrew Bailey, Governor of the Bank of England (BoE) gave a BBC interview and was notably optimistic. He expects the UK economy to regain its pre-pandemic size around the end of 2021 and can see upside risk to this, given pent-up household saving. He also suggested the BoE are assuming a lower peak in unemployment.

In Europe, a third wave of Covid-19 appears to be developing with more lockdown measures being introduced and not helped by the European Commission’s vaccine fiasco. Meanwhile. Christine Lagarde, President of the European Central Bank re-iterated some of the central bank’s monetary policy messaging presumably in response to rising bond yields but warned that it would take time to step up the pace of asset purchases.

In the US, President Joe Biden’s administration appears to be signalling future tax rises to pay for the current stimulus measures. Reports suggest that corporation tax could revert from Trump’s 21% to 28%, with increases in income and capital gains tax. The US Federal Reserve (Fed) updated its economic projections reflecting the vaccine roll-out accelerating the return to normality. The US economy is now forecast to grow at a faster rate of 6.5% in 2021, with 3.3% growth in 2022 and 2.2% in 2023 with long-term growth of 1.8% with unemployment expected to reduce to 4%. Inflation is projected to be 2.4% in 2021 but drop back to 2% in 2022. The Fed has said that US monetary policy will be driven by economic data rather than forecasts with clear criteria in place: maximum employment with inflation around 2% and on track to exceed that rate. Bond tapering remains a distant prospect with the pace of asset purchases maintained and the Fed has signalled that interest rates are likely to remain at near to zero until 2023. However, with an improving economic outlook and the boost from the $1.9trilllion stimulus package will the Fed may need to re-examine this before the end of the year?

Japan’s exports declined in February with lower car sales to the US although shipments to China, its largest trading partner continued to grow.  The Bank of Japan adjusted its monetary policy stance and widened the band in which long-term interest rates will be allowed to move and removed its explicit guidance about the pace of ETF purchases which are being used only sparingly.

China’s technology giants such as Alibaba, TenCent and Baidu are coming under increasing pressure from the Sate Administration for Market Regulation. President Xi Jinping is reported to have ordered regulators to step up their oversight of China’s internet companies, crack down on monopolies and promote fair competition.

Brent oil edged back to $64 on the continued build-up in US oil inventories due to the closure of many refineries on the Gulf coast and news of more Covid-19 lockdown measures in Europe.

Finally, another sign of changing times. High demand amid the Covid-19 pandemic for items such as hand sanitiser and loungewear mean that these will now be used by the ONS to calculate the cost of living in the UK.