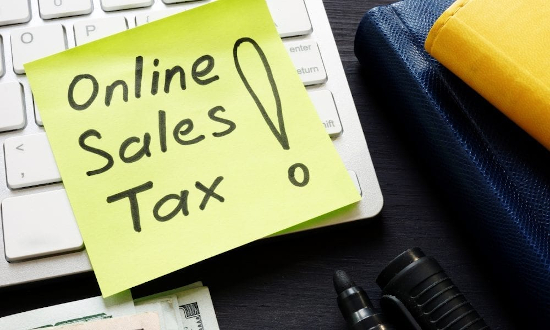 The UK vaccination roll out continues to gain momentum with over 24million having received a first jab and 1.6million a second dose. For once, the UK is ahead of the game.

This has hopefully enabled the government to set out a realistic roadmap for England to exit lockdown, which should drive a strong bounce in economic activity in the second half of 2021. Many countries, notably those over the Channel, will be envious of the progress being made. In contrast, indications are that once again Covid cases are rising in three-quarters of European countries, with the highest increases happening in central and eastern Europe.

Chancellor Rishi Sunak has been given some ‘wriggle room’ by the bounce in economic activity later this year which should drive higher tax receipts. However, government finances have taken a heavy blow from Covid-19 and the cost of supporting the economy. Indeed, government finances could be like ‘long-Covid’ and will require extra care for years to come.

While the recent Budget held few surprises, we started to see signs of the pain to come as the UK pays for the cost of dealing with Covid-19. This varies from the spike in corporation tax in 2023 to 25% to a return to austerity on public spending with just a 1% pay rise proposed for nursing staff.

Rishi Sunak is also looking ahead to the G7 summit in Cornwall in June. He is seeking support for a new way to tax online retail giants, such as Amazon. Clearly, online retailers have been the clear winners of lockdown while high streets have been hit hard and continue to suffer from the additional burden of business rates. An e-commerce or Amazon tax would create more of a level playing field, but would online retailers look to pass this tax increase onto consumers via higher prices? If so, this would be inflationary and we know how much markets are currently fretting about inflation!

Inflation and global bond yields continued to dictate the direction of markets. A $38bn auction of new Treasury stock in the US went pretty smoothly being sold at a yield of 1.52%. However, following the approval of President Joe Biden’s $1.9trillion stimulus package, the yield on 10-year US Treasury hit its highest level in a year moving to 1.64%.  As a reminder, this is equivalent to about 10% of US GDP! It doesn’t look as if President Joe Biden is going to stop there with an infrastructure programme next on the agenda with a renewable focus. This does beg the question of paying for all this suggesting higher government bond issue and possibly bond higher yields along with higher taxes. The call for an Amazon tax appears to be gathering momentum.

The US Centre for Disease Control & Prevention announced that fully vaccinated Americans can return to some sense of normalcy and meet with other fully vaccinated people indoors. However, in Brazil health systems in the largest cities are reported to be close to collapse due to Covid-19. Brazil has the second highest number of deaths in the world after the US and the third highest number of confirmed cases.

Glaxo announced some positive trial data that showed an 85% reduction in hospitalisation or death in early treatment of adults with Covid-19. However, there was more bad news for the EU with Johnson & Johnson/Jansen saying it would struggle to supply the 55million doses of its vaccine in the second quarter of 2021.To further complicate things, Denmark announced it was suspending use of the Astra Zeneca jab for 14-days after reports of blood clots amongst a tiny number of people from one specific batch of the vaccine. Ireland and The Netherlands have also suspended vaccinations.  Meanwhile, cases are climbing again in some eastern European countries such as the Czech Republic, Poland and Hungary.

In the UK, the contraction in the economy in January was not as bad as feared albeit still affected by some one-off factors. In turn, this suggests the contraction in the economy in the first quarter of 2021 may be less severe than expected. Meanwhile, estate agent Savills said it expects house prices to increase by 4% this year, an upgrade from its previous assumption of zero price growth in 2021.

The European Central Banks (ECB) response to the recent move in long-term interest rates was a little more aggressive than the market had anticipated, pledging an increased pace of purchases which will be conducted ‘at a significantly higher pace’ than so far this year. The ECB is forecasting 4% growth in the Eurozone economy in 2021, with 4.1% growth in 2022 and 2.12% in 2023. Inflation is forecast to be 1.5% in 2021.The ECB decision to accelerate the pace of its asset purchases suggests an undershoot on inflation remains its greatest concern and should also preserve favourable financing condition across the Eurozone.

In the US, inflation is on the rise, but not sufficiently to concern the Federal Reserve with annualised CPI at 1.7% reflecting higher gasoline prices. President Joe Biden’s $1.9trillion stimulus package was approved which will include handing $1,400 directly to most Americans and their dependents.

China reported an acceleration in factory gate inflation to 1.7% in February reflecting the recovery in manufacturing export orders. However, consumer inflation dipped slightly last month as pork prices dropped by 15%. Industrial output growth and retail sales also grew strongly in February but the data was distorted by the timing of the New Year holiday.

Oil remained close to $70 after Saudi Arabia said that a storage tank at Ras Tanura in the country’s Gulf coast had been attacked by a sea borne drone.

Finally, yet another sign of changing times with Danish toy giant LEGO accelerating its digital transformation having just released LEGO VIDIYO, a partnership with Universal Music that allows children to make their own music videos. Meanwhile, LEGO has seen its fastest sales growth for five years helped during lockdown by families buying bigger LEGO sets that they can all make together.

Read Last Week’s Alpha Bites – The Tip of the Spear