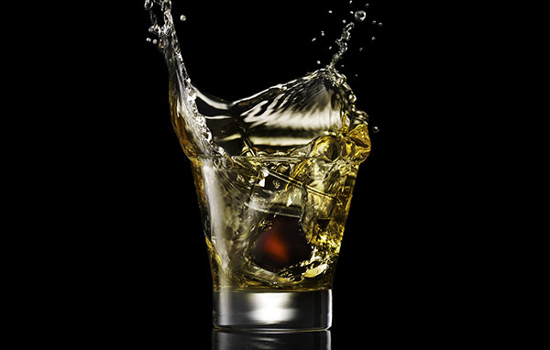 Is it goodbye or until the next time?

Pub chain JD Wetherspoon is calling time on the infamous Jäger bomb. The German herbal spirit Jägermeister is being replaced, along with a number of well-known European branded spirits, by domestic alternatives.

Well known as a champion of Brexit and free trade, Tim Martin, has made a commercial decision to side step EU angst, by promoting UK suppliers. Whilst a commendable move that others may well take note, unfortunately other sectors of the UK economy don’t have that flexibility to swiftly switch to domestic suppliers. In figures released today, HMRC has revealed that the UK imported £23bn worth of food in the first six-months of 2018 alone. Defra recently reaffirmed we are only 60% self-sufficient when it comes to food and a eye-watering 75% of all fruit and veg is imported.

With barely six-months to Brexit, a lot needs to happen to access a world of opportunity. In the short-term, without further progress, concerns about risks to imported goods or increased cost pressures, are likely to gather momentum.

Global equities steadied by the end of the week, but sentiment remains sensitive as to developments concerning the next potential round of US tariffs on China, with further detail expected later today.

It was a busy week for investors as a number of central bank meetings took place. Turkey’s rate hike seemed to offer some support to its currency, reassuring investors that at least for now the Turkish Central Bank retains some independence from President Erdogan. This decision was well-received by emerging markets, with stock indices and currencies extending their recent rebound.

Amongst other central bank news, Mark Carney’s comments grabbed the headlines on Friday as he stated that house prices could crash by up to 37% over a three-year period in a “worst-case” no-deal scenario, as the fall in Sterling would necessitate a material rise in interest rates. This stance seems to contradict the previous approach taken by the BoE, as interest rates were cut in response to the Brexit vote, notwithstanding the fall in Sterling. The Governor also agreed to extend his term by 7 months to ‘support a smooth exit’ from the EU.

Sterling rallied above $1.30 after reports that the EU chief negotiator Michel Barnier said that ‘achieving a Brexit deal in the next 6-8 weeks is realistic’.

In the UK, economic growth in the three months to July expanded by 0.6%, which was better than expected, propelled by the service sector which benefited from the World Cup and warm weather. However, manufacturing activity slipped a little. On Thursday, the BOE voted unanimously to hold the benchmark rate at 0.75%, after the latest hike in August, and raised their third quarter GDP growth estimate from 0.4% to 0.5%, also acknowledging stronger than expected consumer spending and pay settlements.

The US Trade Representative met the EU Commissioner for Trade, and talks are reported to have moved along ‘constructively’. The trade ministers are expected to meet again with a view to finalising new trade arrangements in November.

With regard to US-China trade disputes, Steve Mnuchin’s efforts to rekindle a dialogue, were once again put in question by Donald Trump as he said on Twitter that the US felt “no pressure to make a deal”. Whilst markets didn’t see a major reaction to these developments, mixed signals from the US administration continue, as Beijing attempts to establish which official, if any, is speaking for the US president.

The ECB kept interest rates on hold and provided guidance that rates are expected to stay at record lows “at least through the summer of 2019”. Furthermore, monthly bond purchases will ease from €30bn to €15bn from October, before the QE programme comes to an end in December this year.

Miners and steelmakers gained, as Chinese economic data came in better than expected. Industrial production rose 6.1% and retail sales also expanded. Fixed asset investment, however, fell to its lowest ever.

Despite the broadly positive economic data, Hong Kong and China stocks continued to decline as concerns about trade relations resurfaced. The Shanghai Composite Index now trades near the lows of early 2016 after the Chinese stock market crash.

Oil prices rose on fears that Hurricane Florence could disrupt supplies, which adds to comments from the International Energy Agency that oil prices could spiral higher.

Finally, a sign of how UK ‘high street’ has changed: online retailer ASOS, established June 2000, now has a market value greater than M&S, established 1884. ASOS has annual turnover of £1.9bn compared to M&S of £10.7bn.

Read Last Week’s Alpha Bites – 2p or not 2p, That is the Question