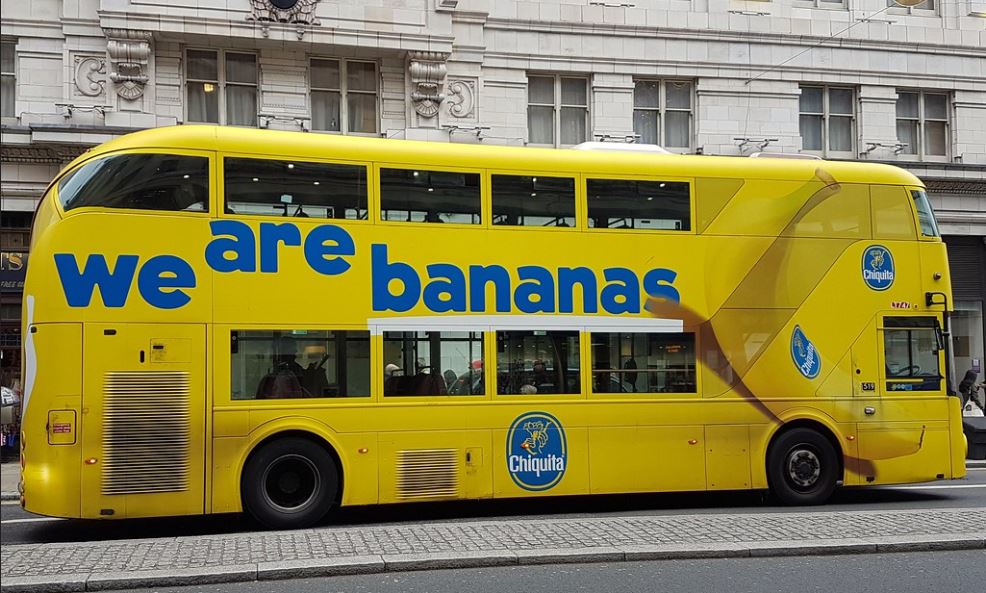 An estimated 30% of food consumed in the UK comes from the EU. However, in the case of some products such as spinach and olive oil, the EU is practically the UK’s sole supplier. This has raised concerns about product availability in the event of a no-deal Brexit. Fortunately, British food producers supply about 50% of the food consumed in the UK.

The remaining 20% of our food comes from across the globe, but even this is not without challenges. For example, take one of the UK’s most popular fruits, bananas. We are estimated to eat about 5 billion bananas a year. However, a fungal disease that kills Cavendish banana plants has recently been detected in South America which supplies the bulk of the world’s bananas. While there are more than 1,000 varieties of bananas, just under half of global production is the Cavendish type. The fungus was first detected in the 1990s in Malaysia and Indonesia and quickly spread to China. The disease is a serious threat to global banana production because it cannot be eradicated according to the United Nations and it can remain in the soil for up to 30 years. While the fungal disease is unlikely to have an impact in UK supermarkets yet, it has the potential to be serious.

Our politicians are returning to Westminster from their summer holidays and we seem to be fast approaching the Brexit end game. Suspending parliament is a brave call, but Boris Johnson will have to tread very carefully and avoid slipping on any banana skins as the Brexit deadline looms.

Global investors are having to spend far too much time trying to disentangle the, often contradictory, actions and words from President Trump surrounding the US-China trade dispute. The yield on 30-year US Treasury bonds hit an all-time low.

The previous week had seen a disturbing trade tariff ‘tit-for-tat’ with China imposing 10% tariffs on $75bn of US goods and the US raising the tariff rate from 25% to 30% on $300bn of Chinese goods. Markets took some comfort from President Trump’s comment at the G7 meeting that the two countries would resume talks ‘very shortly’. However, last week Chinese officials threw this into doubt by questioning his comments and, more importantly, tariffs on clothing and other imports from China went into effect on Sunday.

The dispute between the US and China is more than just about trade, it’s about longer-term strategic security and technology. This is reflected in the US Justice Department’s opposition to an undersea internet cable connection between Hong Kong and Los Angeles which is backed by Google, Facebook and a Chinese telecoms company.

Meanwhile, Japan’s trade and diplomatic dispute with South Korea has also escalated. South Korea has terminated its intelligence-sharing pact with Japan and has undertaken a military exercise near the Dokdo islands, that are controlled by South Korea but claimed by Japan.

Turning to Brexit, opposition MPs said they had agreed to try and block a no-deal Brexit by passing legislation in Parliament. PM Boris Johnson then asked the Queen to suspend parliament from September 10th which was approved by the Queen’s Privy Council. Parliament will re-open on October 14th ahead of the next EU summit on the 17th/18th. The news of parliament’s suspension was greeted much more calmly by the stock market than by most politicians and the media. Sterling edged back to $1.22 which seems an appropriately measured response to an increased likelihood of either a no deal Brexit or general election. However, the overseas earners supported the market while UK domestics such as housebuilders fell.

Elsewhere, protests in Hong Kong continued to escalate over the weekend and Hurricane Dorian reached record-strength winds in the Bahamas.

In the UK, the number of mortgages for house purchases in July climbed to the highest level since early 2017. Improving wage growth and rising employment remain supportive but the pick-up may also reflect people looking to complete house purchases before Brexit occurs on 31st October.

Business optimism, however, fell to a record low as the slump in UK manufacturing unexpectedly deepened in August pushing the sector to its lowest level in seven years. Whilst exports were hurt by trade tensions and global slowdown, it was also noted that some EU-based companies were starting to route supply chains away from the UK.

In the US, consumer confidence continues to confound predictions of recession and remains close to recent peaks. However, mortgage activity dropped to its lowest level in four months as the average borrowing cost on 30-year loans moved above 3.9%.

China continued to unveil further economic stimulus measures to counter the effects of US tariffs. The latest move is to help boost consumer spending by removing restrictions on car purchases. However, the Chinese economy remains under significant pressure and this was reflected by a drop in the official purchasing managers’ index reported on Saturday.

Brent oil edged above $60 on lower US oil inventories and concerns over Hurricane Dorian; however, prices came down sharply on Friday morning as concerns over global economic growth remain the main driver. In addition, Iranian President Hassan Rouhani said that there could not be any talks with the US until sanctions had first been lifted.

Finally, 29th August 2019 marked the end of PPI claims against UK banks which up to the end of May had already surpassed £35.7bn. This has provided a welcome boost for UK consumer spending and the economy. While the banks will be pleased to see the end of this sorry saga, they now face the next challenge – Brexit and negative European bond yields.