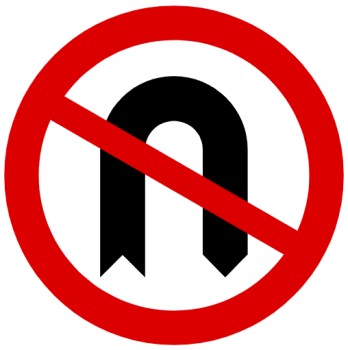 Boris Johnson’s government has seen its lead in voter polling evaporate with the Conservative and Labour parties are neck and neck on 40%. This would appear to reflect a procession of government U-turns which have provided Labour’s new leader Sir Keir Starmer with plenty of ammunition for Prime Minsters question time.

Pressure is also building on Chancellor Rishi Sunak. He was quick to react to the Covid-19 lockdown shock by introducing the furlough scheme to help avoid mass unemployment. As lockdown eases further, the challenge for the government is how to encourage those working from home back into the office. Clearly city centres, but particularly London, have been hit hard by the lack of commuting footfall. The UK economy is still reliant upon the health of the services sector.

The cost of the economic support package suggests a government deficit of over £300bn this fiscal year although due to the Bank of England QE programme and other central bank stimulus measures the cost of government borrowing remains close to all-time lows. Rishi Sunak made an impassioned plea to Conservative MPs last week to trust him and hinted that some tax rises might be required to pay for the increase in borrowing. ‘Now this doesn’t mean a horror show of tax rises with no end in sight…..but being honest about the challenges we face and how we plan to correct our public finances.’ Higher taxes are unlikely to encourage companies to invest or recruit and could also impact the housing market. Newly elected Conservative MPs, while resigned to tax rises, are likely to feel nervous.

The government is facing a tricky fourth quarter. The release of pent-up demand from the period of enforced lockdown has seen parts of the UK economy re-bound strongly such as housing and DIY, but as the furlough scheme winds down can the pick-up in economic activity be sustained if job losses increase?

This just happens to coincide with Brexit where time is fast running out to reach some form of trade agreement with the EU.

Boris Jonhson’s cabinet has looked a ‘barmy army’ in recent weeks. Let’s hope we have seen the end of U-turns and that the PM gets a firm grasp on the economy. Boris cannot afford to drop any more catches!

The UK stock market was the worst performer among the major global equity indices in both July and August. The US was the best performing market, technology the leading sector and growth continued to beat value. The appetite for US technology investments was reflected by Zoom which leapt 40% in a day on blowout quarterly results. Covid-19 concerns, domestic political unrest and a Presidential election race that currently looks too close to call are proving little hindrance to US investors.

By comparison, the cyclical nature of the main sectors within the UK market has proved unhelpful in the short-term, while Sterling’s strength has created another headwind for the US dollar earners at the top end of the market. The US Dollar remained close to a 28-month low following the US Federal Reserve’s shift in stance on targeting inflation. The UK also still has to sort out Brexit. To put this in context, the valuation of tech giant Apple has now surpassed the entire value of largest 100 quoted companies in the UK. However, the tech bubble did deflate slightly last week with the sector down by 4% on profit taking while Tesla has just been informed that it will not be promoted into the S&P 500 index.

The US market has also been supported by hopes that US politician will agree a package of further economic stimulus measures as well as some positive Covid-19 vaccine news. The Trump administration has urged US states to get ready to distribute a potential Covid-19 vaccine by November 1st -two days before the Presidential election! Meanwhile, GlaxoSmithKline and Sanofi announced that their Covid-19 vaccine was entering a 440-patient Phase II trial in the US, with a phase III trial to start at the end of the year. Competitors Moderna, Astra Zeneca and Pfizer/BioNTech all expect data from their phase III vaccine trials before the end of 2020.

In the UK, Professor Carl Heneghan from Oxford University said ‘There is currently no second wave. What we are seeing is a sharp rise in the number of healthy people who are carrying the virus, but exhibiting no symptoms. Almost all of them are young. They are being spotted-finally—a comprehensive system of national test and trace is in place.’ So, the key now, as the UK hopefully gets people back to offices and children to school, is to make sure the vulnerable, particularly those with underlying health conditions are protected.

Brexit has seen both sides harden their respective stance. Boris Johnson has warned the EU that Britain will accept ‘No Deal’ and move on if the deadline is not met by 15th October. In the meantime, the UK is planning new legislation that will override key parts of the Brexit withdrawal agreement. Officials believe this will risk poisoning the prospects of an eleventh-hour deal. Sterling edged back below $1.32.

In the UK, the manufacturing PMI improved again in August to 55.2 as lockdown restrictions eased helping to free-up supply chains. Business optimism remained near a 28-month high but employment is still a concern with job losses recorded for a seventh straight month.  House prices continued their post-lockdown recovery in August, recording their highest monthly rise in more than sixteen years with a rise of 2%, according to the Nationwide.

Eurozone manufacturing PMI held steady at 51.7 in August with Italy seeing the greatest improvement in activity.  However, the manufacturing sector continued to see job losses, notably in Germany. Meanwhile, the French government has announced a €100bn stimulus package.

US manufacturing PMI improved to a two-year high of 56.0 in August together with a pick-up in new orders.

In China, the Caixin services PMI remained firmly in expansion territory at 54.0 in August with companies starting to recruit once again after six-months of lay-offs. China’s exports also expanded more than expected in August rising by 9.5% but imports unexpectedly contracted in August by 2.1% despite efforts by China’s central bank to stimulate consumer demand.

Finally, amongst the key drivers of the US stock market this year has been Elon Musk’s Tesla. Its share price jumped 74% in August and is up nearly 500% so far in 2020. Tesla is worth $389bn -that’s more than America’s largest bank JPMorgan Chase. The recent jump comes despite market share data from Germany which shows that as other car manufacturers have launched electric vehicles, Tesla’s market share has dropped from over 18% a year ago to under 9%. A jolt of reality?