Too Big to Ignore 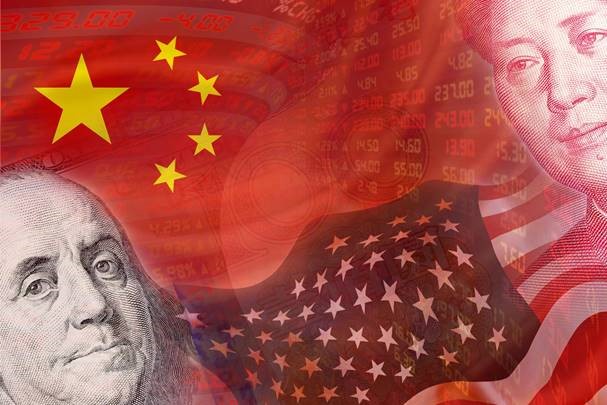 Government imposed lockdowns to tackle Covid-19 have been something of a wake-up call for many companies. In the era of globalisation and just in time supply chain efficiencies it has caused a massive disruption leading to shortages. To further complicate matters, there is escalating tension between the US and China.

A recent survey by supply chain management firm QIMA showed that 95% of US companies questioned said they would diversify suppliers both in and out of China. This also reflects President Trump’s ‘America First’ policy and his latest plan to offer tax breaks to encourage US companies to transfer manufacturing back to America.

This is not just a challenge for US companies, but many western businesses whose supply chains are deeply embedded in China. For many companies having a footprint in China has also aided penetration of the world’s second biggest economy. China has gone from being the world’s supplier to becoming one of the world’s most important customers. Having been the source of Covid-19 and ‘first- in’, China will also be ‘first -out’ and so the only major economy likely to grow in 2020.

The Chief Executive of the British Chamber of Commerce recently praised China’s business response to Covid-19 in re-assuring and giving confidence to businesses to re-open. ‘For companies who have supply chains and manufacturing operations, China very quickly gave tax incentives and support to business to re-assure them of their investments.’

While many economies have suffered body-blows during the second quarter of 2020, the Chinese economy, being ‘first-in’ and ‘first-out’ of the pandemic, appears to be recovering swiftly, judging by the latest manufacturing data.

Global economic growth will continue to be defined by the US, but China is now also becoming too big to ignore. Good trade relations between the US and China are essential for the health of the global economy so the ongoing spat over technology and Hong Kong is far from helpful. However, after the recent trade meeting postponement, the two sides are reported to have held ‘constructive’ talks.

Markets continued to be supported by positive vaccine news while the WHO said the rate of transmission is easing. The US Federal Reserve’s (Fed) new inflation target and encouraging noises from trade talks between the US and China were also supportive although funds continued to flow into the technology sector as the NASDAQ index touched another record high driven by the likes of Tesla. The change in Fed strategy saw the Dollar weaken with Sterling moving above $1.34.

Covid-19 continues to dominate news headlines with France and Italy recording their highest number of daily cases since May while in Asia, South Korea has tightened social distancing requirements. However, countries do appear to be getting better at managing ‘regional clusters’ of new cases and medically better at managing serious cases in hospital. With many of the new cases amongst the younger population there is less hospitalisation but protection of the elderly or those with underlying health issues remains vital. Meanwhile, the Oxford- Astra Zeneca vaccine data might be with pharmaceutical regulators before the end of 2020. However, European pharmaceutical companies are pushing the EU for protection from lawsuits if there are problems with Covid-19 vaccines as the pandemic has led to the fast tracking of development.

The US and China held talks last week about the ‘phase one’ trade deal after the discussion was delayed earlier this month by President Trump who said ‘I do no want to talk to China right now’. However, talks between US Treasury Secretary Steve Mnuchin and Chinese Vice Premier Liu He were described as ‘constructive’. Washington said that the parties ‘addressed steps that China has taken to undertake structural changes called for by the agreement. Both sides see progress and are committed to taking the steps necessary to ensure the success of the agreement’.

Just as President Trump cracks down on Chinese firms, Ant, owner of Alipay, China’s leading mobile payments business has announced it is to float on the Hong Kong Stock Exchange and Shanghai Stock exchange Star board, the Chinese equivalent of the US NASDAQ.  Alipay is estimated to process more volume than Visa and Mastercard combined and the 15% stake to be listed, would at $30bn be the world’s largest share offer in history, exceeding last year’s Saudi Arabian Aramco float. Noticeably, Ant has not chosen to list in the US or Europe.

Germany scrapped plans to discuss Brexit at a meeting of EU ambassadors due to lack of progress in talks. German Chancellor Angela Merkel had been expected to play a crucial role in breaking the deadlock.

In the UK, Boris Johnson dismissed as ‘absolute nonsense’ a suggestion that he will quit early next year. Media speculation was fuelled by comments from the father-in-law of senior aide Dominic Cummings who reportedly said the PM was struggling with his health after his time in hospital with Coronavirus. The HMRC/ONS revealed there were 6.8million Britons on furlough at the end of June and some economists suggest this may have come down to 4million in August as more of the economy has re-opened. This number will be key for unemployment as the government furlough scheme winds down over the next few months. Meanwhile, there has been some positive online and retail footfall data. This appears due to travel restrictions with many Britons who can’t go on holiday overseas are taking short staycations or are going shopping on day trips.

In the US, the Republican Party formally nominated President Trump for a second term in the White House. Is Trump getting increasingly desperate? Last week he made a lot of noise about approving a potential plasma treatment for Covid-19 for which the FDA has now given emergency authorisation. Trump’s election campaign now appears to be focusing on the BLM protests and highlighting violence in cities run by Democratic mayors and governors. Meanwhile, US Treasury Secretary Steve Mnuchin said the Republicans will unveil a new economic stimulus bill to try to break the current deadlock with the Democrats.

US consumer confidence was weaker than expected in August possibly reflecting the recent pick-up in new Covid-19 cases but against this new home sales were very strong, reaching the highest level since the financial crisis. Fed Chair Jerome Powell announced a revised statement of the US central bank’s longer run goals. The key change is that the inflation target is now to average 2% over time. This would suggest that inflation will be allowed to go above 2% implying lower for longer interest rates. The Fed must believe that the US can have a robust jobs market without an inflation problem developing. The US Dollar weakened on the news with Sterling moving above $1.325.

India was the latest economy to reveal the economic cost of Covid-19 lockdown. The Indian economy contracted by almost 24% in the second quarter of 2020. Last week, India recorded the world’s highest single-day increase in new cases of Covid-19.

In Japan, PM Shinzo Abe is set to step down due to health reasons. He has been a key driver of Japanese economic stimulus packages known as ‘Abenomics’. Meanwhile, the downturn in Japan’s manufacturing sector eased in August helped by the loosening of lockdown measures.

Brent oil moved above $45 as category 4 hurricane Laura made landfall in Louisiana, USA.

Finally, another reminder that Covid-19 may be with us for quite some time. A 35- year old man in Hong Kong has become the first person confirmed to have caught Covid-19 for a second time nearly five months after he was originally infected with the virus. However, on the second occasion he displayed no symptoms of infection.