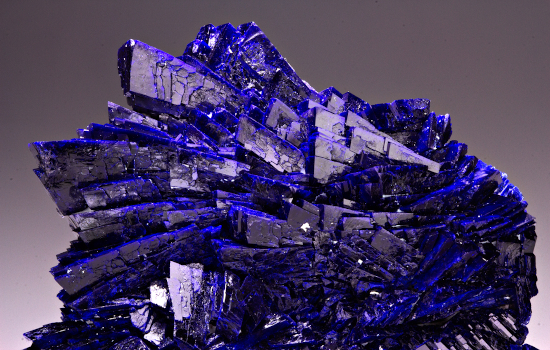 The growth of electric vehicles has sent demand soaring for cobalt, an essential component in batteries. Some analysts have calculated that the amount required for the batteries of just the UK’s electric cars in 2050 would require nearly twice the world’s current output of cobalt.

At the moment most of the world’s cobalt is mined in the Democratic Republic of Congo which has faced allegations of corruption, environmental damage and child labour. This has led some engineers to seek new sources of cobalt and one major goal is to use potato-size rocks known as ‘nodules’ that lie on the seabed.

The EU is supporting project ‘Blue Nodule’ to explore new sources of cobalt and test a remotely controlled prototype mining machine on the seabed. The challenge is that the cobalt bearing nodules are about 5km below the surface of the ocean with high -pressure, pitch black conditions.  In addition, environmentalists must be concerned that while the project is supporting a greener driving solution that undersea mining could damage the seabed.

As ever when it comes to protecting planet Earth, there are environmental issues and important questions for consumers. Mining from the seabed in territorial waters will also be dependent upon individual government approval. However, given how lucrative cobalt mining could be, some emerging nations with coastal deposits of cobalt bearing nodules would no doubt jump at the opportunity to develop a new valuable source of natural resource revenue.

The BBC programme ‘Blue Planet’ led to a fundamental change in our view of plastics and the impact upon the world’s oceans. Just what Sir David Attenborough thinks about blue nodules remains to be seen.

Two pivotal days for investors with the Boris Johnson’s thumping win in the UK general election in the UK on the 12th and US/China potential trade deal news on the 13th.

The UK had been viewed as ‘un-investable’ by many US and global asset allocators due to the risk of Corbynism. While Brexit still has to be resolved, the removal of the Corbyn risk should be supportive of UK equities as overseas investors re-visit undervalued UK assets.

President Trump tweeted ‘We have agreed a very large Phase One deal with China’. Meanwhile, China’s Vice Commerce Minister Wang Shouwen said that the text of a phase one trade deal has been agreed which will see the removal of tariffs on Chinese goods in stages. The US and China have in principle agreed on a phase one deal text which covers intellectual property, technology transfer, agriculture, financials services and currency as well as dispute resolution. It is also believed to include China’s commitment to buy US manufactured goods, food, agricultural products and energy over the next two years in a total amount exceeding its 2017 imports by no less than $200bn. The US will maintain tariffs of 25% on $250bn of Chinese goods, along with 7.5% tariffs on a further $120bn. The US will not impose 15% tariffs on the $160bn of goods that had expected to happen on 15th December. The US and China are believed to be signing phase one of the deal in January 2020. Markets welcomed this news which de-escalates tension for now. However, the deal still needs to be signed and tensions could re-escalate next year given the ongoing dispute over intellectual property and technology.

Boris Johnson’s thumping win in the general election should give a strongly needed boost to economic growth which had ground to a halt under a weight of uncertainty. The win should help the UK avoid recession and hopefully lead to an acceleration in investment and consumer spending in the early part of 2020. Thereafter, however, the outlook becomes clouded by Brexit once again. PM Boris Johnson will have no problem speedily pushing his Brexit deal through Parliament as soon as possible. With a sizeable majority he will no longer have to rely upon the Conservative ERG votes, so could extend the Brexit transition period. EU negotiators, seeing the strength of his mandate, must surely now accept it is in the interest of both sides to compromise. However, the option of Boris Johnson pushing for looser alignment with the EU and threatening to take the UK onto WTO trading terms in 2021 if the EU does not capitulate is for the first time feasible and credible. This could well set the UK up for another Brexit ‘cliff edge’ towards the end of 2020.

In Europe, Christine Lagarde the new president of the European Central Bank (ECB) gave her first news conference. She said incoming data pointed to continued muted inflation pressures and weak euro area growth dynamics. The ECB Governing Council re-iterated the need for ‘monetary policy to remain highly accommodative’. The US and China trade dispute continues to weigh on the manufacturing sector and is dampening business investment. Investors were comforted by her comment ‘what gives us hope is the fact that the downside risks to the growth outlook are less pronounced’.

In the US, Jerome Powell Chair of the Federal Reserve (Fed) was very explicit in guiding that only a ‘persistent and significant rise in inflation’ would lead him to support more interest rate increases. The forward-looking interest rate ‘dot-plot’ chart continues to show no change in interest rate expectations in 2020 although some members of the Fed still see some hikes possible in 2021 and 2022. Meanwhile, the Fed has announced further liquidity injections of $150bn into the US overnight funding markets.

Surging pork prices due to Asian Swine Fever drove Chinese inflation in November to the highest level since 2012. Factory-gate deflation eased slightly. The inflation data may complicate efforts to boost the economy through further monetary easing.

Brent oil moved above $65 on news of the agreed ‘phase one’ trade deal text between the US and China.

Finally, ‘Whisky Galore’. Auctioneers have unveiled the largest private collection of whisky ever to go on public sale next year. Some 3,900 bottles are to be auctioned and are estimated to be worth between £7m-£8m. That’s around £1,900 a bottle so buyers might need a stiff drink!

This is our last Alpha Bites of 2019 as we enjoy the festive break.

Wishing all of our readers a very Merry Christmas and prosperous 2020.