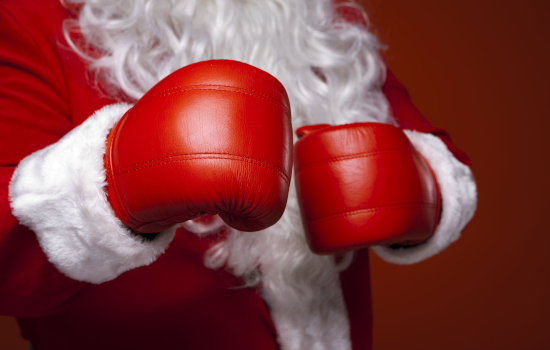 Congratulations to Anthony Joshua on regaining his heavyweight titles in the re-match against Andy Ruiz Jr. on Saturday.

However, there is an even more significant world ’heavyweight’ bout underway between Donald Trump and Xi Jinping that will really make history. Both world leaders are effectively fighting over 5G -the fifth generation of mobile networks. 5G smartphones could be up to 100 times faster than the standard 4G. The ‘Internet of Things’ driven by 5G, has the potential to be transformational from superfast broadband with no need for landlines to driverless cars. China is racing ahead with the rollout of its 5G network. At the end of October, China launched 5G services in more than 50 cities. This could present China with a massive technological lead over the US.

In the US and UK, the rollout of 5G networks has been hampered by an international row over a key supplier of 5G equipment, China’s Huawei. The US has banned the use of Huawei equipment over security fears. America argues that China’s technological advances have been built upon stolen intellectual property rights and heavy government subsidies. President Trump is putting pressure on Huawei in an attempt to break China’s potential dominance of the global 5G market. China has already retaliated by announcing that all government offices must remove all ‘foreign’ computer equipment and software within three years.

A ‘phase one’ trade deal is coming to a head this week, but is only the opening round of the fight between the US and China. The next phase is about long-term leadership in technology and who is the world’s number one super-power.

In the meantime, in UK the result of the ‘light flyweight’ bout between Johnson and Corbyn will be known on Friday. Will Johnson land a knock-out blow or will Corbyn stop him in his tracks with a hard-left?

Global risk appetite had been improving on hopes that the economic slowdown might be past its worst. This belief was supported by the global manufacturing activity indicator which expanded in October. However, just as investors were hoping we had turned a corner on economic activity and  President Trump has once again created more uncertainty. He has proposed a new round of tariffs that risk further dampening global economic growth in 2020.

Last week, President Trump re-instated 25% tariffs on steel and 15% tariffs on aluminium imports from Brazil and Argentina. He accused both countries of a massive currency devaluation which is hurting US farmers. Brazil’s exports of soybeans to China has grown rapidly since the trade war began, undermining Trump’s efforts to sell more agricultural products in the region. President Trump announced he is also planning 100% tariffs on $2.4bn of French exports to the US in retaliation for a new digital services tax in France on profits from various US technology companies.

Investors have been waiting for phase one of the US and China trade deal mindful of the current US deadline of 15th December, when 15% tariffs on a further $156bn of Chinese imports are set to be introduced. On his current form, will Trump employ the carrot or the stick? The previous week, Trump said that the US and China were in the ‘final throes’ of a deal. Last week, Trump changed his tune saying that he ‘has no deadline for a trade deal with China’ and in some ways liked the idea of waiting until after the US election in November 2020. Is this posturing by the US President ahead of the 15th deadline? Markets remain cautiously optimistic that phase one of a trade deal will still be done. China’s weak export data released over the weekend strengthens the case for a deal.  However, to further muddy the water, China is reported to be planning to publish a list of ‘unreliable entities’ that could lead to sanctions against some US companies. This is in response to a US bill to apply sanctions against Chinese officials involved in alleged abuses of Uighur Muslims in Xinjiang.

In the UK, Sterling moved above $1.31 on growing expectations of a Conservative majority in the general election on 12th December as polling data currently shows the Conservatives maintaining their lead over Labour. Meanwhile, UK construction activity continued to contract in November reflecting election uncertainty although the very wet weather was also unhelpful. Activity in the service sector also dipped slightly in November but was better than expected. Brexit and political uncertainty, was reflected by a temporary suspension of one of the UK’s biggest commercial property fund, worth £2.5bn which, is run by M&G.

In Europe, the new President of the European Central Bank (ECB) Christine Lagarde has confirmed that climate change considerations can play a role in the central bank’s policy review. The EU climate change policy would appear to give the ECB more reasons to ease. Meanwhile, economic activity indicators for the Eurozone in November were marginally better, helped by Germany and Spain although France and Italy were a bit weaker.

The US is not immune from the current global trade tariff uncertainty. Manufacturing activity indicators contracted for the fourth straight month in a row in November.

In China, activity in the service sector was better than expected in November and was the highest level since April. However, Chinese exports fell in November as shipments to the US slowed sharply which puts more pressure on China to agree phase one of a trade deal with the US.

Brent oil edged up to $64 as OPEC agreed to deepen oil production cuts by 500K barrels a day in early 2020. This coincides with a significant moment for the US which, is very close to becoming energy independent.

Finally, Swiss tennis player Roger Federer will become the first living person to be celebrated on a 20  franc silver coin in the country. The Royal Mint should consider doing something similar for British tennis player Andy Murray and issue a new coin. Perhaps they could call it a Murray Mint?