Going up in Smoke 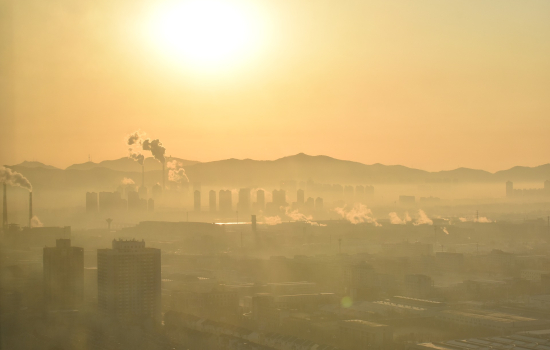 Scientists at Cardiff University recently published a study which suggests that global wind speeds have increased substantially since 2010. Heating of the Earth’s surface has changed ocean and atmospheric circulation patterns which, together with a change in land surface roughness has increased wind speeds.

Technical innovation was believed to be the main driver of increased wind turbine energy generation, but the scientists estimate that about half of the improvement might actually be due to increased wind speeds. They also forecast that if the wind trends persist for the next ten years that electricity output from a typical wind turbine could increase by 37%.

China is a leader in wind energy, with over a third of the world’s capacity. However, while the rest of the world has cut coal-based power generation over the last 18-months, according to Global Energy Monitor, China has dramatically increased its capacity! The rest of the world has reduced capacity by 8GW, whilst China has added 42.9GW, enough to power 31 million homes. China is building about 50% more coal power plants than are under construction in all other countries combined. Furthermore, it is providing finance for some 25% of the coal power plants in these other countries. This growth could single-handedly undermine global climate change targets.

United Nations (UN) delegates are gathering at the 25th Conference of Parties (COP) this week in Madrid to discuss climate change. UN General Secretary Antonio Guterres has already criticised China’s use and development of coal.

Sounds like Extinction Rebellion needs to visit Beijing but probably not advisable given what’s happened to democracy protesters recently in Hong Kong.

Risk appetite continues to be supported by cautious optimism over the prospects for a US/China ‘phase one’ trade deal. President Trump’s suggestion that the US and China are in the ‘final throes’ of agreeing a trade deal helped sustain the positive momentum. However, President Trump has   signed into law a bill that supports pro-democracy protesters in Hong Kong. China’s foreign ministry threatened ‘countermeasures’ if the US continued ‘going down the wrong path’ although it is not clear if this would de-rail the current trade talks.  Meanwhile, markets appear to be ignoring the presidential impeachment with the next round of interviews due to begin on the 4th December.

Global markets are also being supported by the recent shift in central bank monetary policy stance (Federal Reserve and European Central Bank), global growth stabilisation, US economic resilience, an encouraging US third quarter company earnings season and hopes of a return to earnings growth in 2020. Ongoing takeover activity has also been supportive of risk assets.

Sterling slipped back below $1.29 as the latest polls showed that the Conservative lead over Labour had narrowed very slightly. However, one closely watched poll from YouGov, which successfully predicted a hung parliament in 2017, is suggesting a 68-seat majority for Boris Johnson.

In the UK, Brexit and the general election continues to overshadow the housing market. Mortgage approvals dropped to a seven-month low in October.

In the US, consumer confidence dropped for the fourth straight month in a row in November although remains at a healthy level.  The Chair of the Federal Reserve (FED) Jerome Powell re-iterated monetary policy which he believes is well positioned to support the Fed’s goals and that the bar for further changes to interest rates is currently high. In the meantime, third quarter US economic growth has been revised upwards from 1.9% to 2.1%. The October US durable goods report was stronger than expected.

In Japan, retail sales were much weaker than expected in October although this is partly explained by Typhoon Hagibis which shut down most of Tokyo as well as the introduction of a new sales tax.

In China, industrial sector company profits declined at a faster rate in October reflecting the impact of a slowing economy and the US/China trade tariff dispute. However, manufacturing activity indicators for November returned to expansion for the fist time in seven months.

Increasing trade optimism continues to support Brent oil at $61 despite a build in US oil inventories.

Finally, an interesting investment opportunity or should that be ‘a bird in the hand’? Two of British television’s most famous puppets-Keith Harris’ Orville the Duck and Rod Hull’s mischievous Emu are going on sale at auction.  The auctioneer estimates they could each fetch £10,000.