Having Trouble Taking Off Captain? 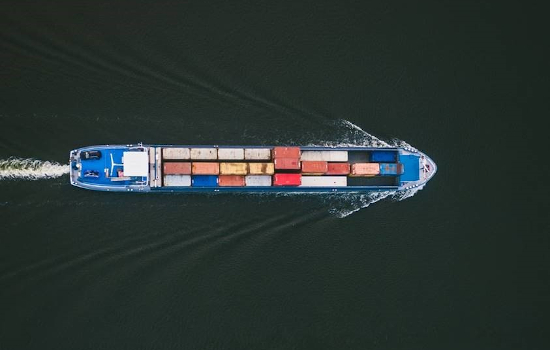 “Having trouble taking off, captain?” A question once asked of me by a policeman who had pulled my car over. However, ship captains may also need to watch their speed in the future.

The International Maritime Organisation (IMO) has been discussing the speed of ships following a study and campaign undertaken by Seas at Risk and Transport & Environment. The report found that cutting ship speed by 20% would cut sulphur and nitrogen oxide emissions by about 24%. There would also be significant reductions in black carbon contained in the smoke from ship exhausts. Additional benefits for marine wildlife would be a reduction in underwater noise by 66%, while the chances of whale collisions could be cut by 78%.

Shipping is estimated to generate about 3% of the total global climate warming gases. Like aviation, shipping was not covered in the Paris climate agreement, due to it being an international activity. The shipping industry has agreed to reduce the level of sulphur in ships’ fuel oil from 3.5% to 0.5% from 1st January 2020 and reduce overall emissions by 50% by 2050.

However, in the era of global supply chains, just-in- time inventories and western consumers buying cheaper goods from Asia there are commercial pressures to increase ship speeds. This is because about 80% of the world’s goods are carried by ships. Typically, container shipments from Asia to the UK can take between 25-30 days.  If ships travel more slowly how will factory production be affected? If the IMO takes action to reduce ship speeds would UK consumers be willing to be more patient to help save the planet mindful that many internet retailers have built next day customer delivery ordering systems? Would companies have to hold more stock in future to compensate for slower delivery times from Asia?

Finally, agreement has not been reached on who is going to enforce speeding penalties.

The direction of global markets continues to be dictated by trade talks between the US and China. Last week proved a roller coaster with media reports regarding the likelihood of a ‘phase one’ deal changing daily!

Following the previous week’s ‘constructive talks’, a spanner seems to have been thrown in the works by the democracy protests in Hong Kong. The US Senate passed the Hong Kong democracy bill and China warned of unspecified countermeasures if this becomes law. In addition, US Vice-President Mike Pence warned it would be difficult to sign a trade deal if Hong Kong protests were met with violence. Despite comments from Chinese Vice Premier Liu that he is ‘cautiously optimistic’ about a phase one agreement, doubts are growing about whether it can be achieved this year. President Trump said China was not stepping up to the level he wants for the two sides to reach a deal. However, the latest reports suggest US Treasury Secretary Steve Mnuchin has been invited to Beijing for more discussions while over the weekend China suggested it would seek to improve protection of intellectual property, a key US demand. Even without a ‘phase one’ deal the US is seen as unlikely to implement December tariffs as talks continue. Developments are not helped as the net appears to be tightening on President Trump as the impeachment process continues.

Sterling remained around $1.29 as polling showed the Conservatives well ahead of the other parties. Unfortunately, this is the same position as in the 2017 election and some constituency-level analysis suggests that a parliament just as gridlocked as the previous one still cannot be ruled out at this stage. In the event of a hung parliament, the political deadlock might continue but it would probably reduce the chance of a no-deal Brexit. ‘Flash’ economic activity data for the UK in November reflected election uncertainty and the unwind of inventory build by companies and is indicative of the economy contracting by around 0.2% in the fourth quarter.

The Eurozone ‘flash’ economic activity indicators for November saw manufacturing slip again with the lowest reading since 2013 while new orders contracted for a third straight month in a row. The services sector remained in expansion but stands at a 10-month low. The ‘flash’ data is indicative of Eurozone economic growth of around 0.1% in the fourth quarter.

In the US, meeting minutes of the Federal Reserve (Fed) suggest that its committee members feel economic downside risks are elevated. Interest rates are about right and it would require a material reassessment of their view on the economic outlook for interest rates to be cut further. However, the Fed committee is split in its opinions.

Japanese exports recorded the biggest decline in three years in October due to the US/China trade dispute and aftermath of Typhoon Hagibis.

China continues to take supportive measures for its economy as the trade dispute with the US drags on. One of China’s key benchmark interest rates that guides private sector borrowing costs, the Loan Prime Rate was cut from 5% to 4.15%. Meanwhile, Hong Kong’s leader Carrie Lam has said the government will seriously reflect after local elections saw massive gains by pro-democracy candidates.

Despite uncertainty over US and China trade talks, Brent oil remained above $63 as reports emerged that OPEC could extend its production cuts into 2020.

Finally, we ‘Brits’ are fed up with politicians and general elections. However, something did make us smile last week. PM Boris Johnson was presenting at the CBI and apologised for calling a ‘Dyno-rod’ election. Apparently, it is needed to clear the blockage in parliament!