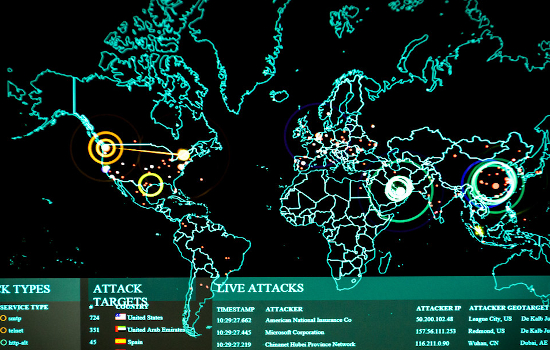 Wall Street hit a fresh all-time high last week as the US and China announced that they had held ‘constructive discussions’ in phase one of their trade talks. However, we are mindful that phase two, covering intellectual property and technology is something of a more challenging long-term goal. In the meantime, tension between the two super-powers has once again been highlighted by Taiwan, which China steadfastly views as part of the mainland.

Taiwan has recently taken part in the annual cyber-war exercise ‘Cyber Storm’. This involved cyber specialists from the US, Indonesia and Australia challenging Taiwan’s cyber security defences. Taiwanese officials in local government were targeted with phishing emails and texts into accepting malicious communications.

The US participation in Taiwan’s cyber security drills along with Japan is unlikely to go down well with Chinese authorities. It also reflects how the nature of conflict is changing. The West is   continuing to monitor China’s handling of the democracy protests in Hong Kong.

These days, the biggest risk to many nations is not troops landing on the beaches, but malign computer software that could shut down critical infrastructure or hospitals.

Nobody seems safe from hackers. Last week, the Labour party said it had experienced two sophisticated and large-scale cyber-attacks.

Markets remained focused on the potential US and China trade deal. President Trump said that the US was close to signing ‘phase one’ of the trade deal with China but did not offer clarity on a rollback of import tariffs. He did threaten to raise tariffs significantly if the two countries can’t strike a trade deal soon. With the US stock market at an all-time high President Trump probably feels he is winning, unfortunately his America first policy is hurting many other export driven economies besides China.

Trade tariff uncertainty was reflected in weak Chinese industrial production data in October. In addition, a maritime research house estimates that container shipments from Asia into American west coast ports dropped by 4% in October. This is traditionally the busiest month for US retailers to stock up with seasonal goods manufactured in China for Christmas.

President Trump also criticised the EU over its trade policy, claiming that it has set up ‘terrible barriers’ that in some ways are worse than China’s. Given the current US/EU trade dispute over Boeing /Airbus subsidies this comment is a concern. Trump had threatened to impose tariffs on EU car imports, with a deadline set for last week but reports suggest this decision could be delayed by six months while he focuses on securing an initial trade deal with China.

In the UK, soft economic growth and manufacturing activity illustrated why the Bank of England ‘s monetary policy has become more ‘dovish’. The economy grew by 0.3% in the third quarter but this was entirely due to growth in July with September down by 0.1%. The manufacturing sector continued to struggle in September with another small dip in activity. Meanwhile, there was a slight slowdown in UK wage growth to 3.6% in the three months ended September. Unemployment dipped slightly again but the number of job vacancies dropped at the fastest pace since 2009.  Wage growth remains comfortably above inflation which, in October dropped to 1.5%. This should bode well for the UK economy if election and Brexit uncertainty can be removed.

Turning to the general election, Brexit party leader Nigel Farage said it will not stand candidates in the 317 seats won by the Conservatives at the 2017 election as this would increase the chances of a second referendum. Instead the Brexit party will concentrate on wining seats held by the Labour party although these will be some of the seats the Conservatives need to win if Boris Johnson is to have a decent working majority in parliament. Sterling edged up to $1.295 following strong election polling from the Conservatives.

In the US, Federal Reserve (Fed) Chair Jerome Powell’s testimony to Congress expressed confidence about sustained expansion for the US economy, with low unemployment supporting household spending. As a result, he does not see any pressing need for further Fed support for the economy until well into 2020. Last week’s economic data was mixed with a recovery in retail sales but soft industrial production.

Japan’s economy expanded at the slowest pace in a year. The economy grew at an annualised rate of 0.2% in the third quarter. As an export driven economy, Japan has been affected by US/China trade tariff uncertainty on global trade.

In China, Asian Swine Flu has decimated the pig population driving up pork prices and in turn inflation which touched 3.8% in October. However, factory prices continued to decline. Industrial production in October was much weaker than expected and capital investment growth was the weakest on record. Against this, retail sales grew by over 7% albeit this was slower than expected. Meanwhile, the violent democracy protests continue in Hong Kong. The Chinese authorities are still undertaking supportive stimulus measures and the People’s Bank of China trimmed its reverse repo rate to support bank lending.

Iran announced it has discovered a new oil field that would increase its proven reserves by a third but the country remains challenged by US led sanctions. Brent oil remained around $63.

Finally, England may not have won the Rugby World Cup but there were other winners. Broadcaster ITV saw an increase in advertising revenue, while Heathrow Airport saw increased passenger numbers on flights to Japan.