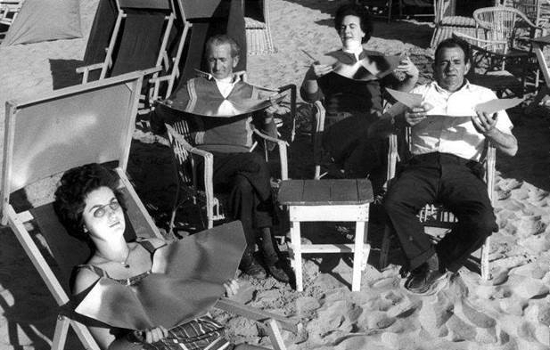 Apparently, an African Plume is about to bring us the hottest July day on record. Last week, controversial climate protesters Extinction Rebellion took to the streets in London, Glasgow, Leeds, Cardiff and Bristol in a so-called summer uprising.

Many towns and cities across the UK have already declared ‘a climate emergency’, although there is no absolute definition of what that means. Bristol Council is aiming for the city to be carbon neutral by 2030, but Extinction Rebellion is disappointed by the lack of progress.

Science continues to flag global warming as an issue. Last week, scientists from the Swiss Federal Institute of Technology released a report which predicts that London could feel as hot as Barcelona by 2050. The study looked at how a 2-degree temperature increase could change the world’s top 500 cities by comparing the present day to what temperatures were in the pre-industrial period. That would result in the average UK temperature during summer’s hottest month increasing by about six degrees to 27C. More than 20% of cities, such as Singapore and Kuala Lumpur will experience temperatures that have not been recorded before.

The report doesn’t allow for extreme weather results. For example, after the ‘Beast from the East’ and prolonged heatwave of 2018, the early summer of 2019 saw two months’ worth of rainfall falling in a day in some parts of the UK, followed by a heatwave with parts of Europe setting new record temperatures. The US National Oceanic & Atmospheric Administration has confirmed the world experienced its hottest June on record.

The UK government has committed to reaching net zero carbon emissions by 2050, but Extinction Rebellion wants this target brought forward to 2025. Will we one day see similar climate protests where it really matters in Washington and Beijing, or would any such rebellion activists face extinction?

From an investment point of view, more extreme temperatures, along with rising sea levels will, in the longer-term, create opportunities and challenges. Mind you, if parts of the UK are hotter than Barcelona, it should be good news for UK tourism and stay-cations and so reduce airplane emissions!

While the US market has recently touched new highs on interest rate cut hopes, the global economic outlook continues to be overshadowed by the ongoing US/China trade tariff dispute. This uncertainty was reflected by the announcement from American brewer AB Inbev, that it was cancelling the proposed $10bn listing of its Asian business due to market uncertainty. This follows the recent cancellation of the £3bn London flotation of Swiss RE’s UK life insurance arm ReAssure. Global fund manager risk appetite for big new equity issues is clearly waning. A combination of US interest rate cut hopes and tension in the Gulf of Oman saw gold hit a new six-year high.

Last week we highlighted that we appeared to be right back to QE distorted markets even though QE has not re-started yet. Following Italy’s bond auction, that was six times oversubscribed by investors, we note that Greece is planning to issue new 7-year bonds as the yield has dropped well below that of US bonds of similar maturity! This follows the recent Greek election result which might bring the country back to the political mainstream, but also reflects investor hopes of more stimulus from the European Central Bank.

Phone conversations continue between the US and China on trade although press commentary has continued to highlight obstacles to a deal with Huawei being the main hurdle.  President Trump said that he could impose more tariffs on China after a number of reports suggested that China is in no hurry to make a trade deal.  President Trump also conceded his personal relationship with Chinese President Xi is not as strong as it once was. Relations will not be helped by the US State Department approval of a potential arms sale to Taiwan.

Despite positive UK wage data, Sterling slipped under $1.25 as the latest debate between the two Conservative leadership candidates suggested both had hardened their position on the controversial Irish back-stop increasing the risk of a no deal Brexit. However, MPs have voted in favour of a measure that could block efforts by the next PM to force through a no-deal Brexit by suspending Parliament. Meanwhile, the new EU President Ursula von der Leyen said she was ‘ready for a further extension of the withdrawal date should more time be required for a good reason’.  The Office for Budget Responsibility warned that the UK economy could fall into recession in 2020 if the country leaves the EU without a deal. This would reflect heightened uncertainty deterring business investment and higher trade barriers weighing on exports to the EU.

In the UK, wage growth was 3.6% in the 12-months to May 2019, the highest rate of increase since 2008. Wage growth increased to 3.8% in the last 3-months of the survey period. Increases in the National Living (and Minimum) Wage rates, along with the timing of some National Health Service pay increases supported the figures. Nevertheless, wages appear on a genuine, albeit modestly higher trend. This should bode well for the UK economy if Brexit uncertainty can be removed. Chancellor Philip Hammond confirmed his widely expected departure. The incoming Chancellor will face a challenging start with June’s UK government borrowing the highest amount for some four years, which did little to allay fears that the economy has begun to undermine the recent improvement in the public finances.

In the US, freight traffic shipments fell for the seventh-month in a row, suggesting that trade tensions with China are starting to have an effect on the economy. A similar prolonged slowdown in freight traffic in 2000 and 2007 both preceded a wider downturn in US economic activity. However, US manufacturing output increased in June for the second month in a row, mainly due to an increase in car production. The Wall Street Journal suggested that the Federal Reserve will settle for a 0.25% interest rate cut.

Brent oil moved back above $63 on news that Iran had seized a UK registered oil tanker in the Gulf of Oman.

Finally, the Bank of England (BoE) has chosen computer pioneer and codebreaker Alan Turing to feature on the new design of the £50 note to enter circulation in 2021. There are 344million £50 notes currently in circulation, but when did you last see one?