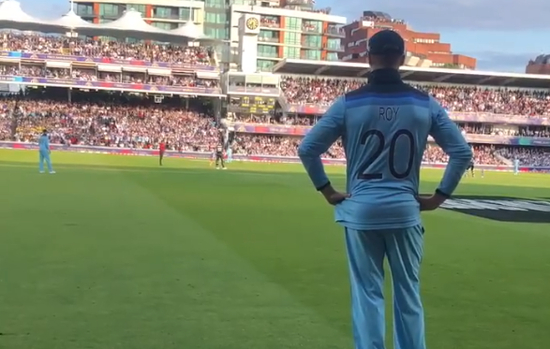 While New Zealand may accuse England’s cricket team of hijacking the World Cup after the freak six-runs from the incredible Ben Stokes deflection, it was one of the most thrilling matches ever, with both sides showing a lot of heart, down to the last ball of the Super Over. Who said cricket was boring?

Talking of hijacking, in June 2018 British Airways was the target of a cyber-attack. The personal details of some 500,000 customers were harvested by the attackers.

The 2018 General Data Protection Regulation (GDPR) covers the EU and was the biggest shake-up to data privacy in 20-years. Under the former Data Protection Act 1998 the biggest permissible fine was £500,000, and imposed on Facebook for its role in the Cambridge Analytica data scandal.

Under the new GDPR, the maximum fine is either €20m or 4% of annual global turnover. The Information Commissioner’s Office has recently handed British Airways a record fine under the new rules of £183m. This amounts to 1.5% of British Airways worldwide turnover in 2017 so, is actually less than the possible maximum. British Airways parent, FTSE-100 constituent, International Consolidated Airlines Group or IAG, said it was ‘surprised and disappointed’ by the penalty.

Meanwhile, over the weekend, the US Federal Trade Commission is rumoured to be hitting Facebook with a record $5bn fine to settle its own investigations into privacy violations in the wake of the Cambridge Analytica scandal.

The record British Airways fine is a ‘wake-up call’ to all UK businesses to treat customer data with the utmost care and to expect severe punishment when things go wrong.

It is also another reminder for customers to always be wary of identity theft. For those of you who want to learn more about protecting yourself, then FCA ScamSmart on the FCA website is good place to start.

After overdosing on a super Sunday of sporting drama that will be cherished for years, last week is a bit of a blur. However,

Markets are still focused upon a US interest rate cut later this month. Federal Reserve (Fed) Chair Jerome Powell’s prepared remarks to the US Congress were viewed to be supportive as he noted uncertainties around trade tensions and concerns about the global economy continuing to weigh on the US economic outlook. He added that weak inflation may prove more persistent. A Fed rate cut of 0.25% at the end of this month is now all but baked in by markets.

The prospect of supportive central banks and of a potential return to QE continues to be reflected in government bond markets. Some 25% of Euro investment grade credit is estimated to be trading at a negative yield on the prospect of more QE. Italy, which is a potential ticking debt time bomb and is currently at loggerheads with the EU over its budget, saw its latest 50-year bond auction six times oversubscribed by investors! Meanwhile, in equity markets, Fed interest rate cut hopes have also driven the US S&P Index above 3000 for the first time, while the US technology NASDAQ Composite index also closed at a record high. We appear to be right back to QE distorted markets even though QE has not restarted yet!

There was no fresh news regarding US and China trade talks, but the tension between the two super-powers was highlighted by China’s condemnation of a potential $2.2bn arms sale to Taiwan, including Stinger missiles by the US. Meanwhile, US media reported the White House was launching an investigation into a 3% Digital Services Tax on technology companies by France that might lead to more tariffs against the EU. Meanwhile, in Asia, Japan surprised the market by imposing economic sanctions against South Korea in retaliation for a recent South Korean court decision over wartime compensation claims.

Turning to Brexit, Jeremy Corbyn said Labour would back Remain in another EU referendum. Meanwhile, the next Conservative PM’s hopes of a post-Brexit trade deal with the US will rest on his willingness to fall into line with American policy on Huawei, Donald Trump’s negotiators have signalled.

In the UK, the run of weak second quarter activity readings continued with the British Retail Consortium releasing weak sales data for June, albeit against tough comparatives last year (World Cup/hot weather) and Brexit uncertainty. However, UK economic growth recovered slightly in May, partly driven by a strong pick-up in car production.

In Europe, both France and Italy reported encouraging industrial activity in May. However, the European Commission cut its Eurozone economic growth outlook for 2020 to 1.4%, following 1.2% growth in 2019.

In China, economic growth in the second quarter of 2019 slipped to 6.2% as expected, the slowest pace of growth in at least 27-years. However, forward looking economic activity indicators for June offered some encouragement with an acceleration in industrial production. Retail sales also jumped, albeit helped by one-off price discounts on cars while fixed asset investment also picked-up.

Brent oil ticked up to $67 as Iranian patrol boats were prevented from capturing a British oil tanker by the Royal Navy. Meanwhile, tropical Storm Barry, may temporarily disrupt oil production in the Gulf of Mexico.

Finally, President Trump recently threatened the EU with additional tariffs in response to ‘harm caused by EU aircraft subsidies.’ Boeing is already under pressure following the 737 Max crashes and aircraft grounding and now Saudi Arabian airline Flyadeal has cancelled an order for 30 aircraft and is going to buy the Airbus A320 instead. Expect more tweets!