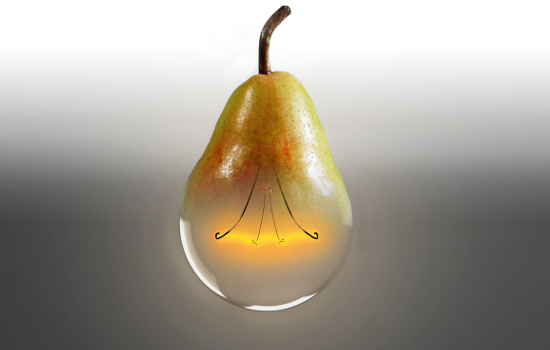 Napoleon famously described us as a nation of shopkeepers. However, Britain is rapidly becoming an island of inventors and entrepreneurs. London is Europe’s leading start-up economy, despite the uncertainty around Brexit.

Encouragingly, according to a recent research report small business survival rates are over 90% after one year of trading, although after five years just four in ten small businesses will still be trading. It was interesting therefore to read an article by the founders of smoothie brand Innocent which, is now part of global drinks giant Coca-Cola.

The three founders met at university and funded the start-up using savings and credit cards. They subsequently approached 20 banks and countless venture capitalists who turned them down before an American backer injected £250,000 into the business. In 2000, when Innocent was 18-months old, Waitrose agreed to trial the smoothies in ten stores. The three co-founders came up with a plan to make sure the smoothies sold and the only way to do this was for them to go into the stores and buy the products. So that is what they did!

Innocent then achieved ten years of unbelievable growth until everything went somewhat ‘pear shaped’ in 2008, when the global financial crisis hit. Sales suddenly declined as consumers started to tighten their belts and then Innocent’s manufacturer, which supplied 100% of the product, went into receivership. Then the bank said ‘we want our money back’. The founders were suddenly in a position where they had to sell part of the business to save it and that’s when Coca-Cola acquired a stake. In 2013, with sales of £210m, Coca-Cola took complete ownership of Innocent for an estimated £100m.

Global equity markets understandably welcomed the ‘trade war truce’ between the USA and China, however, the initial enthusiasm of investors was dampened by comments from President Trump. Political developments in Italy together with a weak set of ‘flash’ manufacturing activity indicators for Europe also unnerved investors. Italian bond yields spiked driving a flight to ‘safe havens’ by fixed interest investors who chased German bund yields lower.

Initially, investors welcomed news that China will cut import tax on cars from 25% to 15% but President Trump noted that trade talks with China ’were a start’ and that he was ‘not really’ pleased with the recent results so far. In addition, Congressional Republicans are reported to be mounting a rebellion over Trump’s attempt to lift sanctions on Chinese telecoms group ZTE. Meanwhile, President Trump has ordered the Commerce Department to investigate whether car and truck imports threaten national security which could lead to higher tariffs. This would hit car manufacturers in Germany and Japan.

President Trump cancelled a planned summit with North Korean leader Kim Jong-un, saying it would be inappropriate at this time. However, talks look to be back on again with one of Kim Jong-un’s most senior officials travelling to the USA.

UK equities remained supported by Sterling which at one point dropped below $1.33 reflecting Dollar strength, lower UK inflation data and Brexit uncertainty, with Boris Johnson warning PM Theresa May to ‘get on with it’. In the meantime, the head of HM Revenue & Customs has warned that UK business could face extra bureaucracy costing up to £20bn a year if Britain opts out of the maximum facilitation (max fac) customs deal. Media reports suggest PM Theresa May could ask for a second Brexit transition period while the customs issue is sorted out, maybe until 2023.

In the UK, investors focused on the likelihood of an August interest rate hike. Bank of England governor Mark Carney wants to know if the economy is re-establishing momentum over the course of the next few months. ’With the guidance on rates, certain things follow logically’. However, CPI inflation dipped to 2.4% in April while core inflation was barely above the BoE target at 2.1%. With wage growth of 2.9% in the first part of 2018 is the consumer squeeze coming to an end? Yes, but in the meantime, there still appears a lot of pain in the UK high street.

In Europe, Italian political chaos threatens to cast a dark shadow across the EU and the uncertainty has seen Italian bond yields spike sharply. This is likely to see a vote of confidence with the populist  anti-establishment parties calling for a big demonstration against President Mattarella. The vote of confidence will likely determine whether there is a fresh election as early as August/September. This could well turn into a vote by Italian voters on the country’s membership of the euro. Quite where this leaves the European Central Bank’s policy on unwinding its QE programme remains to be seen.  As is this wasn’t enough, the Spanish Government also appears to be in an increasingly precarious position with the Prime Minister set to face a no confidence vote due to a number of party members being charged with corruption charges.

In the USA, ‘flash’ manufacturing activity indicators for May were slightly ahead of expectations. The Federal Reserve (Fed) released a slightly ‘dovish’ set of minutes. These appeared to indicate that a further interest rate hike should be expected in June but that the Fed is not in a rush to clearly signal a more ‘hawkish’ trajectory at this juncture.

The Bank of Japan will ‘patiently pursue powerful monetary easing to achieve 2% inflation’ and intends to ‘guide monetary policy taking into account its side effects such as its impact on financial institutions’.

In China the State Council is planning to scrap all limits on how many children a family can have, potentially before the end of 2018.

Secretary of State Mike Pompeo said that the US is imposing the ‘strongest sanctions in history’ on Iran. Brent oil rallied to $80 on this news and on concern about a complete collapse in Venezuela’s production due to its economic crisis. However, the price dropped back to $75 as news emerged that Russia and Saudi Arabia are considering raising output by 1million barrels a day.

Finally, water companies are adopting fresh methods to tackle leaks. United Utilities has deployed the UK’s first sniffer dog in tandem with satellite technology to reduce leakage. Evidently, ‘Snipe’ the sniffer dog can detect the tiniest trace of chlorine in order to detect leaks, making the trial so successful that Snipe is training a team of canine apprentices.