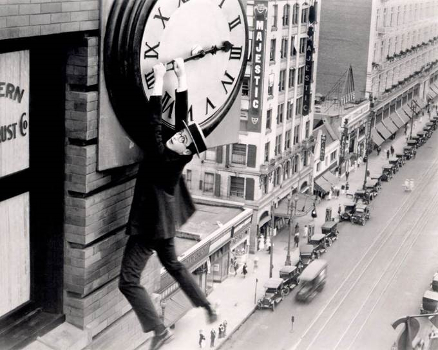 Deal or no deal? Did we vote to leave or not? Should we revoke Article 50? Another General Election? Leadership contests? No wonder many are disillusioned with our politicians and the current debates.

Let’s briefly ponder something that, before Brexit, used to get us energised…

Next weekend, as part of Daylight Saving Time, our clocks will go forward 1 hour and we will enter British Summer Time (BST). Besides the weather, we Brits tend to obsess about the merits, or not, of BST. Does this really matter? Well, it depends where you live. In 2011, Russia moved to daylight saving time in the summer and then just stayed there as they liked the lighter evenings. According to Russian lawmakers, the permanent ‘summer time’ policy caused stress and health issues leading to a significant increase in traffic accidents in the darker mornings. So, in 2014 Russia switched back to enjoy permanent winter time!

As the great nation that brought the World the Royal Observatory at Greenwich and the Prime Meridian, it means from a time perspective, that London is the official designated centre of the world. The concept of BST was first established by the Summer Act of 1916 and has been debated ever since. The EU has recently voted to end the custom of changing the clocks by 2021. If the plans become law, will the UK follow suit?

If Brexit isn’t divisive enough, we will need to debate whether to remain in ‘permanent summer’ or ‘permanent winter’. However, if the UK were to extend the Brexit transition period, the British government could be obliged to implement the directive, losing control over our time without any say, but hopefully not leaving us all in the dark! Is nothing sacred? When will the EU meddling stop?

There were conflicting reports about US/China trade talks. While some suggested that a Trump-Xi trade summit may not happen until June, the Wall Street Journal reported that the US and China are in the final stages of trade talks and that a deal could be agreed by the end of April. Either way, markets expect the US and China to eventually come to an agreement.

Meanwhile, the Federal Reserve’s ‘dovish’ interest rate stance made investors wary about the US economic growth outlook and then ‘flash’ Eurozone manufacturing activity indicators for March slipped further into contraction territory. This led to shift from risk assets, with falls across most global equity markets. Government bond yields moved lower, with German 10-year Bund yields moving negative for the first time since 2016. However, the key turning point to investor sentiment appeared to be the inversion of the US Treasury curve, where the 10-year yield has fallen below the 3-month rate for the first time since 2007. Typically, markets have interpreted the inversion of the curve as a precursor to a US recession.

Clearly, the inversion of the US Treasury curve has caused investors to become more concerned about the global economic growth outlook. A resolution of the US and China trade dispute is more important than ever. However, low bond yields also suggest fixed interest investors expect inflation to remain subdued and interest rates to remain low. Is this the end of the global monetary tightening cycle? If so, it didn’t last very long! However, what tools do central bankers have to support growth and could the baton pass to government fiscal measures, such as infrastructure projects?

PM Theresa May sent a letter to the EU asking for an extension of Brexit to 30th June. The EU’s response was to delay Brexit until 22nd May if MPs vote through the current withdrawal deal this week. If they don’t, the deadline is 12th April with the options of a no-deal Brexit, or to request a longer extension. The position is complicated by the EU elections around 23rd-26th May. The weekend’s speculation about the PM’s position adds another layer of uncertainty to the Brexit process. Sterling edged back to $1.32 suggesting global currency traders still expect a softer Brexit, rather than a no-deal Brexit. Despite its posturing, the EU does not want a no deal Brexit given the weak Eurozone economic outlook.

In the UK, CPI inflation edged up to 1.9% in February but in line with the Bank of England’s expectations.

In Europe, ‘Flash’ manufacturing activity indicators for March slipped further into contraction territory with the lowest reading since mid-2013 and exports especially weak. Two of the largest economies, Germany and France were particularly weak.

In the US, the Federal Reserve (Fed) statement was even more ‘dovish’ than markets expected suggesting an interest rate hike in 2019 is now all but off the table. The response from US equities was distinctly mixed, as the interest rate guidance from the Fed implies a softer outlook for the US economy and therefore earnings growth.

The decline in Japan’s All Industry Activity Index in January was greater than expected suggesting the slowdown in China is creating more of a drag on Japanese exports than previously thought.

OPEC’s confirmation that it would keep its production cuts in place until at least June helped push Brent oil higher before concerns about the global economic growth outlook saw it fall back below $67.

Finally, just when you thought Brexit couldn’t get any more confusing. The Speaker of the House of Commons, John Bercow managed to block PM Theresa May’s path by quoting parliamentary decisions dating back to 1604. This is earlier than the English Civil War, although some would argue that some 377 years later and parliament and the country is once again divided.

Last of all, thanks to those of you who kindly voted for Alpha Bites which has won the City of London Wealth Management Award for ‘2019 Best Market Newsletter’. We hope you continue to enjoy our slightly quirky take on global financial markets in the year ahead. Like Brexit, investing is rarely a straight path so expect plenty more ‘twists and turns!’