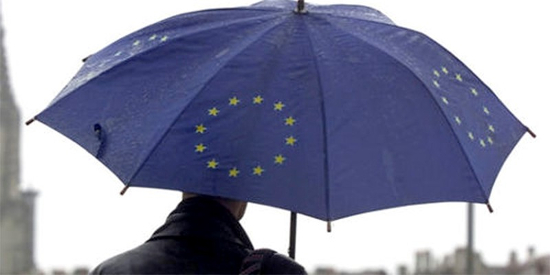 ‘Freak’ weather is disruptive and is making life harder for UK businesses. In 2018, we had the ‘Beast from the East’, then the joint hottest summer on record. In February 2019, the Sahara heatwave, caused temperatures to soar to all-time highs. At least March seems to be returning to normal with a series of storms!

It’s important not to exaggerate the impact of short-term weather systems and herald climate change. However, nine of the ten hottest years on record have occurred since 2005. Is this due to global warming? Not if you ask Donald Trump! However, the UK Government appear to take climate warming more seriously than the US President and the UK is shifting towards green energy solutions, albeit more slowly than environmental groups would like. However, the UK’s freaky weather is catching out even some of the new energy solutions. For example, energy company SSE recently lowered profit expectations partly due to a lack of wind for its turbines.

As ever there tends to be winners and losers from particular weather patterns. For example, drink focused pubs tend to enjoy strong trading during warm, sunny weather but eating-out destination pubs can be hit hard when it snows and customers can’t drive. Meanwhile, cinemas and ten-pin bowling centres tend to see higher customer numbers during wet half-term holidays. The list of weather beneficiaries and losers is endless. Investors tend to accept that weather patterns may affect a company’s results, but nonetheless, can be very unforgiving of last-minute profit warnings from management teams that blame the weather.

Mind you, foretelling what is going to happen to our weather is a bit like predicting the outcome of Brexit. The current outlook is far from clear.

A chaotic week for PM Theresa May and Brexit. Elsewhere, on the US and China trade front, President Trump said he ‘was in no rush to complete a trade deal with China’ and insisted that any deal includes protection for intellectual property. Bloomberg reported that a meeting between Donald Trump and Xi Jinping to sign their trade agreement is now unlikely until April at the earliest. A more recent article from South China Morning Post (SCMP), suggested June would be more likely, as some in the White House demanded the need for an enforcement mechanism to ensure China lives up to its promises. Geo-political tensions also re-surfaced as a senior official suggested that North Korean leader Kim Jong-un may break off denuclearisation talks with the US and resume missile and nuclear testing.

On Tuesday, Brexit saw another meaningful defeat for PM Theresa May despite a frenetic end to the negotiations between the UK and EU. To add insult to injury, on Wednesday the PM lost her voice and then saw four cabinet ministers break ranks as MPs voted out a No-deal Brexit. Global currency traders appear convinced that the chaos in Westminster has all but removed the risk of no-deal Brexit.  Sterling briefly surged above $1.335 immediately following the outcome of this vote. MPs then voted in favour of requesting a delay to the Article 50 deadline which provides scope for the PM to make yet another attempt to generate support for her amended withdrawal agreement this week. This third attempt, however, may not take place if the PM does not believe she can win and will very much depend on whether she can get DUP backing in last-minute talks.

The UK economy grew by 0.5% in January suggesting it remains relatively resilient in the face of Brexit uncertainty. However, some economists did suggest that manufacturing activity might reflect an element of no deal Brexit stock building. The Spring Statement was completely overshadowed by the Brexit drama as the Chancellor stressed the importance of avoiding a no deal. The UK economic growth forecast for 2019 was trimmed to 1.2% which compares with the previous week’s downgrade by the OECD to 0.8%. The Chancellor looks to have over £26bn of ‘fiscal headroom’ and if a Brexit deal is agreed a new spending review will be launched. Meanwhile, Brexit uncertainty continues to overhang the UK housing market with the Royal Institute of Chartered Surveyors report for February showing the weakest price outlook since mid-2011.

In the US, retail sales data pointed to a stabilisation in consumption in January but the housing market continues to struggle with new home sales down by a larger than expected 7%. Core inflation unexpectedly cooled in February. This appears to be partly due US car dealers cutting SUV prices to clear building inventories. US durable goods orders in January looked positive although if aircraft orders are stripped out from the data then it suggests some softening in underlying investment activity.

Japanese machinery orders dropped at the fastest pace in four months with particularly weak overseas sales underlining the weaker demand from the US and China.

The latest Chinese economic data was mixed. Industrial output continued to slow to its weakest pace in 17-years. However, fixed-asset investment by Chinese companies picked-up, while retail sales continued to grow at a healthy pace.

Brent oil rallied above $67 on reports that Venezuelan power outages may have affected oil production and on news that Saudi Arabia may extend its oil production cuts to April.

Finally, last week there was an election in North Korea. This year’s turnout was 99.99% although voting is mandatory. Surprisingly, Kim Jong-un does not appear to have been on the ballot but this doesn’t matter as each voting slip has only one state-approved candidate on it anyway. If only Theresa May had thought of this when she called the last general election, how different things might have been!