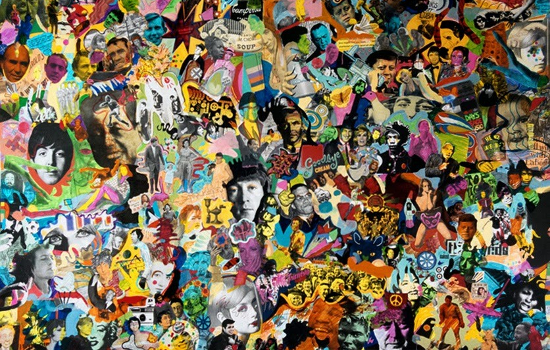 The United Nations estimates the current population of the world is 7.3 billion and is projected to reach a rather crowded 9.7 billion by 2050. However, according to the World Health Organisation (WHO), between 2015 and 2050 the proportion of the world’s population over 60 years old will increase significantly from 12% to 22%. Improved healthcare, rising living standards and healthier diets means people are living longer.

In 2015, some 900 million of the world’s population was aged 60 but by 2050 this could rise to a staggering 2 billion. Today, some 125 million people globally are aged 80 years or older. By 2050, there will be almost this many living in China alone. In France, the WHO estimates it took almost 150 years for the percentage of the population aged over 60 years to grow from 10% to 20%. Countries such as Brazil, China and India will see this ageing effect happen in slightly more than a 20-year period.

Population ageing has already started to be seen in high income countries, such as Japan, where 30% of people are over 60 years of age. However, the current ageing trend is expected to be focused on low and middle-income countries such as Russia, China, Chile and Iran which are projected by 2050, to have a similar proportion of older people to Japan.

A key week ahead for the UK with the Brexit votes in Parliament. Will we get both a Brexit agreement and a trade deal between the US and China in March? Sterling at $1.30 suggests global traders are still unclear on Brexit. However, global equity markets appear to be pricing in a China/US agreement. President Trump has taken a leaf from the Brexit book by saying he ‘wants a good deal with China, or no deal’.

Tariff uncertainty is causing challenges for China which has cut its economic growth targets and announced more measures to support the economy. Meanwhile, President Trump remains focused on ‘America First’ but also needs to deliver some form of deal. America also announced that it plans to end preferential trade status for India, under a scheme that allows certain products to enter the US duty-free. The US also intends to end Turkey’s preferential trade status.

In the UK, activity in the Services sector which covers everything from banking to restaurants, edged up very slightly in February.

In Europe, activity in the Services sector recovered to a three-month high.  The European Central Bank (ECB) is to start lending to European banks again given slowing economic growth. Furthermore, the ECB now expects interest rates to remain at their present levels at least through the end of 2019 and as long as necessary to ensure continued sustained convergence of inflation to levels that are below, but close to 2% over the medium term. Fixed income and foreign exchange markets reacted to the ECB’s dovish comments, with the 10-year benchmark yields in France and Germany falling to their lowest levels since late 2016.

In the US, the monthly job report showed a sharp decline in hiring, with US employers adding just 20,000 jobs in February. In addition to the recent government shutdown, which weighed on business confidence according to some economists, the slowdown in hiring adds to signs that US economic growth is slowing due to a weaker global economy and trade war concerns. That said it should be noted that this was a single month’s figure, which may prove anomalous, and we will need to see next month’s report before a firmer conclusion can bee drawn.

Prior to Friday’s job reports, service sector activity jumped close to the cyclical peak of late last year, while new orders picked up strongly. A sharp increase in the US trade deficit in December took the annual deficit to its widest in 10-years. The shortfall with China has reached a record $419bn over the past months providing more fuel for President’s Trump’s demands for trade concessions from China.

China saw the opening of the second annual session of the 13th National People’s Congress. In his address to delegates, Chinese Premier Li Keqiang confirmed reports that Beijing would target economic growth of between 6%-6.5%, down from the targeted 6.5% in both 2017 and 2018. He said ‘China must be fully prepared for a tough struggle’. Reflecting recent softer economic data, the Ministry of Finance cut VAT for manufacturers from 16% to 13%.

Brent oil nudged up to $66 following a report that OPEC had cut production in February.

Finally, the world’s fastest road car has been revealed at the Geneva Motor Show and its electric. The Pininfarina Battista claims to do 0-62mph in less than two seconds. We assume it might take a bit longer to re-charge. Ultrafast supercars may generate a ‘halo effect’ for electric vehicle (EV) demand but we suspect re-charging point infrastructure investment will be just as important.