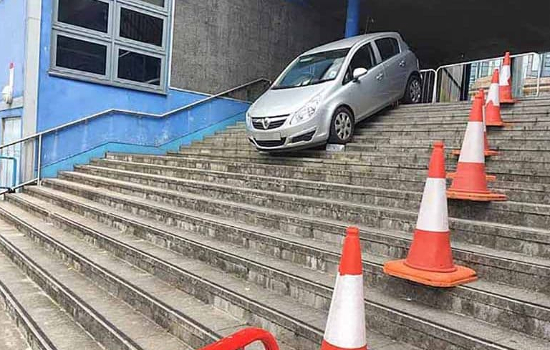 Make a note for 6th April, it’s a rollover. No, not the National Lottery but the anniversary for older satnav devices whose weekly counters roll over from 1023 to zero. This means older devices will not be able to use Global Positioning System (GPS) from 6th April 2019, unless they have been updated. A ‘Y2K’ style ‘millenium bug‘ all over again, threatening a range of service providers, vehicles and users.

GPS Epoch signals from satellites include a timestamp, needed in part to calculate your position. This stores the weekly number using ten binary bits counting from zero to 1023. Every 1,024 weeks or approaching 20 years, the counter rolls over from 1023 to zero. GPS week zero started January 6, 1980. The 1024 weeks counter ran out and rolled over on August 21, 1999. If you don’t update your satnav, you may find yourself getting lost!

Sounds a bit like the Brexit process. Just where are we exactly? MPs seem clueless. With the Labour party splintering and civil war within the Conservative party, it sounds like quite a few MPs are copying GPS and opting for a rollover with a delay in implementing Article 50. Compared to the satnav issue which is every 20 years, at least Brexit should be a once in a lifetime event though the process feels as if it has already taken a lifetime! Will we at least know where we are after March 12th, 13th or 14th?

Global markets remained hopeful of a trade agreement between the US and China. The Office of the United States Trade Representative formally suspended the scheduled tariff increase until further notice. The latest reports, over the weekend, suggest a trade deal will be agreed this month, including the ending of tariffs on Chinese goods and China agreeing to structural economic changes.  Does President Trump need some good news now just as much as the Chinese do?

Global geo-political risk re-surfaced with conflict between India and Pakistan, while talks between the US and North Korea broke down as President Trump refused demands for sanctions relief.

In the UK, hopes that the risk of a no deal Brexit would be removed, supported Sterling, which in turn, proved a headwind to the UK market, that contains a high proportion of overseas earners. Global currency traders took Brexit voting proposals in Parliament as effectively pricing out the chances of a no deal Brexit and Sterling rallied to $1.33. Sterling was also supported by shifting consensus about the UK interest rate outlook. Money-markets are implying the chance of a 2019 interest rate hike, in the absence of a ‘no- deal’ Brexit, has increased to 62%

Jeremy Corbyn’s backing for a second referendum and reports of a potential mass resignation by Conservative ministers, unless PM Theresa May ruled out ‘no deal’ Brexit, saw the PM put new voting proposals before MPs. The PM proposed that if MPs reject her withdrawal plan on 12th March, that there will be a vote on whether to proceed with a no-deal Brexit on 13th March and if this is rejected then on 14th March there will be a further vote for a short extension to the date of Brexit. A short extension of Article 50 is expected to be some three months as there are EU elections later in the year. Meanwhile, at least one ‘no deal Brexit’ risk has been addressed. The Bank of England has confirmed that US and UK authorities have taken measures to remove regulatory uncertainty in the £41trillion derivatives market.

In the US, Federal Reserve (Fed) Chair Jerome Powell’s monetary policy testimony understandably echoed the message from the previous meeting, specifically that the Fed will now adopt a patient approach to interest rate rises. Powell continues to see the biggest risk to the US economy being slowing global growth. Meanwhile, US consumer confidence re-bounded in January as any impact from the government shutdown and year-end stock market volatility began to fade. However, manufacturing activity in February was the lowest level since late-2016 with a decline in new orders.

In Japan, industrial production saw its largest monthly drop since early 2018 and output is described as stalling. Slowing economic growth in China, a major export market and car tariff uncertainty is hurting.

India’s economy, Asia’s third largest, grew by an impressive 6.6% in the final quarter of 2018 but this was below market expectations.

Pakistan claimed to have shot down two Indian military jets and captured a pilot in a major escalation between the nuclear powers over Kashmir. Quite how this evolves and the impact on emerging market sentiment remains to be seen.

Brent oil initially slipped back to $63 after President Trump tweeted on OPEC, telling the organisation that it had allowed oil prices to rise too much. The price subsequently recovered to $66 on hopes of a trade deal between the US and China.

Finally, he’s up to his old tricks again. The US financial regulator has asked a New York judge to hold Tesla boss Elon Musk in contempt of court for violating a settlement over social media comments concerning the number of cars that will be manufactured in 2019.