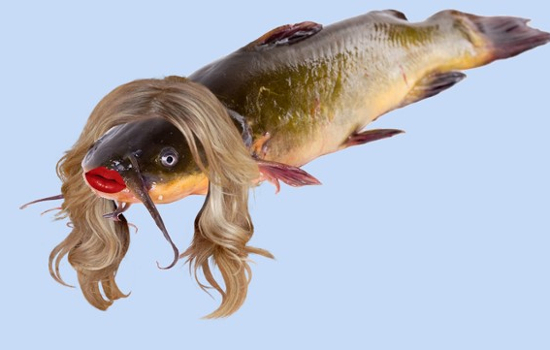 Catfishing is the act of pretending to be someone you are not online. Creating a false identity to lure the unsuspecting, can have sinister consequences. Data protection and personal security on social media are a hot topic these days, but are the social media platforms doing enough to protect us? Some app settings have been shown to allow unauthorised users to obtain the personal contact details of other users who have not intended to make their details public. Smartphones have become the most popular way to access the internet and their usage is only likely to increase. Whether children, tech savvy adults or pensioners, we are all at risk.

Data security is also a real concern for the military. This follows news that US soldiers had unwittingly shared their personal data from Fitbits and other devices on social media. They were effectively transmitting information about their location, their military ID and unit! Significantly, Russia’s parliament has just voted to ban soldiers from using smartphones while on duty due to issues of national security.

Meanwhile, more European countries are considering excluding Huawei from working on their 5G networks. In America, President Trump is reported to be considering an executive order that would ban US telecom companies from using equipment from certain foreign companies. However, the UK government looks set to undermine US efforts to persuade allies to ban Huawei from 5G networks. The UK National Cyber Security Centre says there are ways to limit the risks from Huawei in 5G networks.

Encouragingly, President Trump is delaying raising tariffs on Chinese goods and there is increasing hope of a trade agreement. However, the strategic technology struggle between the US and China is something investors are likely to have to continue to live with in the long-term.

Hopes of progress on US and China trade talks continued to support equity markets, even though economic data from global manufacturers such as Japan and the car sector remained weak.

President Trump said he would delay increasing US tariffs on Chinese goods, tweeting that talks with China had been ‘productive’. Tariffs would have been raised from 10% to 25% on $200bn of Chinese imports from 1st March. President Trump also suggested that a Summit was being planned for him and President Xi to conclude an agreement. Media reports have suggested that the US wants China to pledge not to devalue its currency as part of any deal. Some bigger structural issues, including intellectual property theft and forced technology transfer remain to be addressed as part of any agreement. The latest reports suggest a memorandum of understanding is being drawn up to address six key areas of concern and a list of sectors where China could purchase more US goods.

The other closely watched news last week was the latest meeting minutes from the US Federal Reserve (Fed), which while keeping interest rate policy unchanged took a more dovish tone.

The shock news of Honda’s decision to close its Swindon factory made news headlines with some 10,000 jobs at risk at the plant and component suppliers. While Brexit may have played some part in Honda’s decision it is a reminder of bigger structural issues underway in global car markets, including the shift from diesel and the growth of hybrids and electric cars. In addition, car sales in China are falling while President Trump is considering imposing tariffs on European and Japanese car imports. The EU has already warned it will retaliate if tariffs are introduced.

British politics was shaken by the news that seven Labour MPs had left the party to form the Independent Group. A further Labour MP has since joined the Independent Group, as well as three Conservative MPs. Time will tell if this is a minor tremor or start of a political earthquake. Meanwhile, PM Theresa May is having to deal with civil war in her party between the Brexiteers of the ERG and those MPs, including three cabinet ministers who want to remove the no deal Brexit risk. The meaningful vote on Brexit has been delayed from this week until 12th March. Sterling at $1.30 suggests global currency traders are assuming Article 50 will be pushed back. Some media reports suggest that despite the PM’s comments, that Brexit could slip from 29th March to 23rd May to allow time to ‘conclude negotiations.’

In the UK, despite Brexit uncertainty, employment hit its highest level since 1975 with almost 76% of the population between 16-64 in work. Meanwhile, a record January fiscal surplus provides Chancellor Phillip Hammond with an ample Brexit ‘emergency warchest’.

In Europe, the European Central Bank released the minutes from its January meeting. Officials remain concerned about the ‘elevated uncertainty and how persistent the current soft patch will be’. In addition, ‘potential new operations’ were discussed to supply liquidity to the region’s banking sector. Meanwhile, data monitoring the outlook for German business confidence over the next six-months dropped to its lowest reading since 2012. President Trump’s review of tariffs on car imports cannot be helping.

In the US, the Fed meeting minutes showed committee members saw little risk in holding interest rates last month, in order to allow further assessment of global and US economic activity. The majority agreed that the central bank’s Balance Sheet should remain larger than in the past and will agree to a plan to stop reducing the size of its asset holdings by the end of this year, possibly as soon as the May meeting.

In Japan, the governor of the Bank of Japan suggested that further policy easing will be introduced if required. Japanese exports slumped last month by over 8%, the sharpest decline since late-2016.

In China, car sales dropped by over 15% in January. Despite soft economic data, Chinese equities have rallied strongly from their low in January on hopes of a resolution to the trade tariff dispute with the US.

Brent oil recovered to $67 on hopes of a US and China trade agreement.

Finally, talking about cars, police in Papua New Guinea are seeking the return of almost 300 cars, which were loaned to officials during last year’s Asia-Pacific Economic Co-operation summit. Some 40 Maserati and 3 Bentleys have been recovered but all the Ford and Mazda cars are still missing. The luxury fleet was imported so visiting leaders could be driven around in style!