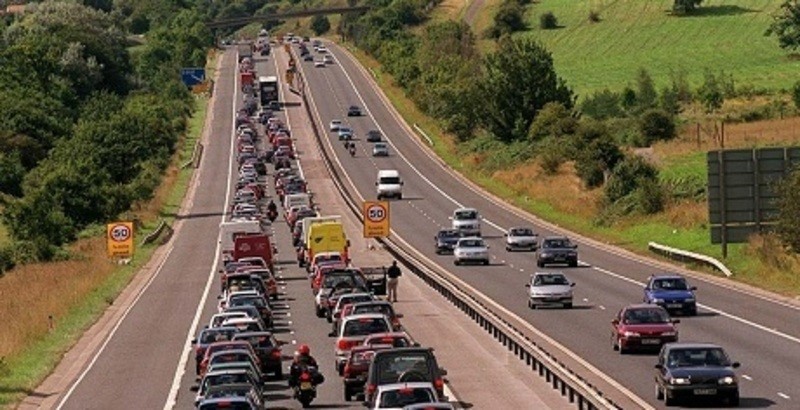 As many Bristolians will testify, Bristol’s traffic and particularly its traffic light system can drive you ‘up the wall’. Last December there was virtual gridlock in the city centre which lasted many hours, after the traffic light system failed across Bristol. Things were so bad that the Traffic Service Manager for Bristol City Council had to appear on the local news to apologise for the inconvenience caused to commuters. Local traffic issues may also have contributed to the demise of Bristol’s mayor in the recent election.

However, it looks as if traffic control ‘red mist’ could actually be a nationwide issue. According to a report by the British Infrastructure Group of MP’s, there has been a 66% increase in the number of traffic light controlled junctions across the UK since 2000. One economic research house estimates that the cost of congestion could rise to a staggering £21bn by 2030. The average British car driver spends 124 hours a year stuck in traffic jams and this is forecast to rise to 136 hours by 2030. Unfortunately, the costs of being stuck in traffic, higher transport costs, typically ends up being passed onto consumers.

However, could technology come to our rescue? In future, the ‘internet of things’ will collect data from sensors on cars, taxis, lorries, buses and smart phones to analyse traffic flow patterns. This will allow town planners to identify unused transport capacity or identify opportunities for new routes. Of course this assumes town planners don’t get caught up in a traffic jam!

The mood of markets remains pretty temperamental at the moment with sudden reversals in sentiment seemingly occurring every few days. The latest swing to caution followed the release of US inflation data, the Fed minutes and comments by US Fed members who suggested that they continue to see interest rate hikes this year. One suggested that a hike in July, after the EU referendum vote was possible. Market nerves were not helped by news that an EgyptAir flight from Paris to Cairo had disappeared from radar. This coincided with a profit warning from Thomas Cook which said that holidays to Turkey remain significantly below last year’s level. Clearly consumers and investors remain wary of the increased global terror threat.

After the G7 finance leaders meeting this weekend much of the headlines are focused on growing tensions between the USA and Japan concerning exchange rate policies. The strength of the Yen is hurting Japanese exporters.

Global credit agency Fitch warned a number of countries could see their credit rating lowered in the event of Brexit. Those with the highest exports to the UK, including Ireland, Belgium and the Netherlands were mentioned in particular. However, of greater concern to Fitch was that it might create a precedent for countries leaving the EU. ‘Negotiating the terms of the UK’s exit could exhaust the EU’s time and open up new areas of disagreement. Brexit could shift the centre of gravity of the EU, making it more dominated by the Eurozone core, poorer, more protectionist and less economically liberal. If the UK were to thrive outside the EU, it might encourage other countries to follow suit’.

How is the Brexit uncertainty reflected in UK equities? Well, according to a recent survey, global fund managers, when deciding where to invest around the world, have their lowest exposure to UK equities since the height of the financial crisis in the fourth quarter of 2008. If the vote is to remain in the EU after the 23rd June then these global fund managers could well start buying UK equities once again. Sterling firmed after the latest Ipsos-Mori poll, commissioned by the London Evening Standard that found 55% favoured staying in the EU, while 37% wanted to leave. The Betfair implied probability of Brexit has fallen below 25%. This suggests economic uncertainty may be beginning to have an impact on wavering voters. The National Association of Estate Agents also gave voters some food for thought by suggesting that a UK exit from the EU could wipe £7,500 from London house prices and £2,300 from houses elsewhere in the UK over the next three years.

The Easter rise in air fares in March reversed by more than expected in April and combined with lower clothing prices pulled UK headline inflation down to +0.3%. This could be short-lived with rising energy prices and the weak £ due to Brexit risk. Employment data revealed 74% of people aged 16-64 in work, the highest level since 1971, however despite this, wage growth still looks weak at 2.1% in the first three months of 2016. However, UK retail sales picked up more strongly than expected in April reversing the dip in March.

In Europe, besides the Greek bail-out talks and EU referendum in the UK it appears Spain could also create tension. Spain’s Mariano Rajoy is promising a fresh round of tax cuts if he is re-elected prime minister next month, risking a showdown with Brussels over Madrid’s chronic budget deficit as he courts voters eager to shrug off a long period of austerity. At least in Greece, it appears some important progress has been made towards unlocking the next set of emergency funds.

In the US, the Fed has appeared to be more concerned about faltering momentum in the US economy rather than the risks of global slowdown. Doubts about the manufacturing sector persist and have increased following much weaker than expected data from the Fed’s Empire State and Philly Fed surveys for May. This data has dampened some of the more positive assessments of US growth that followed the previous week’s US retail sales. However, US inflation data delivered a surprise, coming in above expectation at 0.4% in April. Comments from some Fed members seemed to suggest that an interest rate hike might still be under consideration. The Fed minutes for April said that ‘it would be appropriate for the committee to increase the target range for the federal funds rate in June’ if US economic growth were shown to be picking up in Q2. The US June interest rate futures market contract has moved from a 16% to 28% chance of a hike on this news.

In China, house prices grew by 6% in April, a two year high, as the recovery spread to smaller cities.

Brent oil price moved up to $49 at one point after Goldman Sachs that it believed the oil market was moving from an oversupply situation sooner than it expected. Besides the recent safety shut down in part of Canada due to the wild fires, Nigeria has also experienced major supply disruption.

Finally, following Alpha Bites University Challenge last week, news that students at the University of East Anglia have been banned from throwing their mortarboards in the air due to health and safety concerns. You couldn’t make it up if you tried!