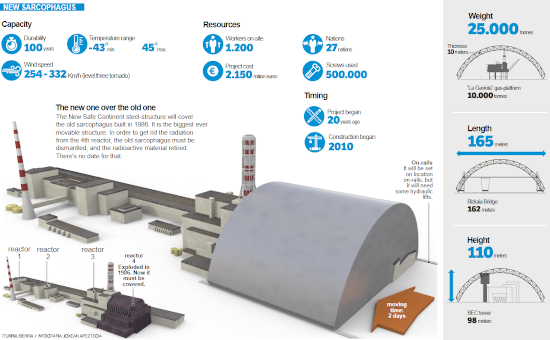 2019 was memorable as it saw the UK generate more power from zero-carbon sources than fossil fuels for the first time since the Industrial Revolution. However, this includes nuclear power which comes with a catch. Having recently watched Sky/HBO’s critically acclaimed mini-series ‘Chernobyl’ it got us thinking about the nuclear industry in our part of the world.

In the South West, the coastline has been dominated by nuclear power stations and work is currently well underway on the £20bn Hinkley Point C project. Further up the Severn Estuary is Berkeley Power station which was closed in 1989. Some 30-years after it was decommissioned, work is underway to empty its vast concrete vaults, which is expected to take almost six years and cost £1.2bn. However, the core nuclear reactor will not be safe for humans to deal with until at least 2074. The initial waste will be stored in a long-term facility deep underground although the location has not yet been decided by the government.

The UK needs reliable power generation to support economic growth and it appears as if nuclear power will remain a vital component of the country achieving long-term government zero- carbon goals. The economic downside remains the cost of clearing up once nuclear reactors come to the end of their working lives and the cost of storage. However, while clearing up nuclear waste looks   challenging, it also would appear a very profitable activity.  Where there’s radioactive muck, there’s brass!

Thoughts last year of ‘inverted yield curves’ and impending US recession seem long forgotten with the US/China phase one trade deal helping propel US indices to new all-time highs, with the American FAANG technology giants still leading the way. The US market was also supported by comments from White House Economist Larry Kudlow who suggested that ‘Tax Cuts 2.0’ will be rolled out during President Trump’s 2020 election campaign. Market sentiment was also helped by news that Congress had approved the US/Mexico/ Canada trade deal, while the EU Trade Commissioner also described talks in Washington as positive.

The US and China signed the long awaited ‘phase one’ trade deal although it did feel very much a case of ‘travelling and arriving’ with a muted market response after a strong run in anticipation of the deal. China has pledged to increase US imports by at least $200bn over 2017 levels and has agreed to take more action against counterfeiting and to make it easier for companies to pursue legal action over trade secret theft. However, the US will maintain up to 25% tariffs on an estimated $360bn of Chinese goods, while China is expected to retain tariffs on $100bn of US goods. US Treasury Secretary Stephen Mnuchin said that tariffs would continue to be levied on China until the two sides reach a broader ‘phase two’ agreement.

The US, significantly, no longer views China as a currency manipulator and so with the phase one trade deal signed all is well, or is it? The deal relies heavily on China’s goodwill. China’s Communist party mouth-piece, the Global Times asked ‘Can a preliminary trade agreement, reached during a period when China-US relations are clearly declining, really work?’ Beyond trade terms, deep divisions remain. For example, the US is clearly concerned that the UK might give Chinese telecom company Huawei the greenlight on incorporating some of its technology in the rollout of the UK’s 5G network. A decision is expected later this month and President Trump has sought to pressure PM Boris Johnson on this issue.

Turning to Brexit, Chancellor Sajid Javid said that ‘there will not be alignment’ and is a clear sign that the UK government intends to diverge from EU rules. The government sounds particularly determined on preventing low-skilled migration via quotas and thresholds. This does not sound good news for UK business confidence, especially those in ‘just in time’ manufacturing and retail services.

In the UK, economic growth in November contracted by 0.3% during the month. While Sterling weakened on the data, the UK equity market has moved on and investors are now watching closely for any signs of a ‘Boris bounce’ in economic activity following the general election. However, CPI inflation in December dropped to a three-year low of 1.3% adding to speculation that the Bank of England may cut interest rates on 30th January.

The Governor of the Bank of Japan suggested that further monetary easing is possible in response to further downside inflationary pressure.

China’s car market dropped by more than 8% in 2019 and is expected to contract for the third year in a row in 2020 with a forecast decrease of 2% according to the China Association of Automobile Manufacturers. Meanwhile, China’s exports were much stronger than expected in December with growth from the rest of the world cushioning the decline in trade with the US. However, China’s economy grew by 6.1% in 2019 albeit this is the slowest pace of growth since 1990.

Brent oil settled around $64 as France, Germany and the UK triggered a formal dispute mechanism over Iran’s breaches of key parts of the 2015 nuclear deal, a move that could spell its end. This news was countered by higher than expected US oil inventories.

Finally, last week we highlighted the growth of ESG investing in Alpha Bites Quick Sand. Extinction Rebellion have been protesting outside the HQ of German engineering giant Siemens which plans to help develop a huge coal mine in Australia. Siemen’s CEO admitted that ‘while needing to be a supplier who sticks to its commitments that we should have been wiser about this project’.