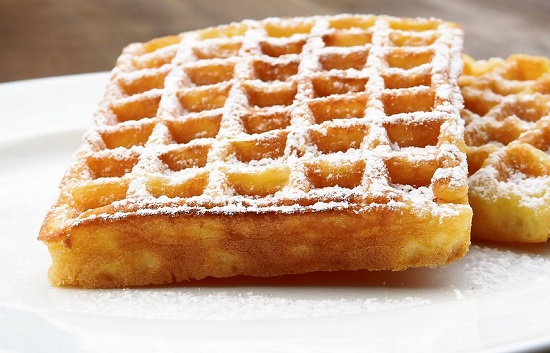 For anyone under the impression that Brexit was done and dusted – think again! Besides the Northern Ireland protocol, long-term agreements on data and finance and Gibraltar border security guard issues, there is also the Lugano Convention.

The Lugano Convention 2007 is an international treaty negotiated by the EU on behalf of its member states with Iceland, Norway and Switzerland. It attempts to clarify which national courts have jurisdiction in cross-border civil and commercial disputes and ensure that judgements taken in disputes can be enforced across borders.

Following Brexit, the UK has applied to accede to the convention as an independent member. This would require the agreement of all signatories. Switzerland, Norway, and Iceland all gave their approval. However, in June the European Commission announced that it takes the view that the European Union should not give its consent to the accession of the United Kingdom to the 2007 Lugano Convention.

The Commission’s recommendation is not binding and the final decision on the UK and Lugano rests with the Council of the European Union. This is where the EU member states have their say and will no doubt have their chance to waffle.

London is widely regarded as the global capital for international dispute resolution, thanks to England’s world-class legal system and courts. It is a broad and highly lucrative industry, dealing with everything from family disputes to international business operations. Failure to re-join the Lugano Convention might weaken London’s global standing and undermine its viability as a centre for dispute resolution. Hopefully, confidence in our judiciary which is seen as incorruptible and expertise in the commercial sector, should help support the UK’s position.

Brussels appears to be flexing its muscles and to make the UK suffer and also give EU jurisdictions the opportunity to take business from London. Downing Street says that the Lugano Convention is not something that should be policed by the EU and the UK should be admitted as soon as possible. The longer this drags on then the greater uncertainty it is likely to create for lawyers on both sides.

The spread of the Delta variant continued to overshadow markets however takeover activity continued to support equities particularly the UK mid-cap index which touched a record high.

China will almost certainly be under-reporting its Delta variant cases as the state controls all media. Over 20 cities have seen clusters of the Delta variant and a possible super spreader event has been identified at a theatre in Zhangjiajie with authorities trying to trace 5,000 people who attended performances and then travelled to their home cities. In Wuhan, source of the original Covid-19 strain, the authorities have tested the entire population of 11million, after a handful of cases were detected there.

While China has been pushing on with mass vaccination, the efficacy of its Sinovac vaccine is under 66% according to the New England Journal of Medicine and the 79% stated by the WHO.  China’s methods for containing Covid-19 in the past have been draconian so should be effective for containing the Delta variant but may still have some impact on its economy. Some economists are now suggesting that there could be a potential shift in policy in China as a result, with the People’s Bank of China possibly to introduce stimulus measures later this year.

Meanwhile, in India, source of the Delta variant, vaccination is stepping up but only 8% of the population is fully vaccinated while 27% have had one dose. India’s government has warned that the Delta variant is still raging through the country. Meanwhile, the US now lags behind neighbouring Canada, as well as the UK, Italy and Germany on the proportion of adults fully vaccinated. Almost 58% of the US population is fully vaccinated but while in some states around 80% of people over 65 have been vaccinated this percentage drops to around 40% of under 65’s. Florida recently surpassed the previous record in the US for Covid-19 hospitalisations, while the US has recorded its highest daily Covid-19 case load in six-months. In Europe, some 60% of the EU’s adult population has had one jab. By comparison in the UK, 89% of the adult population has had one jab and 74.5% two jabs.

In the UK, the service sector slowed in July with a PMI business activity indicator of 59.6 partly reflecting staff shortages and the HNS app ‘ping-demic’. UK utility bills are on the rise due to higher global gas prices and Ofgem has raised the cap for electricity and gas bills by 12% from October. This will provide further food for thought at the Bank of England (BoE) which, along with other central banks believes inflation is transitory. The BoE expects CPI inflation to hit 4% in the fourth quarter of 2021 but expect it to then fall back to target at 2% before edging up to 2.5% by the end of 2022. The BoE also raised its 2022 economic growth forecast from 5.75% to 6%.

The Eurozone’s service sector saw a pick up in July with a PMI business activity indicator of 59.8 -the highest reading since mid-2006.

In the US, Treasury Secretary Janet Yellen called on Congress to take steps to address the federal government’s borrowing limit. Congress suspended the limit in 2019 and the two-year suspension lapsed on 31st July. This year’s budget deficit is estimated to be about $3trillion. Meanwhile, the reading for July non-farm US payrolls was much stronger than expected -good news for the economy but not so great for the Federal Reserve. Wage growth was also above expectations.

In China, shares in two of China’s biggest online gaming firms – TenCent and NetEase – dropped after a state media outlet called them ‘electronic drugs.’ The story un-nerved investors coming so soon after recent actions against TenCent over music streaming. Meanwhile, China’s CPI inflation figure in July was slightly higher than estimated at 1% as was factory gate inflation at 9%. China’s exports remained robust in July, although growth was slightly less than expected at 19.3% while imports grew by 28%. There has been a pick-up in port activity but the recent spread of the Delta variant could act as a drag on growth.

Brent oil slipped back to $69 reflecting the spread of the Delta variant in China and possible impact on economic growth. This is despite more suspected Iranian actions against shipping in the Gulf.

Finally, Olympic gold medals are one of the most-coveted prizes in the sporting world but what are they actually worth? Well, memories may be worth far more than the medal itself. Each one is made up of 556grams of gold and silver which based on current spot prices would value each gold medal at under £600. For the gold medal winners they are priceless.