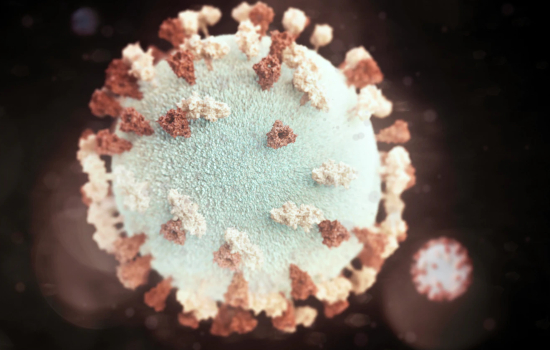 Some global equity markets have recently been propelled to fresh all-time highs as the US and China have signed the ‘phase one’ trade deal. However, the US and China look as far away as ever from addressing fundamental differences which are likely to come to the fore in ‘phase two’ talks.

One of the key issues remains technology and in turn security. A story that has emerged in the US financial media raises serious questions about the relationship between the US and China but also has ramifications for many quoted companies both in the UK and elsewhere in the world.

In one of the largest-ever corporate espionage cases, cyber-attackers alleged to be working for China’s intelligence service, are believed to have stolen massive amounts of intellectual property and security clearance details from a number of well-known UK, European and US quoted companies over a number of years. Cyber security companies first identified the hack known as ’Cloud Hopper’ in 2016 and US prosecutors charged two Chinese nationals in 2018.

A US journalist now believes the cyber-attack is much larger than first thought. Rather than the 14 un-named companies listed in the indictment, the hack may involve many more companies as well as at least a dozen cloud computing companies. For example, the US government believes that the personnel records of more than 100,000 employees of the US Navy were taken. FBI Director Christopher Wray described the ‘Cloud Hopper’ attack as the equivalent of stealing the master keys to an apartment block.

While global equity markets have been relieved by the apparent de-escalation of trade tensions between the US and China, there are still many ‘clouds’ on the horizon. Meanwhile, it appears as if ‘Cloud Hopper’ is not the only deadly virus to emerge from China.

World leaders were at the annual World Economic Forum in Davos Switzerland last week, but the event, along with some encouraging economic activity indicators was overshadowed by the Coronavirus outbreak in China, where human-to-human transfer and over eighty deaths have been confirmed. With millions travelling for the Chinese New Year, the outbreak has revived memories of the Sars virus some eighteen years ago. There are concerns that the outbreak could affect the Asian region, international travel and tourism with ramifications for Chinese and global economic growth.

The IMF trimmed its forecast for global economic growth for 2020 and 2021 to 3.3% and 3.4% respectively. This news was shrugged off by the equity market as this brings the IMF estimates more into line with current economic consensus forecasts. The IMF did acknowledge it was seeing a slight acceleration in the world economy in 2020 with recent signs of life in some parts of the technology supply chain. This forecast was released prior to the news about Coronavirus.

One encouraging development to emerge from Davos was the decision by France to delay the collection of 3% digital revenue taxes mainly from the US technology giants until the end of 2020. In turn, the US will not impose retaliatory 100% tariffs against some French products. Sounds like they are kicking the ‘can-can’ down the road! However, the UK is planning a digital services tax and the US has already threatened to retaliate with tariffs on UK cars.

In the UK, the first tentative signs of a ‘Boris Bounce’ are emerging. Property website Rightmove said that new asking prices had increased by 2.3% on average since the general election, the largest increase for that period since it started reporting data. There were also further encouraging signs from the UK manufacturing sector as the ‘flash’ activity indicator reading for January increased from December and was well ahead of expectations. The service sector activity indicator also returned to growth in January. Despite the encouraging data, this week’s interest rate decision form the Bank of England is still ‘too close to call’.

In Europe, the European Central Bank (ECB) has launched its proposed monetary policy review which is expected to be completed by the end of 2020. The current 2% inflation target will be reviewed but there was an understandable reluctance by the ECB to pre-judge the likely outcome of the review. Meanwhile, ‘flash’ manufacturing activity indicators for the Eurozone for January was unchanged on the previous month although there were signs of manufacturing weakness receding further, particularly in Germany. Meanwhile, in Italy the far-right League Party looks to have been beaten by the centre-left Democratic Party in a closely watched local election in the north of the country.

In the US, house sales were much better than expected in December, increasing to the highest level since February.

In Japan, ‘flash’ manufacturing activity indicators for December, while remaining in contraction territory, were nonetheless significantly up on the previous month and better than expected.

In China, Hong Kong’s credit rating was downgraded by rating agency Moody’s which blames local authorities for failing to properly deal with social unrest. Meanwhile, Chinese authorities have locked down a number of major cities including the source of the Coronavirus, Wuhan, which has a population of some 11million people. The national new year holiday has also been extended in an attempt to contain the spread. In Shanghai, the government has stopped businesses from returning to work until 10th February.

Brent oil edged up initially to $65 after two production sites in Libya were reported to have shut down due to a military blockade. However, it drifted back below $60 on concerns about Coronavirus and its impact on China’s economic growth.

Finally, building high-speed rail link HS2 could cost up to £106bn according to the latest government commissioned review. In 2015, HS2 was projected to cost £56bn. This is either an example of extremely poor budget forecasting or rampant cost inflation! We will let you be the judge.

A final reminder that voting closes Friday for the City of London Wealth Management Awards.
If you have not yet cast your vote and wish to show your support we would greatly appreciate a moment of your time.
Please click here to vote.
A reminder that we have been nominated for the following categories: