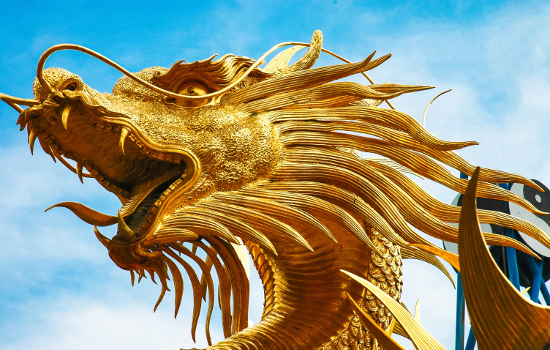 There are a record number of global billionaires. The recent growth in Chinese super rich has been staggering. According to a report by Swiss bank UBS, the largest communist state, China produced billionaires at the rate of two a week in 2017, with some 373 by the end of the year and an estimated wealth then of $1.12trillion. Many of them in sectors such as technology and retail with China the leading country for entrepreneurs to create wealth. Worldwide, total billionaire wealth rose by 19% in 2017 to a record $8.9trillion shared among 2,158 individuals.

While there are now more billionaires in Asia than the USA, American billionaires still have the largest concentration of wealth. However, the report suggests that on current trends, Asian billionaires could be wealthier than their US counterparts within three years.

China has been the fastest growing economy over the last decade which has created a perfect backdrop for entrepreneurs to flourish, particularly those who have developed disruptive internet-based business models.

However, while Chinese economic growth continues to make that of Europe look pedestrian, there are clouds on the horizon. New regulations by the Chinese authorities to tackle pollution and excessive lending are slowing the economy while the trade war between the US and China appears to be escalating. Given the recent correction in global stock markets in 2018 and US sanctions, some Chinese billionaires may discover their net worth on paper, may not be as much as it was in 2017.

October is a month many global investors may wish to forget. The MSCI world equity index finished the month down by almost 7%, although it was lower than this at one point, making it the worst month since 2012. This reflected higher US interest rates and bond yields as well as concerns about trade wars. After a Halloween horror, investors will be hoping for a seasonal year-end Santa rally. Last week, global equities rebounded strongly but challenges remain, principally the US mid-term elections, US/China trade talks, the Italian budget and Brexit.

The absence of an Italian credit downgrade and a comment from President Trump on Fox News ‘I think we will make a great deal with China’ initially helped restore some global market confidence. This proved short lived, as European and Chinese economic data disappointed and trade war fears re-surfaced.  American media reported that the US is planning to go ahead with tariffs on all remaining Chinese imports of $267bn if the next round of Trump/Xi discussions fail to find an agreement. Sounds like Trump’s usual ‘small carrot and very large stick’ approach! His chief economic advisor tried to play down the threat of more tariffs by saying ‘nothing is set in stone’. President Trump and Xi are due to meet at the next G20 summit in Argentina on November 30th.

The UK budget saw Chancellor Philip Hammond spend all the windfall delivered by the undershoot of Government borrowing against previous projections, leaving the longer-term deficit forecasts virtually unchanged from March. He said nothing about balancing the budget by 2025. While austerity might be perceived to have ended in the NHS, this may not be the case in other areas of government. Furthermore, while debt as a percentage of gross domestic product is projected to fall towards 74% over the next few years, this is still relatively high were there to be an economic shock. Clearly, failure to secure a Brexit deal could alter the economic landscape abruptly.

The Bank of England trimmed its economic growth forecasts for the UK to 1.3% for 2018 and to 1.7% for 2019 predicting that growth would be driven more by consumer spending as business investment remains weak.

S&P, the global credit rating agency said it expects the UK and EU to strike some form of Brexit deal, but warned that a ‘no deal Brexit’ could spark a deep recession in the UK economy that could last two years, which would result in it downgrading the UK’s credit rating. However, The Times reported that the UK has struck a deal with the EU on post-Brexit financial services. Furthermore, Brexit Secretary Dominic Raab was quoted as saying he expects a deal at the next EU summit on 21st November, so will the Irish border involve a can kicking exercise? The Guardian reported EU officials as suggesting the chances of the UK and EU striking a deal on the Irish border issue is 50-50.  Increasing hopes of some form of Brexit deal saw Sterling rally to $1.30.

German Chancellor Angela Merkel has told her CDU party that she will not run for re-election as its chairwoman in December and intends to step down as Chancellor in 2021. Her decision comes after her party suffered heavy losses in regional elections that threaten the stability of the governing coalition. Meanwhile, economic growth in the eurozone has slowed to 0.2% in the third-quarter after 0.4% growth in the second-quarter. On an annualised basis, growth slowed from 2.2% to 1.7%.  The Italian economy stagnated between July and September.

In the US, consumer confidence surged to another new 18- year high in October.

The Bank of Japan kept interest rates unchanged as expected and trimmed its inflation forecasts again to 0.9% to March 2019 and to 1.4% to March 2020, both still well below its target of 2%.

More stimulus from China to counter US tariffs? Media reported that the authorities are considering cutting the purchase tax on new cars with engines under 1.6 litres from 10% to 5%. Meanwhile, forward looking economic activity indicators continued to soften during October, reflecting weaker export orders.

Brent oil dip below $73 as trade war concerns re-surfaced and the US loosened some sanctions around Iranian imports.

Finally, a commemorative 50p coin will be issued to mark the UK’s departure from the EU next year. The coin will feature the Queen’s head and the date 29 March 2019 and on the reverse side the phrase ‘Friendship with all nations’. We can confirm Nigel Farage’s suggestion of his head on the new coin and on the reverse side the phrase ‘You are not laughing now, are you?’ was rejected by the selection committee.