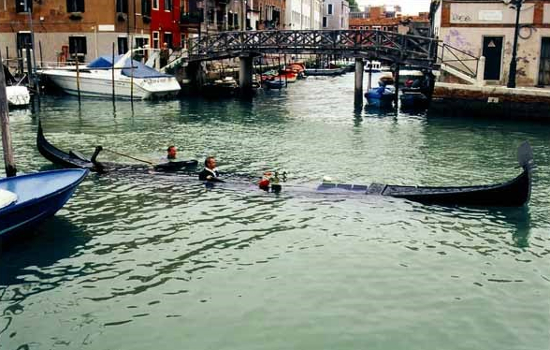 Italy’s populist government won this year’s elections with promises to spend big. However, are their promises already underwater?

National debt already stands at €2.3trillion which is 131% of the economy. That means that Greece is the only country in the eurozone with a bigger debt burden at 178%. Italy is bound by the EU Stability and Growth Pact, yet its current budget proposals breach this requirement. Brussels has responded by rejecting Italy’s budget and asking for a revised plan within three weeks. It is the first time that the European Commission has effectively rejected a draft budget proposal by a member country.

The political battle between Italy and the EU has seen the cost of borrowing rise and markets are effectively valuing Italian government debt as ‘junk’ as the CDS price trades in line with junk-rated issuers such as South Africa, with only Turkey and Argentina higher. There does not appear to be an easy way out of this showdown between Italy and the EU. Italy needs to issue some €250bn in debt next year. The spread of Italian 10-year debt over equivalent German bonds has been at around 300 basis points — or 3 percentage points. The Italian finance minister, Giovanni Tria, said such a spread is not sustainable. While the Italian government is so far sticking to its fiscal plans, PM Giuseppe Conte has said there is no chance of Italy leaving the EU or euro.

At an important time for unity within the EU, it doesn’t need the distraction of an Italian banking crisis.

Talking of budgets, will Chancellor Philip Hammond, as suggested by media reports over the weekend, let loose the purse strings later today or keep something in the tank for Brexit?

The after-shock from the shift from QE (stimulus) to QT (tightening) with higher US interest rates and bond yields continues to ripple across global asset classes. This has caused equities to de-rate as investors ponder on how tighter monetary policy will feed through into the real economy in 2019. Throw into the mix trade wars, Brexit, the Italian budget and volatile emerging markets as well as geo-political issues like Russia and Saudi Arabia and it is easy to see how sentiment has suddenly turned more cautious. Some 63% of MSCI’s global index is now in a ‘bear’ market while the annualised near-10% loss on US Treasuries and 4% on investment grade bonds would be the third-largest since 1970. Some clarity on Brexit, Italy, the US mid-term elections and US/China trade would be most welcome in the weeks ahead.

Comments from Chinese authorities about the world’s second-largest economy were initially supportive but Asian markets then went into reverse on fears about a slowdown in global trade on reports that President Trump has no plan to relent on China. The Chinese currency hit a 22-month low against the Dollar. In Europe, Italy and Brexit added to the uncertainty. Global industrial bell-weather Caterpillar didn’t help sentiment, as although the company re-iterated earnings guidance it shares dropped by 8% as it flagged higher manufacturing costs due to an increase in steel prices and trade tariffs. Even the US technology ‘FAANGS’ have been caught in the current market turmoil with highly-rated shares like Amazon and Alphabet (Google) falling on the slightest shortfall against market expectations. Interestingly, while over 85% of third quarter US company results have exceeded expectations, some two-thirds of those that have provided guidance for the fourth quarter have guided forecast expectations lower.  The S&P Index has dropped 10% from its September high, perhaps a useful correction given stretched valuations and tempered forecast expectations.

PM Theresa May spoke to MPs on Brexit and confirmed we are ‘95% there’ and that even a deal has been done with Spain on Gibraltar. However, the sticking point remains the Irish border! Brexit uncertainty saw sterling dip back towards $1.28.

In the UK, we have the Budget later today, ahead of which Chancellor Philip Hammond has received a £13bn annual windfall from better-than -expected public finances, which should help avoid raising taxes to fund NHS spending. However, savers are still under attack with the returns on NS&I index linked saving certificates lowered from RPI (currently 3.3%) to CPI (currently 2.4%). This is expected to benefit the Treasury by £610m over the next 5 years. UK manufacturing activity took a knock from Brexit uncertainty according to the CBI with new orders dropping at the fastest pace in three year in the quarter ended October. Meanwhile, the ASDA Income Tracker showed household income up 3.8% in September compared to last year.

In Europe, ‘flash’ manufacturing activity indicators showed a sharp decline in momentum in October across the region. While still remaining positive, the growth rate slowed to a 25-month low consistent with economic growth slowing to 0.3% in Q4. Mario Draghi, President of the European Central Bank (ECB), signalled an end to QE by the end of this year but has left himself room for manoeuvre, since recent economic data has been weaker than expected and there are ‘uncertainties’ related to protectionism, emerging markets and market volatility. While not commenting on Italy specifically, he said ‘regarding fiscal policies, broad-based expansion calls for rebuilding fiscal buffers where government debt is high’.

In the US, polls are beginning to narrow, creating uncertainty about the outcome of the 6th November mid-term election with a current indication that the Democrats could gain control of the House of Representatives by a narrow margin. Meanwhile, overseas investors are only buying half the amount of US Treasury stock that they did previously, with foreign ownership of US government bonds at 41% of the total in issue, the lowest share for 15-years. This is significant when considering the US budget deficit  which due to Trump’s tax cuts is expected  to grow from  under 4% to 8% of GDP by 2028. Meanwhile, stretched affordability and rising mortgage rates saw new home sales drop for a fourth straight month in September. US third quarter economic growth slowed from 4.2% in the previous quarter to 3.5% although this was in line with expectations.

President Xi Jinping pledged unwavering support for China’s private sector. The Chinese government also intends to cut personal income taxes to add additional fiscal stimulus to support the slowing economy. Chinese authorities have also revealed a clampdown on the $192bn peer-to-peer lending sector saying that 1,500 operators will be cut to 50 over the next 12-months.

Brent oil dropped back to $76 despite US sanctions against Iran, after comments from the Saudi Arabian governor of OPEC who suggested the oil market is heading into a state of oversupply in the fourth quarter.

Finally, a sign that UK austerity measures might not be over just yet? Due to a shrinking budget, firefighters in Devon and Somerset will have to focus on responding to fires and road traffic collisions rather than dealing with stranded cats. Perhaps a good thing cats have nine lives?