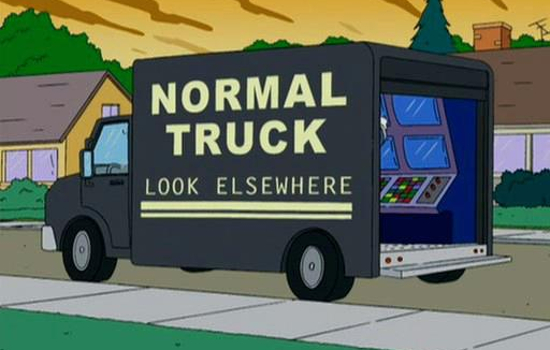 Notorious supervillain Gru is the main character of animated film Despicable Me. Some would say equally accident prone, but far more dangerous is GRU -Russia’s military intelligence unit. What are Putin’s minions up to?

British and Dutch authorities recently named four members of Russia’s GRU caught red-handed trying to infiltrate the inquiry into the Salisbury poisoning. They were parked outside the headquarters of the world’s chemical watchdog in The Hague. Britain’s ambassador to the Netherlands revealed that the GRU’s cyber warfare arm had launched a ‘spear-phishing’ attack against the Foreign Office. A similar remote attack was detected against Porton Down, the UK military lab which first identified the use of Novichok.

We recently highlighted Russia’s largest military exercise since the Cold War – Vostok 2018. The nature of warfare is evolving and rather than tanks and fighter jets its now about targeted state sponsored hackers. Foreign Secretary Jeremy Hunt said the West needs ‘to work together to counter this pattern of cyber-attacks, which is the new type of attack that the whole world is having to deal with’.

The use of a military grade nerve agent on the streets of Salisbury was scary enough. It’s a sobering thought that a despicable cyber-attack could cripple the UK’s power generation and distribution network.  Meanwhile, British forces have taken part in wargames practising taking out a huge cyberattack to black out Moscow. Russian submarine activity is also reported at a 25-year high and the West is now worried about the security of undersea communications cables that carry nearly all of the world’s internet traffic as severing them would cause chaos.

To add to the growing tension, President Donald Trump stated this weekend the US is planning to withdraw from the Intermediate Nuclear Forces Treaty with Russia.

Talking of red October, global geo-political developments continue to weigh on investor risk appetite, with the focus shifting to Saudi Arabia. Pressure is growing on the Saudis to explain the death of journalist Jamal Khashoggi at the Saudi consulate in Istanbul. Donald Trump has raised the possibility of imposing sanctions but said halting an arms deal would ‘hurt us more than it would hurt them’.

Slower Chinese economic growth due to regulation and trade tariff concerns, while widely anticipated, added to current market caution. In Europe, Brexit and Italy continued to overshadow markets with concerns that credit rating agencies could downgrade Italy’s credit rating. Italy’s 10- year bond yield climbed to 3.74%. By comparison, the UK 10-year Treasury yield is 1.55%. The EU has attacked Italy’s budget plans saying that the spending is excessive, sending a letter asking for changes to it, given the proposed budget is not in line with the EU Stability and Growth Pact.

The 10-year US Treasury yield crept back up towards 3.2% while the MSCI Emerging Market Index slipped back towards recent lows. Global growth concerns persist and are likely to continue until investors have greater conviction in the outlook for company earnings.  For example, French tyre manufacturer Michelin has cut its sales growth expectations due to declining demand from China and a slump in European car sales due to new emission tests. By comparison, US company earnings in general remain supportive of the S&P 500 index.

Turning to Brexit, ‘little sprouted from Brussels’. The summit of EU leaders failed to make decisive progress in reaching an agreement but there was a suggestion that the transition period could be extended ‘a matter of months’ to enable a solution to be found to the Irish border issue. However, Conservative Brexiteers have already responded angrily to this suggestion, objecting to paying billions to the EU for a longer period. Meanwhile, in the real world, the National Farmers Union has requested an urgent meeting at the highest level of government as farmers cannot deal with Brexit uncertainty overhanging plans for livestock and crops. The chief of the CBI called for compromise and welcomed an extended transition period as companies are already accelerating Brexit contingency planning. EU negotiator Michel Barnier said a Brexit deal with the UK was 90% done but admitted negotiations could break down because of the impasse over the Irish border. Over the weekend, UK media reported that the PM faces a rebellion by 40 of her MPs if she does not bow to fresh demands from Brexiteers within the next 48-hours.

In the UK, average wage growth, excluding bonuses was up 3.1%, the fastest pace of rise in a decade. Meanwhile, inflation fell back in September to 2.4% aided by lower food prices. However, while wages are at last outpacing inflation, consumer spending appears to have peaked after the hot summer spell. UK retail sales dipped by 0.8% in September with food sales down by 1.5%, perhaps due to the end of the BBQ season? Meanwhile, government borrowing was much lower than expected in September and dropped to an 11-year low which provides some help for Chancellor Philip Hammond although longer term commitments to the NHS are inevitably going to require either higher taxes or more borrowing.

In Europe, the outlook for the German economy continues to soften according to the ZEW activity indicator. Besides Brexit and Italy, the escalating trade war is not helping German business confidence.

In the USA, the Federal Reserve (Fed) September meeting minutes revealed broad agreement among members on the need to continue ‘gradual’ policy tightening which helped push 10-year Treasury yields back up to 3.2%.

China’s third quarter economic growth rate slipped back from 6.7% to 6.5% reflecting tighter regulation by the authorities and trade tariff uncertainty.

Brent oil slipped back to $80 on concerns about global growth even though Saudi Arabia which, accounts for 40% of global production threatened retaliation should President Trump apply sanctions against it over the Kashoggi issue.

Finally, Brewdog is opening a bar in Canary Wharf. One of the beers on draft will be ‘Hop Exchange’, the price of which will track the movement of the FTSE 100! Not sure that City traders will be happy that a pint of ‘Hop Exchange’ is much cheaper in October than September.