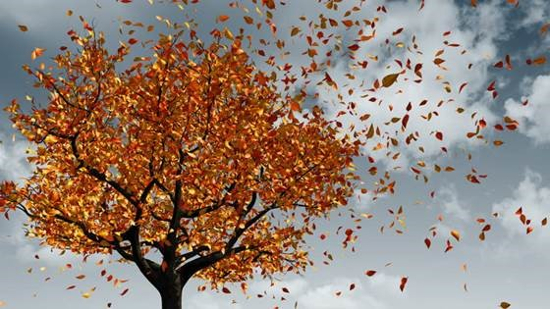 Autumn officially started on the 23rd September. Intriguingly, the season is referred to as ‘Fall’ in America and is roughly marked the recent peak of the US stock market.

Along with many other global markets UK equities have taken something of a battering over the last week.

While UK media has tended to focus on Brexit, there are bigger ‘elephants in the room’, calling time on Central Bank global stimulus (QE) and shift to tightening (QT) coupled with US interest rates on a steady upward path. This is significant given that according to analysts, global debt, since the financial crisis, has risen from $173trillion to $250trillion. Rising US interest rates must logically cause some discomfort and emerging markets have this year felt the brunt of this. Government bond yields are also rising, as investors react to the new interest rate environment.

The outlook is clouded further by the ongoing trade dispute between the US and China, as well as issues in Europe, namely Brexit and the Italian budget. Finally, were comments last week from the IMF about the challenges facing the global economy, a reality check for investors?

The US has just been battered by Hurricane Michael. If you know there is a storm approaching it pays to batten down the hatches before it approaches. You might not escape completely unscathed, but being prepared, you should come through it safely. It is too late to act when the storm hits. While we don’t believe markets have been hit by a hurricane, there is no doubt the global economy faces greater headwinds. While not immune from the recent market battering, we would like to think that forward planning has helped cushion us somewhat from recent volatility.

We have been re-positioning for the shift from central bank QE to QT for some time now.

The US is now entering the key third quarter earnings season and investors will be carefully reading management trading outlook statements for indications of the real health of the global economy. In the meantime, we take comfort from continued M&A activity in the UK and director share buying after the recent sell-off.

The Italian budget situation sent a shock wave across European markets. Bond yields edged higher and risk assets moved lower. Hopes of progress on Brexit talks saw Sterling rally to $1.325 – a headwind for overseas earners which added to the pressure on the UK market with a shift in demand back towards UK domestically focused companies. Sentiment was not helped by the ongoing US/China trade spat and a lowering of global growth expectations by the IMF.

The International Monetary Fund (IMF) lowered its global economic growth forecast for this year and next to 3.7% from 3.9%. Besides concerns about the trade war between the US and China, the downgrade reflects slower growth in the eurozone as well as turbulence in a number of emerging market economies. While the global economic growth outlook remains supportive of equities the IMF is a reminder of the uncertainties which investors currently face.

The Bank of England has urged the EU to allow £40trillion of insurance policies and centrally cleared derivatives contracts to be honoured after the UK leaves. It has warned that without EU action, the contracts the EU banks have with clearing houses based in the UK may be left in limbo or need to be closed out, increasing costs to banks and businesses. The IW economic institute in Cologne has warned that a ‘hard Brexit’ could result in extra tariffs of €3bn for German companies each year while exports to the UK could fall by over 50%. Meanwhile, in the UK, the Times reported that as many as 30 Labour MPs may be prepared to defy Jeremy Corbyn and vote in favour of a withdrawal agreement to prevent a ‘no deal’ Brexit.  However, the DUP has said it will withdraw support for the PM if it does not like the deal.

The UK economy is ‘stuck in a rut’ according to the British Chamber of Commerce (BCC). Its latest quarterly economic survey of 5,600 firms found that companies in the service sector had ‘given up’ hiring staff. The BCC director-general said ‘We are stuck in limbo while Brexit negotiations rumble on’. Data from Barclaycard revealed consumer spending grew by 3.9% in the year to September after an unusually strong summer. Higher petrol prices drove up spending but women’s clothing declined. Nearly half of consumers surveyed say they are planning to spend less on Christmas than they did in 2017.  The UK economy grew by 0.7% in the three months to August aided by the hot weather but August itself was flat year-on -year.

Italian 10-year bond yields hit a new high of 3.6% as the European Commission vice-president said that Italy’s situation is vulnerable and that talks about its budget may prove very difficult.

Germany’s role as the engine of eurozone economic growth was called into question by a third straight monthly contraction in industrial output, partly due to weakness in car manufacturing which has been hit by the diesel emissions scandal.

Brazilian equities and currency jumped on news of right-wing populist Jairo Bolsonaro’s first-place finish in the first round of the country’s presidential elections given his ultra-liberal economic policies.

Brent oil moved up to $85 ahead of US sanctions against Iranian exports and potential hurricane disruption in the Gulf of Mexico, but dropped back below $81 on the global equity sell-off.

Finally, a two-storey penthouse apartment in One Hyde Park, the luxury Knightsbridge development, has been sold to a secretive offshore buyer for £160m, making it Britain’s most expensive home ever sold.