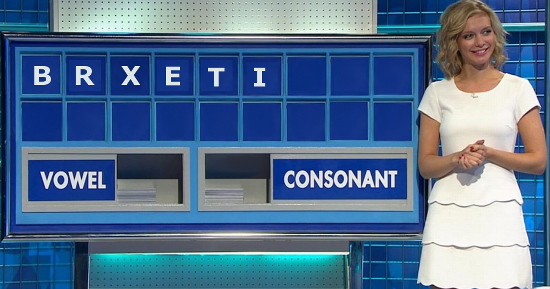 Just in Time is a very simple concept, but one that is essential in modern manufacturing. Global supply chains and tight control of working capital means manufacturers and retailers rely on smooth running logistics, with delivery ‘just in time’ of components and finished goods.

We appear to be entering the final countdown in the Brexit standoff. The UK’s Brexit negotiations are heading down a similar, just in time resolution. With the likelihood of a ‘deal’ with Europe not being achieved in the remainder of 2018, how can business prepare for the challenge of 29th March 2019.

A ‘no deal Brexit’ could result in greater trade friction – confusion, red tape and delays at airports and ports. Even very slight distribution delays might well scupper the cash flow of many smaller businesses.

Many people and now larger companies are starting to stockpile key goods and components, ahead of Brexit, to ensure they can continue normally. However, this requires one essential item, somewhere to store the goods. For example, Honda has estimated that holding the required nine days of components to make its cars would require a warehouse the size of 42 football pitches. One estimate suggests that to keep things running normally would require UK businesses to hold some £40bn of inventory.

Unfortunately, according to property agents Savills, the UK is an ‘under-warehoused’ country with warehouse stocks of about 7.6 sq. ft. per person compared to 39 sq. ft. in the USA. The growth of internet shopping in the UK has driven demand for large distribution warehouses and smaller distribution hubs reducing the amount of warehouse space available while in the wake of the 2008 financial crisis, funding has not been readily available to finance speculative development of traditional new warehouse space.

Whether it is Brexit or business, just in time only works when everything is synched and works seamlessly.

Italy joined the UK on the EU ‘naughty step’ with worries that its draft budget could spark another eurozone crisis along the lines of Greece in 2010 and by Spain and Italy in 2012, when the continued existence of the euro was seriously called into question. However, the Italian government has subsequently offered a potential olive branch to the EU.

Globally, the focus was on comments from the US Fed which saw the 10-year US Treasury yield rise to 3.2%. Significantly, China announced that it is selling $3bn of US dollar bonds -another twist in the US/China ‘tit-for- tat’ trade war? Tensions between the US and China will not be helped by US media reports that the Chinese used a tiny chip in a huge hack that infiltrated numerous American technology companies including Apple and Amazon.

PM Theresa ‘twinkle toes’ May danced onto the stage at the Conservative party conference  promising an end to austerity if members got behind her Brexit Chequers plan. Boris Johnson and the Brexiteers were not able to mobilise grass roots opposition to Chequers in a way that directly threatens May’s position or will force policy change. The focus should now shift away from the Johnson-May ‘soap opera’ to the task of agreeing a solution to the Irish border issue to satisfy both the DUP and EU. Sterling got a big boost last week after the EU and projected optimism that a deal on the UK Withdraw Agreement could be found by November. If an agreement can be reached then the challenge will be getting it agreed in the House of Commons given the current split of opinion between the SNP, DUP, Labour and Conservative Brexiteers.

UK manufacturing activity ended the third quarter on an upbeat note with an acceleration in new orders in September.

In Europe, Jean Claude Juncker President of the European Commission, warned that the Italian budget plan could trigger another ‘Greek style’ debt turmoil. Italy’s lower house budget head Claudio Borghi also said Italy would resolve the vast majority of its economic problems if it had its own currency. Italian 10-year bond yields climbed to a 4-year high of 3.3%. However, the populist government is planning to reduce the level of the budget deficit in 2020 and 2021 which might open the door to negotiations with Brussels.

In the US, in the fiscal year ending September, gross national debt ballooned by $1.27trillion to a breath-taking $21.5trillion. This now represents 105% of US gross domestic product. At a recent press conference, Jerome Powell, Chair of the US Federal Reserve said the US ‘is on an unsustainable fiscal path, there’s no hiding from it’.  However, in a sperate speech he did say the US economy was operating with ‘limited slack’ and faced a ‘remarkably positive outlook’. He welcomed the recent pick-up in wage growth and said it need not be inflationary and does not feel trade tariffs will impact the data.  From these comments there would appear to be no reason to the continuation of gradual interest rate hikes with the next hike likely in December. The services sector activity reading for September hit the highest level ever, yet another sign that the US economy is booming, but is it in danger of overheating?

The People’s Bank of China has cut bank reserve requirement ratios by 1% underlying the authorities’ determination to mitigate the risk to economic growth from US trade tariffs.

Brent oil touched $86 due to US sanctions against Iran but subsequently dipped back to $83.50 reflecting concerns about US interest rate policy.

Finally, a sign of low unemployment in the US and UK? Amazon is raising wages for its lowest paid workers to $15 an hour in the US and from £8 to £9.50 in the UK with £10.50 for those based in London. The move is expected to benefit some 250,000 workers in the US and 17,000. In the UK, about half of Amazon’s warehouse workers come from the European Economic Area.