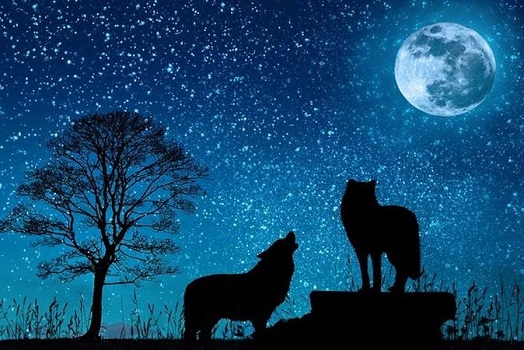 Spookily, the 2021 United Nations Climate Change Conference, also known as COP26, starts on the 31st October. COP26 is due to be the largest climate change conference since Paris in 2015, but uncertainty about the attendees is concerning. Last week The Queen was overheard to say “I’ve been hearing all about COP and I still don’t know who’s coming.”

Scarily, ahead of the meeting in Glasgow, carbon emissions have started to rebound strongly and are rising across the world’s G20 richest nations which are responsible for 75% of global emissions. This comes at a time of even more extreme weather events. Will world leaders be haunted by the commitment to the 1.5°C target temperature threshold?

World leaders face a challenge – economies have been spooked by the global pandemic and regional lockdowns, but are rebounding strongly. This has, in turn, contributed to a terrifying spike in demand for energy. Global supply chains are struggling to cope with the sudden release of pent-up consumer demand. Global manufacturers need more power to produce the components and goods we all want.

China is a world leader in the development of green energy solutions, nevertheless, it is still estimated to be responsible for around 60% of the rise in use of coal, along with India and the US. Both India and China have suffered power shortages with the latter imposing electricity rationing that is likely to exacerbate global supply chain disruption. Thermal coal prices have surged to a spine-chilling high as China and India chase supplies to keep their factories running.

Whilst more than 120 leaders have confirmed their attendance, COP 26 feels as if it could prove to be a ‘cop-out’. China’s President Xi Jinping and Russian President Vladimir Putin are not attending the event, which is a bit of a nightmare. In the meantime, we are all paying the price of political leaders dragging their feet on climate change with more extreme weather events while the current global energy crisis has added to the spectre of inflation.

The third quarter company earnings season has remained supportive of US equities although in the UK the rise in Covid-19 cases has created some uncertainty.  Global supply chain disruption and inflationary pressures are featuring in more company updates. Meanwhile, in China the Evergrande debt crisis has continued to overshadow markets.

The ramifications of the global energy crisis and power shortages in China upon the global supply chain continue to grow. The global car industry is already under pressure due to the lack of computer chips, but now faces another challenge. Magnesium is the key ingredient for aluminium alloys in vehicles and stockpiles are at critically low levels. China produces 85% of the world’s magnesium and Chinese producers of auto sheet are struggling due to power shortages which has also affected aluminium production. In one region of China a number of magnesium smelters have been ordered to close until 2022 and the remainder to slash production by 50%. The Chinese government has since taken action to tame record high coal prices and has said that it will ensure coal mines operate at full capacity to ease the power shortage. No wonder President Xi Jinping is not attending COP26!

Health officials are keeping a close watch on a new form of the Delta variant which is believed to have contributed to the increase in UK Covid-19 infections. About 6% of new cases are believed to be from the new variant AY.4.2 or ‘Delta Plus.’  The South West has seen many cities move from having the some of the lowest case rates per 100,000 in the country to some of the highest as result of the Wolverhampton testing laboratory mis-diagnosis scandal. Slow roll out/take-up of the booster jab and rising cases amongst 12-15 year old children are also being highlighted for the spike in UK cases. The government is not planning to initiate Plan B despite calls from The British Medical Association. Yet again, it feels as if the government is behind the curve on Covid-19.

An eventful week for the UK Gilt market following comments from the governor of the Bank of England, Andrew Bailey. The case for an aggressive tightening of UK monetary policy before Christmas seems far from convincing given energy costs, supply chain disruption and rising Covid-19 cases. Nonetheless, this has not stopped sterling rate futures pricing in an interest rate hike to 0.5% as soon as December. There was a modest downside surprise from September’s UK CPI data, as the Eat Out to Help Out comparatives reversed slightly with headline inflation of 3.1%. However, the Bank of England’s new chief economist Huw Pill has warned inflation is likely to rise ‘close to or even slightly above 5% early next year. Inflationary pressures appear to be building everywhere, for example, the Food & Drink Federation said that inflation is running at between 14%-18% for the hospitality sector and that food and drink price rises are on the way for consumers. UK retail sales fell for the fifth straight month in a row in September falling by 2.6% with household goods (furniture, lighting) particularly weak. Perhaps everyone too busy buying petrol?

A big week ahead for Chancellor Rishi Sunak as he presents his Budget on Wednesday. Against a background of a rapid improvement in the Government’s borrowing position he has already announced a £6bn injection for the NHS and may start re-balancing the North/South transport divide but is likely to hold firm on plans to repair the UK’s pandemic hit finances.

In Europe, September’s inflation reading was 3.4%. The unexpected resignation of Bundesbank head Jens Weidmann will remove one of the more ‘hawkish’ influences at the European Central Bank.

In the US, industrial production in September dropped by 1.5% as manufacturers continued to be affected by Hurricane Ida and computer chip shortages restricted car output. Meanwhile, Treasury Secretary Janet Yellen said she expects price increases to remain high through the first half of 2022, but rejected criticism that the US risks losing control of inflation.

The Governor of the People’s Bank of China Yi Gang sought to calm investor fears about the property sector debt crisis by saying ’overall, we can contain the Evergrande risk.’ Not everybody may agree with this calming statement as some Chinese builders have been part-paid for work with Evergrande shares while many apartments that are held by speculators remain unoccupied. Furthermore, Evergrande’s planned disposal of its property services business for $2.6bn has collapsed. Meanwhile, 19 Chinese banks that are ‘systemically important banks’, or too big to fail, will be required to increase their capital requirements. However, there was some more encouraging news with Chinese retail sales up by 4.4% in September. Meanwhile, China has announced another Covid-19 outbreak and lockdown in inner Mongolia as well as reporting new cases in Beijing.

Brent oil eased back slightly to $86 as Saudi Arabia predicted a ‘challenging year’ for oil prices in 2022. OPEC+ forecasts the global oil market is due to return to a surplus of 1.4million barrels of oil a day surplus. In the near-term however, output is not being increased sufficiently to alleviate the energy crunch during the cold winter spell in the northern hemisphere.

Finally, while China is still a big consumer of fossil fuels at least its share of Bitcoin mining has fallen to effectively zero after the country declared all Bitcoin transactions illegal.  Bitcoin mining takes enormous computing power and uses huge amounts of electricity. The USA is currently the largest Bitcoin miner followed by Kazakhstan and Russia.