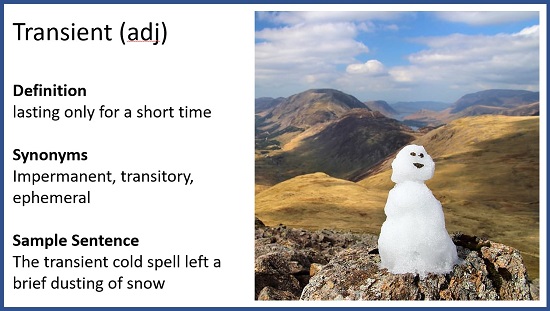 At the start of the year economists were predicting the UK could enjoy a 21st Century version of the ‘Roaring Twenties’. However, economists are now warning of the risk of ‘stagflation’ – persistently high inflation and stagnant demand.

The Bank of England (BoE) appears to be shifting from its ‘transitory inflation’ message and acknowledging that upward price pressures could last longer than originally expected. Wage inflation is starting to appear with the shortage of HGV drivers a prime example – this is not just a UK problem but also one across Europe and the US.

There has been a much-publicised talk of a global energy crisis with spikes in the price of oil, thermal coal and gas. This, in turn, is having a knock-on effect on households, but especially industry. With the extreme short-term move in energy costs, industries will have little option but to pass on higher input costs to customers fuelling inflationary pressures. Those that can’t will need to cut costs to avoid lower profit margins.

Again, the energy crisis is a global problem – even China has imposed electricity rationing on its manufacturers. The impact of higher energy prices in an economy that is an inefficient energy consumer could also add to current global supply chain disruption. The UK’s position has been exacerbated by its decarbonisation strategy with the unpredictability of wind energy and a lack of storage.

Whilst markets appear in comparatively buoyant mood, central banks, including the BoE, have to tread a very careful path. They must wean markets off QE by gradually tapering stimulus measures, while addressing stubbornly high inflation, but not choking off the post -pandemic economic recovery. Rising wages and energy prices are another potential headache!

The good news is that the world is still facing a supply chain challenge, rather than a demand led problem. The release of pent-up household demand should underpin economic recovery, but consumer and business confidence could be knocked if interest rates were to rise too quickly given energy bills are going up at an alarming rate.

The UK’s index of leading blue chips hit a 2021 high last week as investors continue to look ahead into next year when new capacity coming onstream should start to alleviate both the global energy and supply chain crisis.

Equity markets continued to shrug off the global energy crisis last week with the US helped by the start of the earnings season and good updates from the leading American investment banks while UK blue chips were bolstered by the oil majors as Brent oil hit $86. The Evergrande debt contagion crisis in China has not gone away while Covid-19 is still with us.

The shockwave from the global energy crisis continued to ripple around the world. Over half of India’s coal -fired power stations, supplying 70% of the country’s electricity were said have under three days of stocks. In China, one of the country’s largest steel producing regions in the north-east warned about the impact of power shortages. The price of coal used in China’s power plants has hit a record high as the country’s key mining region has been hit by heavy rainfall and flooding.

Globally, heavy industries such as steel, aluminium and fertiliser which, are major consumers of power are all warning that higher energy prices will cut output. In Europe, a Dutch aluminium producer announced it intends to wind down production. Aluminium prices hit a thirteen-year high.

In the UK, the Government announced a quick-fix agreement with CF Fertilisers to protect the country’s supply of CO2 until January 2022 given the spike in natural gas prices. However, the American owners of the plant at Billingham are expecting the UK government to develop alternative sources of CO2 which does not sound encouraging.  Meanwhile, the UK’s largest poultry producer, 2 Sisters, highlighted the impact of this with CO2 costs having risen by 500% in three weeks.

Higher energy prices feed into higher inflation and central banks have been commenting on their inflationary concerns. One member of the US Federal Reserve (Fed) said that inflation is broadening, not transitory. ‘It is becoming increasingly clear that the intense and widespread supply-chain disruptions will not be brief.’ The Fed could begin tapering its monthly asset purchase programme as soon as mid-November based on minutes of the September committee meeting. Meanwhile, with inflationary pressures in the UK, short Sterling futures are now suggesting the Bank of England could raise interest rates to 1% by the end of 2022.

Supply chain disruption was highlighted by the news that the UK’s largest container port Felixstowe is considering turning container ships away as the port cannot handle any more due to the shortage of HGV drivers. The world’s largest shipping company Maersk also confirmed it intends to divert ships away from Felixstowe as the port is full to capacity. The turnaround time on containers has doubled to over nine days adding to supply chain frustration. It is worth noting that the UK is not the only country to suffer from container ship delay with similar stories in the US and China and that supply chain disruption is a global challenge. For example, the Port of Los Angeles which handles 40% of all cargo containers entering the US is to start operating 24 hours a day to clear a backlog. Meanwhile, there has been a massive container ship traffic jam since August outside of one of the world’s busiest ports, Shenzhen in China which recently had to suspend activity due to tropical cyclone Kompasu. Some UK retailers are already warning of stock shortages for Christmas. Oh no, not more panic buying?

In the UK, the number of job vacancies has hit a record high with an estimated unemployment rate of 4.5%. Whilst it is encouraging that the feared increase in redundancies expected when furlough ended has not happened, clearly many sectors are having recovery and growth prospects held back by a shortage of skilled staff. Underlying wage growth in the three months ended August was estimated to be between 4.1%-5.6%. Higher wages should be supportive of consumer spending providing the goods are available to buy! Growth in retail sales in September slowed to its lowest level since January, with a sharp deterioration towards the end of the month as the fuel crisis took hold. UK economic data for August was, to be fair, all over the place, but the picture is one of growth picking up after the July ping-demic wobble.

In Europe, Germany cuts its economic growth outlook for 2021 from 3.7% to 2.4% reflecting supply chain disruption to its dominant manufacturing industry. However, the growth forecast for 2022 has been raised from 3.9% to 4.8% to reflect the easing of supply issues.

In the US, consumer price inflation (CPI) was 5.4% in September, slightly ahead of expectations. The Fed is expected to start tapering in mid-November while the market is now anticipating almost four US interest rate hikes by the end of 2023, which is more than expected just a month ago.  US producer prices increased by just 0.5% in September but the annualised increase of 8.6% was the highest annual manufacturing inflation rate since 2010. US retail sales were better than expected and are likely to reinforce the view that tapering is a ‘done deal.’

China’s State Council said electricity prices may be allowed to rise by up to 20% against a benchmark, double the level of the current cap, a move that would make it profitable for energy producers to boost supply, whilst also curbing user demand. This is likely to add to inflationary pressures and to further add to global supply chain woes. Producer price inflation jumped to an all-time high of 10.7% in September. China’s new car sales dropped by 13% in the third quarter as the global shortage of semi-conductor chips shows no sign of abating. Meanwhile, Evergrande debt contagion worries continued with yet another smaller Chinese property developer, Sinic Holdings, warning of imminent default. Evergrande was also reported to have missed its third round of bond coupon payments. Even an orderly restructuring of the worst affected Chinese property developers would inevitably see construction activity slow much further. The People’s Bank of China has continued to inject liquidity into the financial system.  Power shortages and supply chain disruption were responsible for China’s economic growth coming in below expectation in the third quarter. Growth slowed to 4.9% and the fourth quarter is likely to see a further slowing as the energy constraints are likely to persist.

In Japan, producer cost inflation is running at the fastest pace in thirteen years, rising by 6.3% in September. Japan’s government tweaked the wording of its monthly assessment of the economy to flag that the speed of the ongoing recovery has slowed.

Brent oil jumped to $86 as oil demand continues to grow as more countries exit lockdown and look set to reach pre-pandemic levels within the next few months. Power shortages in China and India as well as record thermal coal prices also look supportive of oil.

Finally, relations between the UK and Russia remain frosty and will not be helped by news that sources have told ministers they have evidence that Russian spies had stolen the blueprint for the Oxford/Astra Zeneca Covid-19 vaccine to create the Sputnik jab. Talking of frosty, let’s hope a polar vortex is not heading our way as Russia supplies Europe with an awful lot of gas!