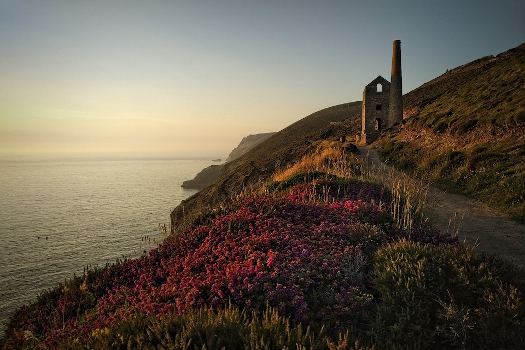 The Covid-19 pandemic has already driven a gold rush in Cornwall with booming property prices, as many looking to relocate to the South-West with a pandemic driven re-evaluation of lifestyle and ability to work from home. However, could a second ‘gold rush’, or to be accurate, a ‘lithium rush’ be about to get underway?

Lithium is a key component in batteries used in electric vehicles and prices have doubled so far in 2021. The UK has committed to a net-zero carbon pledge and to phase out petrol and diesel cars. Both the UK and the EU acknowledge the scarcity of supply and have added lithium to the list of critical raw materials in an effort to reduce reliance on overseas markets.

Cornish Lithium is looking to capitalise on the recent G7 meeting in Cornwall via a crowdfunding campaign to undertake further test drilling. It has rights to explore over 300square kilometres of Cornwall and is seeking lithium in enriched geothermal brines. Cornish Lithium believes that if exploration is successful that it may be able to extract at least 10,000 tonnes of lithium a year as early as 2024.

However, Cornish Lithium is not the only lithium prospector in the South West. Rival British Lithium is aiming to produce 21,000 tonnes of lithium by 2026. Both companies are also up against global miners like Rio Tinto, which has a lithium mining project in Serbia. A feasibility study is currently underway, but Rio believes the site could produce 55,000 tonnes of battery grade lithium if viable.

As Ross Poldark is fully aware, Cornish mining exploration carries significant financial risk.  Latterly, Sirius Minerals, now owned by Anglo American, failed in its attempt to develop on its own, a potash mine under the Yorkshire Moors. However, with China controlling the bulk of the world’s rare earth metals and the growth of wind energy and electric vehicles, then the West needs alternative sources of lithium.

Could Cornwall see the re-birth of its historic mining industry?

All eyes were on the US Federal Reserve (Fed) -inflation, interest rate guidance and any signals of tapering of bond purchases. Equity markets ‘wobbled’ at the end of last week following ‘hawkish’ comments from Fed member James Bullard, with an entirely reasonable suggestion that a shift in policy is a natural response to recent US economic activity and inflation data.

Global geo-political tensions were noticeable last week with President Joe Biden’s meeting with President Vladimir Putin and comments about China at the meeting of NATO. This was also highlighted by Taiwan which reported the incursion of a record number of Chinese military aircraft into its airspace.

Disruption in the global container shipping industry shows no sign of being resolved quickly and could lead to a shortage of some items in the run up to Christmas. An outbreak of Covid-19 in Guangdong has caused congestion at the region’s ports. Meanwhile, in the UK, some food retailers and pub groups have been reporting shortages of some fresh produce with the haulage industry highlighting a shortage of experienced drivers due to a range of factors including Brexit and Covid-19.

PM Boris Johnson confirmed the delay to fully unlocking the UK economy from 21st June to 19th July to allow more people to be fully vaccinated against the Delta variant. Meanwhile, analysis of more than 14,000 Delta cases by Public Health England has revealed that two doses of the Pfizer and Astra Zeneca vaccines reduce the risk of hospitalisation after infection with the Delta variant by 96% and 92% respectively. The Lancet medical journal reported a reduction in effectiveness of both vaccines against the Delta variant and against the Alpha (Kent) variant. For Pfizer, effectiveness dropped from 92% to 79% and for Astra Zeneca from 73% to 60%.

In the UK, CPI inflation jumped above the Bank of England (BoE) long term target to 2.1% in May, driven by higher petrol and clothing prices. The BoE appears to be continuing to take the view that current inflation is transitory but will the latest figures get it to start considering tapering bond purchases?  Sterling moved up above $1.41 on the inflation data but subsequently weakened to $1.38 after the interest rate guidance from the US Fed.

In the US, the Fed FOMC statement was barely changed from last time with the view that current inflation is transitory and bond buying has been maintained at $120bn a month. However, the ‘dot plots’ projection chart is now showing that the majority of Fed members see two interest rate increases by the end of 2023. That is a little sooner than had been expected and the yield on US 10-year Treasuries edged back up above 1.5%. The Fed made no mention of bond tapering in its statement, but at the press conference Fed Chair Jerome Powell suggested that discussions about discussing tapering asset purchases were likely to be ‘on the table at upcoming meetings.’ However, subsequently Fed member James Bullard said that inflation risks may require raising interest rates next year.

China confirmed it is to release copper, aluminium and zinc from its strategic reserves to help stabilise commodity prices. Meanwhile, the latest Chinese economic data missed estimates as growth normalised following the strong first quarter exit and anniversary of exit from lockdown.  Retail sales grew by an impressive 12.4% in April but down from 17.7% in the previous month while industrial production slowed to 8.8% from 9.8%.

The International Energy Agency called on OPEC+ to increase production as it forecasts oil demand is expected to recover to pre- Covid-19 levels by 2022. Brent oil was steady at $73.

Finally, Coca-Cola a Euro 2020 sponsor saw over $5bn wiped off its stock market value after health-conscious Juventus superstar Christiano Ronaldo removed two bottles of Coca-Cola at a press conference and said ‘drink water’. A classic ‘own goal’ by Coca-Cola?