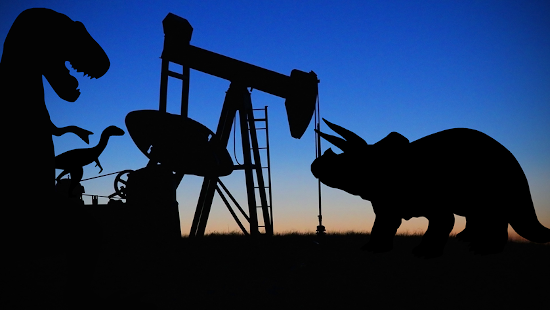 In a landmark case, a court in the Netherlands has recently ruled that oil giant Royal Dutch Shell must reduce its CO2 emissions by at least 45% by 2030 compared to its 2019 levels.

Acknowledging the ruling, the company has pledged to ‘rise to the challenge’. Ben van Beurden, Shell’s Chief Executive, has responded that the company would fast-track its plan for the energy transition. “For Shell, this ruling does not mean a change, but rather an acceleration of our strategy.”

It is the first time a company has been legally obliged to align its policies with the Paris climate accord, in a case that was brought to court by Friends of the Earth. Shell is expected to appeal the judgement, which is only legally binding in the Netherlands, but affects the company’s entire global business. The ruling could have wider implications as it’s not good enough for firms to comply with the law on their emissions – it appears they now have to meet global climate policy requirements as well.

Shell agrees urgent action is required on climate change and has accelerated its efforts to become a net-zero emissions energy company by 2050. This includes investment in low carbon energy, including electric vehicle charging, hydrogen, renewables and biofuels. The American oil giants are also under pressure to accelerate emissions reduction goals. Chevron investors have voted in favour to cut its customer emissions while shareholders at Exxon have elected two climate activists to its board. Meanwhile, President Joe Biden’s administration has announced that it will suspend oil and gas leases in Alaska’s Arctic National Wildlife Refuge pending an environmental review. The move reverses former President Donald Trump’s decision to sell oil leases in the refuge to expand fossil fuel and mineral development.

Everybody wants a greener future and to protect the planet. The energy giants are under real pressure from shareholders to accelerate the pace of change, but it is like turning an oil super-tanker! Then again, shareholders always have the option of voting with their feet, if ever unhappy with a company and its long-term strategy.

The oil giants will need to adapt to survive to avoid becoming dinosaurs.

Inflation continued to be the main focus for investors with a jump in Chinese factory gate inflation and US inflation data higher than expected. Despite this, the US S&P index managed to close at its first record high since early May and more tellingly, US 10-year Treasury yields dipped to the lowest level since March suggesting markets do not expect any change in strategy from the US Federal Reserve (Fed) which views current inflation pressures as transitory.

Covid-19 remains the other key factor for investors, particularly the UK where PM Boris Johnson is expected later today to confirm a four-week delay to full exit from lockdown from June 21st to July 19th. The extra time should allow continued roll out of the vaccination programme. Currently 41.5million people or 79% of UK adults have had one jab while 30million or 56% have had two jabs. From a company perspective, those with UK, European and US operations are starting to report an improvement in trading due to vaccination roll out. However, some of those with Asian operations are highlighting the uncertainty from the Indian or ‘delta’ variant and the introduction of further lockdown measures. For example, Taiwan is the latest country to extend its lockdown measures and this is expected to adversely impact semiconductor production.

The World Bank has raised its global economic growth forecast to 5.6% for 2021, marking the strongest recovery from a recession in eighty years. This is being driven by US stimulus and faster growth in China but growth is being held back by the highly unequal access to vaccines.

In the UK, consumer spending rose by 7.6% in May compared with the same month in 2019 according to Barclaycard, making it the highest growth by its survey since the start of the pandemic.  Bank of England Economist, Andy Haldane, offered a strong steer he will again vote in favour of scaling back asset purchases at the next MPC meeting. He again underlined his optimistic take on the UK economy, which he characterised as ‘going gang-busters’. He added that there are already ‘pretty punchy pressures on prices’ which are soon likely to appear in inflation readings.

German industrial production eased slightly in April reflecting a lack of semi-conductors and lack of some materials such as timber. There was a significant change to one part of the European Central Bank’s (ECB) policy statement with the economic growth outlook now described as ‘broadly balanced’. The inflation projection has also been raised but is still expected to remain well below 2% with current upward pressure expected to be transitory.

In the US, headline inflation was higher than expected in May at 5%. Despite this, markets appear to feel this is unlikely to divert the Fed from its existing policy plans.

Chinese exports grew by 18% in May, while imports jumped by almost 40% largely driven by higher commodity prices. China’s factory gate inflation rose by 9% in May – the highest rate in over a decade.

Brent oil held at $73 even though data from China showed crude oil imports dropping to a year’s low in May.

Finally, the global micro-chip shortage is expected to disrupt car production for at least another year according to the world’s third biggest manufacturer, Flex. A rapid re-bound in vehicle sales combined with a boom in consumer electronics demand has left the world’s chip manufacturers overwhelmed. Asian electronics manufacturers have warned that the chip shortage was beginning to impact the TV, smartphone and home appliance markets.