Could we all be Hank Marvin? * 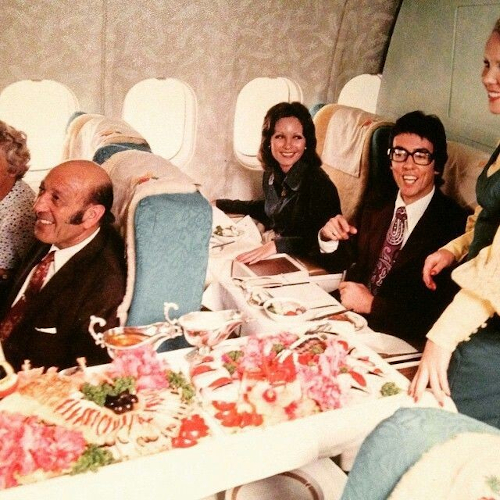 Russia and Ukraine are two of the world’s major wheat exporters and together account for about one-third of global annual wheat sales.

Some soft-commodity prices were already at a ten-year high even before Russia’s invasion of Ukraine because of global harvest issues. Russia’s invasion is likely to have serious consequences for global food security. This is creating a domino effect. India has banned wheat exports due to a scorching heatwave – only a few weeks ago it had predicted a record crop and planned to boost exports! Meanwhile, Indonesia has banned palm oil exports, sending a soaring cooking oil price even higher.

In the UK, we are facing a ‘cost-of-living’ crisis and like in many other countries – food inflation is picking up. Traditionally, when household budgets are tighter, people will tend to eat out less at restaurants and pubs and instead will stay in more often and have a takeaway meal. This time, whether it’s eating out or at home your meal is going to cost you a lot more. The UK has become dependent on Ukraine for sunflower oil and historically up to 40% of cod and haddock has come from Russia. Fertiliser used for potatoes has tripled in price. No wonder some are predicting that as many as a third of UK fish & chip shops could go bust.

Has Boris lost the plot on the cost-of-living crisis? The Food Foundation estimates almost one in seven adults live in homes where people have skipped meals, reduced the amount eaten or gone hungry due to the rising cost of food.  One thing is certain, and that is the era of cheap food in the UK is about to become a thing of the past.

Many developing countries are heavily reliant on wheat and palm oil and rising food costs could lead to major civil unrest. Indeed, the IMF in its latest global economic assessment has warned the world must brace itself for an economic slowdown, a burst in inflation and a wave of social unrest as food prices rise.

The war in Ukraine, Chinese Covid-19 lockdowns and inflation/interest rates continue to dictate the path of markets. Just how things have changed is reflected in the sell-off in US technology giants and the rise in commodity prices. Apple has lost its position as the world’s most valuable company which has been claimed by Saudi Arabian oil producer Aramco. Apple’s shares have fallen by almost 20% this year and the start of the sell-off in technology stocks. The US NASDAQ technology index is down by about 25% but fell by over 13% in April.

Investors are still concerned that central bank interest rate hikes might tip major economies into recession. Bond yields which had been rising on higher inflation data, have started to fall, especially in Europe where with central bankers ‘behind the curve’ on taming inflation, the worry is that rate hikes choke off growth. The war in Ukraine has added to the challenges faced by central bankers, particularly the European Central Bank with the threat of Russia cutting off gas supplies, which would seriously hurt the EU economy.

Avril Haines, the director of US national intelligence painted a stark picture of the war in Ukraine in a   Senate meeting and suggested a bit of a stalemate had developed between Russian and Ukrainian military forces. She warned that President Putin is preparing for a long war in Ukraine, with even victory in the east potentially not ending the conflict. ‘He still intends to achieve goals beyond the Donbas but faces a mis-match between his ambitions and Russia’s current conventional military capabilities.’ Putin is probably counting on US and EU support for Ukraine to weaken as inflation, food shortages and energy prices take their toll on economic growth. US intelligence chiefs have also warned Putin may use tactical nuclear weapons if he feels that Russia will be defeated in Ukraine. Meanwhile, Finland and Sweden have taken a step towards fast-track NATO membership although this could take between 4-12 months and assuming Turkey does not stand in the way.

UK GDP data revealed a small decline in output at the end of the first quarter. Services production fell reflecting lower car sales and repairs. This will add to concern about consumer spending although it is not clear whether the data reflects consumer scaling back on large-ticket purchases or supply chain disruption. Sterling slipped to $1.22 on the data.

US April CPI headline inflation was 8.3%. Encouragingly, this was slightly down from the previous month’s peak of 8.5%, but unfortunately proved ‘stickier’ given the market was expecting 8.1%. Whilst some goods inflation such as used car prices are abating, this appears to be countered by housing costs, where CPI rent is lagging behind asking rent. The latest inflation figures have reignited the market debate about the pace of interest rate hikes by the Federal Reserve with concerns about ‘front-loading’ with increases of 0.75% as opposed to 0.5%. Meanwhile, the US Senate has confirmed Jerome Powell to a second term as Chair of the US Federal Reserve. He has re-iterated his earlier view that suggestions of 0.75% interest rate hikes are off the mark and that the US economy is strong enough to withstand tighter monetary policies.

China is not happy with the WHO which said that the country’s flagship zero-tolerance Covid-19 policy was ‘unsustainable.’ Shanghai has been under draconian lockdown measures while movement in Beijing has been slowly restricted. China’s exports in April slumped to the lowest level in two years reflecting the impact of lockdowns. Not surprisingly, imports also ground to a halt in April. In addition, retail sales fell by over 11% in April while industrial output also dropped. This weak economic data has increased the likelihood of more supportive economic stimulus measures from the Chinese authorities.

Brent oil held at around $110 despite weaker Chinese trade data and lockdown extensions. In Europe, gas prices jumped as the Russian-German war of words on gas payments and supply escalated with Russia cutting supplies.

Finally, the term ‘crypto-crash’ has been trending on Twitter and Google Search. This follows the spectacular 98% overnight fall in the Terra Luna crypto-currency. Ethereum, the second largest coin by value lost 20% in a day last week. The global crypto-currencies are thought to still be worth over $1trillion but this is a third of the value at last November’s peak. The US Treasury Secretary Janet Yellen has asked again for robust regulation of crypto-currencies. Possibly, too late to help those speculators with burnt fingers! American media reports nearly 40% of crypto-currency investors are currently sitting on losses following the recent price fall.