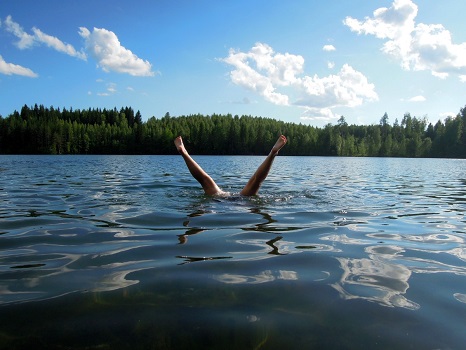 Staycations and hot summer weather in 2021 saw more people visiting rivers -fishing, picnicking, paddling and swimming. Unfortunately, many may not have realised the health risk this carried.

Environmental campaigners have, for some years, been highlighting the issue of sewage spills into many rivers. This prompted the Environment Agency and water industry regulator OFWAT to launch a joint investigation last November. In addition, the House of Commons Environmental Audit Committee has undertaken its own investigation into the water quality in our rivers and recently published its findings. The report makes tough reading for both water companies and regulators.

The Committee was alarmed by the extent of sewage discharge and of mis-reporting and large spills by water companies. Water companies appear to be dumping untreated or partially treated sewage in rivers regularly, often breaching the terms of permits that only allow this in exceptional circumstances. The sewerage system is overloaded and unable to cope with the increasing pressures of housing development, the impact of heavier rainfall and a profusion of plastic and non-biological waste clogging up the system.

The Committee believe OFWAT has focused on security of water supply, leakage and keeping household bills down with insufficient emphasis on facilitating the investment necessary to ensure the sewerage system in England is fit for the 21st Century.  It expects greater financial penalties for pollution incidents which will put the issue on the agenda of water company boardrooms.

Fines are not good news for water industry investors. Pension funds and green investors have been significant investors in the water sector so the report will make disappointing reading for them.  At the end of the day, the water industry is going to have to ramp up investment in the sewerage system. In the past, increased investment has been a long-term positive for water companies that have been able to raise prices above inflation to fund capital investment. However, given the current household cost of living crisis, higher water bills would create a real stink!

Inflation and central bank interest policy continued to overshadow markets. The 10-year US Treasury yield touched 1.85% at one point before closing at 1.75% while in Europe, in a seminal moment, those countries which had negative 10-year bond yields saw them move positive. Even German 10-year bonds, traditionally seen as a safe haven, briefly moved positive before slipping negative again. The ‘Great Rotation’ from growth to value stocks which started towards the end of last year and then halted abruptly, appears to have gained a second wind as interest rate rises look increasingly likely.  In the US, the NASDAQ technology index is now 10% below its November peak.

Geo-political issues also added to uncertainty as Russian forces continued to build along the Ukrainian border. US President Joe Biden said of President Vladimir Putin ‘My guess is he will move in. He has to do something’. The US has ordered families of embassy staff to leave Ukraine. Meanwhile, the UK said it has information that Moscow is looking to install a pro-Russian leader in Kyiv. Elsewhere, in the Gulf there was a drone strike on the United Arab Emirates.

UK labour market conditions continued to tighten in November with record highs in vacancies. This further evidence of labour market strength combined with inflation is likely to place further pressure on the Bank of England (BoE) to increase interest rates. December CPI inflation was higher than expected at 5.4% – a thirty year high and some economic forecasters believe CPI inflation could rise to between 6%-7% in the Spring. For more mature readers the December RPI inflation figure was 7.5%! Following the 0.15% interest rate increase in December by the BoE, a further 0.25% hike to 0.5% in February looks a virtual certainty.  Sterling hit a two-year high against the Euro.

Energy prices remained the main the key contributor to a Eurozone headline inflation rate of 5% for December. The European Central Bank’s projection that the core inflation rate will return to below the 2% target by the end of 2022 are looking increasingly like wishful thinking!

The Bank of Japan (BoJ) maintained its extremely loose monetary policy stance even though it nudged up its CPI inflation forecast for the current financial year to 1.1%. The BoJ also suggested that the post-Covid-19 recovery is becoming clearer and is forecasting economic growth of 3.8% in 2023, boosted by government fiscal stimulus.

China announced a further reduction in lending costs to help support its slowing economy. The People’s Bank of China lowered the one-year loan prime rate to 3.7%.

Brent oil edged up to $88, another seven-year high, as a new outbreak of hostilities between Yemen and the United Arab Emirates threatened supply disruption. OPEC + said that the rally in oil prices may extend further in the next few months due to recovering demand and limited additional production capacity and is projecting prices might break through $100.

Finally, China is facing a ‘demographic time bomb’ as its birth rate has fallen to the lowest level since 1949. China’s working-age population is already starting to shrink given lower birth rates but also due to an ageing population. In 2012, China scrapped its controversial one-child policy. However, new marriage licences have hit a 13-year low. This is ramping up pressure on the Chinese authorities  to find ways to stave off a demographic crisis.

Read Last Week’s Alpha Bites – What Can You ‘C’?