What Can You C? 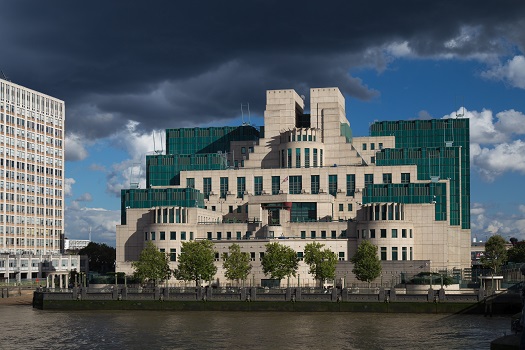 Richard Moore, Chief of the UK Secret Intelligence Service (MI6) in his first speech since taking up the role of ‘C’, warned that another ‘C’ – China is the ‘single greatest priority’.

Specifically, he warned that China’s intelligence services are conducting large scale espionage operations against the UK and its allies. This includes targeting those working in government, industries or on research of particular interest to the Chinese state. This risk was further highlighted last week by the warning from MI5 which accused a Labour donor of being a suspected Chinese agent targeting MPs.

He warned that China is using social media platforms to facilitate their operations and to attempt to distort public discourse and political decision making across the globe. In addition, China has supplied surveillance technology and tools to restrict internet access to other authoritarian states such as Tanzania and Zambia which it is able to use to further enhance its own artificial intelligence programmes.

In previous Alpha-Bites we have highlighted China’s ‘debt bomb’ and ‘debt trap’ strategy in countries like Sri Lanka where it acquired a port facility close to its rival in the region, India. Mr Moore highlighted that this strategy is ongoing with the latest example being a Chinese bank allegedly taking over Uganda’s international airport and other state assets in lieu of debts owed to Beijing.

He also touched on Taiwan where there is a real risk in the longer-term that China will take military action to re-occupy the country. Beijing believes its own propaganda about Western frailties and underestimates Washington’s resolve. The risk of Chinese mis-calculation through over-confidence is real’.

A challenge for global investors given China is the world’s second largest economy and a key part of global supply chains. In the wake of Covid-19, more European and American companies may seek to re-onshore more of their key components but China will remain important for many businesses both as supplier and customer.

What looks like the end of the QE ‘free money’ era continues to course through markets driven by inflation data and comments from the US Federal Reserve (Fed) which has driven up bond yields and discount rates. US December CPI inflation hit a forty-year high of 7% although this had been expected with some investors expecting up to four possible interest hikes in the US in 2022. The futures market is suggesting a 90% chance of a first rate in March.

In the UK, the 5-year gilt yield has moved above 1% for the first time since early 2019. To put that in context, the yield bottomed at just over 0.5% following the Autumn ‘unreliable boyfriend’ incident -or interest rate guidance from Bank of England (BoE) Governor Andrew Bailey. The chances of a 0.25% interest rate increase in March are now 80% according to the futures market. Sterling hit its highest level against the US Dollar since early November and is currently about $1.37.

Compared with the Fed and BoE, the European Central Bank (ECB) appears less concerned by inflationary pressures. ECB Chief Economist Philip Lane said that ‘the data we have make it highly unlikely that the criteria for raising interest rates will be met this year’. Since the first interest rate hike by the BoE in December, Sterling has moved up strongly against the Euro and is now £1/€1.20.

The People’s Bank of China (PBoC) stands apart from all the other leading central banks as it looks to pump liquidity into the system to counter the fall -out from the Chinese property development sector. To help boost the economy the PBoC has cut the interest rate on its one-year medium-term lending facility loans and its seven-day reverse repurchase rate. This followed the latest economic growth data which showed that the growth in China’s GDP slowed to 4% in the fourth quarter, from 4.9% in the third quarter.

There was some encouraging news regarding Omicron. The CEO of Pfizer, Albert Bourla said that a vaccine for the highly transmissible Omicron variant will be ready in March and that production was already underway. Cases in the UK have started to fall in a similar pattern seen to that in South Africa. Elsewhere, the WHO warned that half of Europeans will have caught Omicron within the next six to eight weeks. China appears to have a real problem with Omicron and its ‘zero-tolerance’ Covid-19 policy is unlikely to work against this variant while there are question marks whether their vaccine provides full protection too. More cities are being locked down as soon as a handful of new cases are detected. Cases have been detected in Beijing and Shanghai. China is trying to protect the Winter Olympics and given the Chinese New Year falling on 1st February there may well be further disruption to global supply chains with ramifications for inflation. Congestion at Chinese ports is growing as container ships looking to avoid Covid-19 induced testing delays are heading to Shanghai -the world’s largest container port. Shipping firms are switching to avoid delays at Ningbo which suspended some trucking services near the port after an outbreak of Covid-19.

In the UK, PM Boris Johnson remains under enormous pressure. A key couple of weeks ahead for the PM and the Conservative Party (or should that be the Conservative Work Event?).  Meanwhile, despite political turmoil, Omicron and a cost -of- living crisis, consumers spent money in the run up to Christmas. Sales grew by 4.6% compared to December 2019 with clothes and jewellery the strongest sectors. Barclaycard reported a 12% increase in credit card spending driven by sales at supermarkets and petrol stations. UK economic growth bounced back more strongly than expected in November with growth of 0.9% and taking the economy back to its pre-pandemic level. However, December will obviously be impacted by Omicron restrictions on the hospitality sector.

Brent oil moved up to $86 supported by tight supply and hope that the spread of the Omicron variant will not derail global economic recovery and oil demand. Meanwhile, the head of the International Energy Agency (IEA) blamed Russia for Europe’s natural gas crisis. ‘We believe there are strong elements of tightness in the European gas market due to Russia’s behaviour.’

Finally, one of the beneficiaries from an all-in risk world and central bank QE excess liquidity has been Bitcoin. However, the price has fallen since the latest interest rate guidance from the US Federal Reserve. In addition, political turmoil in Kazakhstan has added to uncertainty as the country accounts for 20% of the world’s Bitcoin mining. ‘A rising tide lifts all boats’ but as Warren Buffet once said ‘only when the tide goes out can you see who has been swimming naked’!