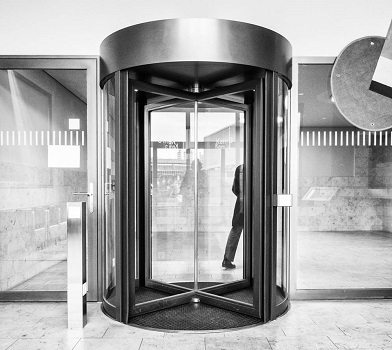 After a dramatic week of Cummings and goings at No. 10, Boris now has a chance to reflect as he self isolates due to Covid-19.

Boris Johnson has had a busy time of it – fire-fighting Covid-19, preparing a policy re-launch, negotiating Brexit and considering his relationship with the US president elect. With so many plates spinning, it appears that other issues are being pushed to one side that could affect the long-term economic health of the UK. Amongst these is the plan to decarbonise the UK’s electricity supply.

A detailed White Paper on the future of UK energy policy was expected in November, but now seems to have ‘delayed’. This was due to be part of new 10-point plan for the UK to hit net carbon emissions by 2050.  The government is already considering bringing forward a ban on new petrol and diesel engines from 2040 to 2035 or earlier and also includes the goal to replace 25 million gas boilers in UK homes with electricity powered heat pumps. The plan is also expected to include new investment in technology to capture carbon at the point fossil fuels are burnt, research into how hydrogen can replace fossil fuels and a significant expansion of offshore wind.

This month we also expected to see a trilateral meeting between Number 10, Number 11 and the Business Department to discuss the UK’s future energy strategy. To de-carbonise the UK’s electricity supply will also require investment in nuclear power generation. However, of six sites originally identified a decade ago, three have seen contractors pull out and only one is under construction at Hinkley Point in Somerset. Sizewell in Suffolk is now the only realistic project that the government can push ahead with if it is to start construction within this parliament. A massive construction project will create jobs at a difficult time but will no doubt raise ecological concerns. Meanwhile, a group led by Rolls Royce has pledged to create 6,000 jobs over the next five years under plans to build up to 16 mini-nuclear power stations.

Boris has a lot on his plate right now. However, the decisions he takes now about the UK’s future energy plans will have long lasting implications for the competitiveness of UK businesses in the long-term well beyond the current headwinds of Covid-19.

Where are we with our green agenda and the UK’s growing electricity generation crisis?

Pfizer’s positive Covid-19 vaccine announcement saw risk assets bounce but at the same time some of the most extreme sector rotation on record with a shift from growth to value. The 10-year US Treasury yield also jumped to almost 1% as the vaccine breakthrough lifted optimism for a stable US economic recovery. Investors have welcomed the vaccine lifeline as the number of Covid-19 new infections continue to grow across Europe and the US raising concerns about lockdown extensions.

As we write, Moderna has announced that its trial Covid-19 vaccine, tested on 30,000 people is nearly 95% effective.

Last week, Pfizer announced that the Covid-19 vaccine being developed by it with BioNtech had prevented more than 90% of infections in a study of tens of thousands of volunteers. Pfizer’s senior vice president said the result ‘was better than even the best result he had hoped for’ while BioNEech’s Chief Executive said ‘more than 90% is extraordinary’. While there are still plenty of hurdles to be crossed, the Pfizer announcement is indeed very welcome news for risk assets. More data is to be released by Pfizer imminently. In total, there are now 11 vaccines in phase 3 clinical trials underway with the latest being by Belgian company Janssen. Meanwhile, further proof emerged that the Covid-19 virus has been amongst us well before officially acknowledged. Italy’s first officially recognised Covid-19 patient was identified on 21st February. However, healthy volunteers in a lung cancer clinical screening trial were shown to have developed Covid-19 anti-bodies between September 2019 and March 2020.

Russia claimed its Sputnik V vaccine is 92% effective while China also commenced a vaccination programme even though Sinovac’s vaccine is not yet approved. Brazil halted a trial of the Chinese vaccine after a volunteer committed suicide. The US FDA has also approved emergency use authorisation for Eli Lilly’s experimental Covid-19 antibody treatment that can now be used in mild-to-moderate non-hospitalised adults. This news has come as American new daily Covid-19 cases topped 100,00 for seven straight days. New York has introduced new restrictions aimed at curbing the spread of the virus while the mayor of America’s third largest city Chicago issued an advisory stay at home order. While the Pfizer vaccine is a game changer clearly there is a risk in the very near-term of more lockdowns in the US. Will Joe Biden impose fresh social distancing rules when he takes office?

The EU is moving forward with a plan to impose tariffs on $4bn of US goods in the ongoing Boeing-Airbus subsidy row. Meanwhile, the UK government will introduce legislation to tighten restrictions that could threaten national security, following similar measures in the US and Australia amid concerns about Chinese investment. Meanwhile, the US warned of further sanctions against China which it said had ‘flagrantly violated’ Hong Kong’s autonomy after the ousting of four pre-democracy lawmakers. Finally, the International Atomic Energy Agency (IEA) has said that Iran now holds more than 12 times the amount of enriched uranium than permitted under the 2015 nuclear deal. Joe Biden is going to be a very busy man, that is once Donald Trump acknowledges that Joe Biden is the new US President!

In the UK. the government suffered a heavy defeat in the House of Lords over its controversial Internal Markets Bill. The government intends to re-table the clauses when the bill returns to the Commons but MPs are unlikely to discuss the legislation until December. In the meantime, Brexit talks continue but time is running out with EU negotiators now expecting to brief member states on progress on 18th November. The Irish foreign minister said that both sides had entered ‘move week’ in which the big issues had to be resolved in principle this week. Sterling held at $1.32.

The UK economy bounced back from recession with record growth of 15.5% between July and September. However, growth in September was the weakest seen in the period and economists expect the UK economy to shrink in the final quarter of 2020 as the second lockdown takes effect. Meanwhile, Chancellor Rishi Sunak is exploring ways to fill the hole in the public finances and a review has suggested that one option may be to bring capital gains tax rates in line with income tax rates which could raise an estimated £14bn.

The President of the European Central Bank (ECB) Christine Lagarde delivered another very strong hint that plenty more stimulus will be delivered at the next month’s policy meeting.

Japan’s economy rebounded by 21.4% in the third quarter, slightly ahead of market expectations.

China’s economic recovery appears firmly on track with industrial activity growing by 6.9% in October while fixed asset investment was slightly higher. Retail sales missed expectations but were still up by 4.3% helped by strong new car sales.

Commodities responded positively to the Pfizer vaccine news and Brent oil moved up towards $43. However, Iran has been producing more oil but could face sanctions given the IEA news on enriched uranium!

Finally, it’s not just Donald Trump unhappy with the outcome of the US election. Four years ago, Russian President Vladimir Putin was among the first to congratulate Donald Trump on his election victory. However, there has been no tweet or telephone call for Joe Biden from President Putin!