Debt by Another Name 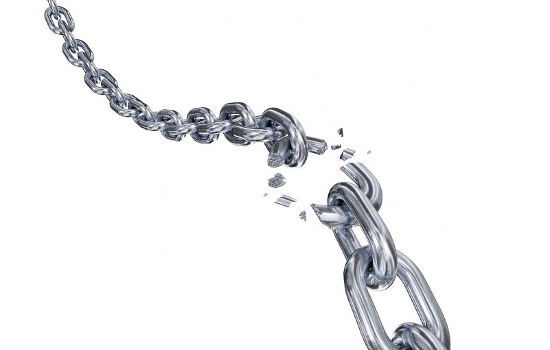 Despite apparent close government oversight, the sudden collapse of Carillion last year was a surprise to them and sent shockwaves through the UK construction sector. This has led to calls for a review of the government’s policy on outsourcing of public services to the private sector.  Unsurprisingly, Jeremy Corbyn reiterated that a Labour government would look to take many of these contracts back into public ownership.

So, what went wrong?

Credit agency Fitch believes that a key contributor to the sudden collapse of Carillion was ‘reverse factoring’. It believes that through ‘reverse factoring’ or supply chain financing, that Carillion had hidden some £400m-£500m of additional borrowing. According to Fitch, over a four-year period, ‘other payables’ had nearly trebled to £761m.  But this was financial debt owed to banks – not trade accounts payable.

‘Reverse factoring’ describes a working capital management technique with which a company extracts financial benefits from its supply chain. Supply chain finance has been promoted by banks and specialist financial organisations no doubt in return for a nice fee. Under ‘reverse factoring’, the bank pays the supplier more quickly, possibly after 15 days rather than 60 days.

Is this a one off?

Carillion was no exception. Disclosure rules are “complex”. “We believe the magnitude of this unreported debt-like financing could be considerable in individual cases and may have negative credit implications,” Fitch says.

What have we learnt?

President Trump went on the warpath again this time focusing on Turkey which led to increased risk aversion and a flight to safety by currency markets with the US Dollar strengthening. Friday saw an  emerging markets currency crisis developing in Turkey. This had a knock-on effect across Europe, as many European banks have strong ties to Turkey. Italy’s Unicredit owns 41% of Turkish bank Yapi Kredi, France’s BNP Paribas owns 73% of Istanbul-based TEB while Spain’s BBVA owns 50% of Garanti Bank.

President Trump claimed the US is winning the trade war with China given the fall in the Chinese stock market. Markets still appear to be assuming that Trump’s comments are all rhetoric aimed at provoking or challenging the other party into coming to the negotiating table and agreeing a deal.

In the meantime, the US/China trade war ‘tit-for-tat’ continues to gradually escalate. America is to apply a 25% tariff on a further $16bn of Chinese goods from August 23rd, taking the total to $50bn. A further $200bn of Chinese goods are likely to be targeted in early September. China has responded by imposing tariffs on $16bn of US goods from August 23rd. However, this includes large passenger cars thus hitting US and German car manufacturers who build their cars in the US.

Might China respond at some stage by no longer buying US government bonds? Far-fetched? Not necessarily if you consider how things have escalated in the ‘spat’ between Canada and Saudi Arabia following Canada’s recent criticism of Riyadh’s treatment of women’s rights activists. The Canadian Dollar has weakened on news that Saudi Arabia is not only putting all trade and investment in Canada on hold but, is selling Canadian assets ‘no matter what the cost’.

Trump also imposed fresh sanctions on Iran and warned that ‘anyone doing business with Iran will NOT be doing business with the United States’. A difficult, if not impossible, choice for any European companies that have been doing or looking to do business there. For example, German carmaker Daimler said it is halting its limited business activities in Iran. The US said it will also impose fresh sanctions on Russia following the Novichok attack in Salisbury.

President Trump’s latest broadside against Turkey comes amidst conflicts over defence policy and the detention of American pastor Andrew Brunson.  Members of Trump’s administration have objected to Turkey’s potential use of a Russian air defence system. Trump authorised a doubling of tariffs on steel and aluminium as Turkey’s currency fell against the US Dollar. He tweeted ‘Our relations with Turkey are not good at this time’. The Turkish lira plummeted.

While there was no fresh Brexit news, ‘no deal’ uncertainty continued to be reflected in Sterling which hit a 10-month low against the Euro and dropped under $1.28. PM Theresa May has written to Conservative grassroots seeking support for her Chequers plan, but a snap survey of party members in July found over 60% thought it would be a bad deal for the UK.

In the UK, retail sales slowed in July. While food sales had their best July for five years, sweltering temperatures appear to have put shoppers off browsing in shops.

Chinese inflation remains subdued with headline CPI a little ahead of expectation due to higher food prices but, the core rate was unchanged, providing the People’s Bank of China with some leeway to stimulate growth should it be necessary if US tariffs start to bite.

Brent oil initially moved higher as President Trump re-imposed the first batch of sanctions against Iran before drifting to $72, on US and China trade tensions.

Finally, is anyone safe from President Trump? He has either imposed trade tariffs or sanctions on Canada, Mexico, the EU, China, Iran, North Korea and Turkey amongst others. Did they perhaps forget to send him a birthday card? For the record, its June 14th -so don’t forget next year. The list of US allies appears to be shrinking fast while the number of economic and political enemies is growing.