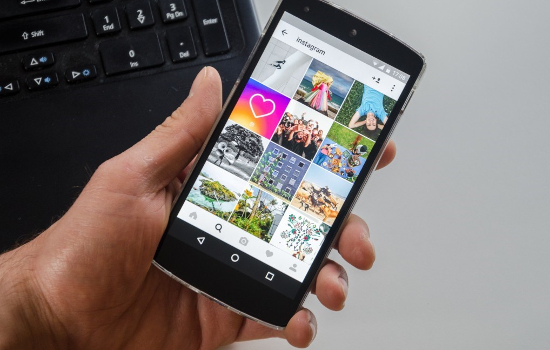 Twice as many youngsters are believed to have applied to appear in ITV2 reality show Love Island as applied to attend Oxford and Cambridge Universities. A sad reflection on our country or the new reality of easy money to be made from social media?

The winners Dani Dyer and Jack Fincham, besides picking up the winner’s prize of £50,000, could potentially make millions from social media endorsements and appearances. Even the runners-up and those contestants who spent very little time in the Love Island villa stand to make six-figure sums as well. Not bad considering one of them thought Brexit was about cutting down trees while another believed a carpenter was someone who fitted carpets! The reality show’s fourth season has been a huge hit for ITV- not only in ratings terms but commercially as well.

This highlights just how much money well-known celebrities or ‘influencers’ can earn from promoting brands on social media. Top ‘influencer’ is Kylie Jenner of the Kardashians with 111 million followers who can command up to $1m a post.  It is estimated that her make-up brand which she promotes on Instagram could be worth $1bn in a few years. Amongst UK stars, David Beckham is top ‘influencer’ with 49 million followers and can command $300,000 per post. He is ranked number 12 in the world and recent posts show him promoting Tudor Watches and Adidas.

Marketing companies are moving away from traditional advertising mediums like television and print as they believe they can get a bigger return on their investment. However, celebrity influencers must make clear an Instagram post is an advert if they have been paid to publish it, or have received gifts in return. In the UK, the Advertising Authority is currently undertaking a review as it has found influencers are still ‘blurring the lines’ between editorial and advertising content.

US Treasury yields moving back above 3%, President Trump proposing 25% tariffs on Chinese goods, increased talk of a ‘no deal Brexit’ and the widely expected interest rate hike from the Bank of England (BoE), all combined to produce a more challenging week for investors. However, the US market was boosted by Apple, which became the first quoted company to see its market valuation climb over $1trillion. In addition, the US Q2 earnings season has also been supportive with 80% of companies that have reported so far exceeding market expectations.

US media reported that the US and China were working on sitting down to talk through the trade issues, but then President Trump started talking about increasing the level of potential tariffs on $200bn of Chinese goods from 10% to 25% in September. All part of his negotiating technique?  China’s commerce ministry responded by proposing retaliatory tariffs on $60bn of US goods should the US impose tariffs. China’s state-owned media warned that Beijing is ready for a ‘protracted trade war’ with the US and is prepared to sacrifice short-term economic interest as part of this.

Meanwhile, Trade Ministers from the EU, Canada, Mexico, Japan and South Korea have agreed to respond if Trump slaps new tariffs on cars or auto parts. Options discussed include an appeal to the World Trade Organisation and retaliatory measures.  White House economic adviser Larry Kudlow warned that China ‘better not under estimate the President’ but, did suggest he expects announcements within the next 30 days on trade efforts with the EU.

Turning to Brexit, PM Theresa May cut short her holiday to meet French President Emmanuel Macron who is seen as a major obstacle to her current proposals. Sterling dropped below $1.30 after Bank of England Governor Mark Carney said ‘I think the possibility of a no deal is uncomfortably high’ but, he did add the caveat that it was ‘a relatively unlikely possibility but it is still a possibility’.  He also said that there were signs that business investment in the UK is softening and that Brexit policy will have an impact on BoE monetary policy. Over the weekend, International Trade Secretary Liam Fox said the chance of failing to come to a Brexit agreement was ’60-40’, blaming the ‘intransigence’ of the European Commission.

In the UK, the BoE voted unanimously 9-0 for a 0.25% increase in interest rates to 0.75% but, the message remains that future increases will be gradual and limited so the next increase could easily be 12-months away. The BoE increased its growth outlook in 2019 and projected average annual growth over the forecast period ahead of 1.5% with inflation expected to fall to 2%. The manufacturing purchasing managers survey revealed output growth at an 18-month low in July and business confidence at a 21-month low.  Companies also highlighted a strong rise in input costs which has led to the steepest rise in selling prices since February. However, construction activity expanded at its fastest rate for 14 months in July.

The Eurozone economy faces weaker external demand and trade uncertainties. Q2 economic growth came in below expectations at +0.3%, with the annualised rate at 2.1%. July’s ‘flash’ estimate of inflation saw the headline rate increase to 2.1% due to higher energy prices.

In the USA, consumer spending was solid in June with restaurants and accommodation notably strong. There were no policy signals from the Federal Reserve but re-affirmed guidance of ‘gradual’ interest rate hikes. Futures contracts are currently pricing in a 90% probability of a 0.25% US interest rate in September while there appears a reasonable chance of a further hike in December.

The Bank of Japan maintained its stimulative monetary policy stance, while pledging to introduce more flexibility into its bond-buying scheme.

India’s central bank raised interest rates by 0.25% for the second meeting in a row to 6.5%.

Concerns about global trade tariffs continued to overshadow Brent oil which hovered around $73.

Finally, our future post Brexit global trade deal safe in their hands? New Foreign Secretary Jeremy Hunt mistakenly referred to his wife as Japanese during a visit to discuss post-Brexit trade deals between the UK and China. His wife is actually Chinese!