Digging a Hole for Ourselves 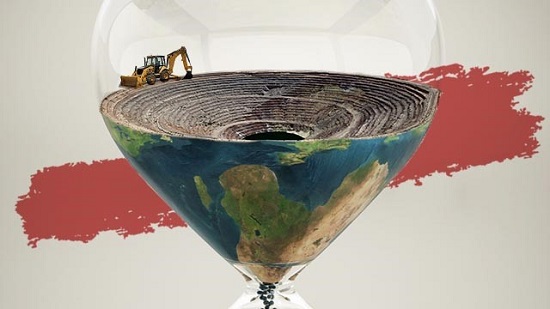 The International Energy Agency (IEA) recently published its latest World Energy Outlook and outlined their hopes for decarbonising power generation. One of the odd messages is that we need to build more mines or the greener energy transition will slowdown.

The world will need greater amounts of key natural resources such as lithium, cobalt, nickel, graphite and copper. Under a scenario where the world aims to reach a net-zero carbon dioxide emissions target by 2050, lithium demand would rise by more than 100 times existing levels! Furthermore, the expansion of electricity networks to charge electric vehicles would double the demand for copper.

The IEA estimates that the cumulative market opportunity for manufacturers of wind turbines, solar panels, lithium-ion batteries, electrolysers and fuel cells could amount to $27trillion. By 2050, these five sectors alone would be bigger than today’s global oil industry and its associated revenues.

The challenges for developing greener energy are reflected in President Joe Biden’s recently announced plan to have 30GW of offshore wind capacity installed by 2030. According to research, US offshore wind power generation could fall well short of expectations. This is due to a combination of a slow and complex permitting process, under-developed supply chain and lack of Jones Act-compliant installation vessels.

Currently, the supply of some key commodities is constrained following years of capital discipline by the global miners who have focused on reducing debt and returns of capital to shareholders. These days, the globally diversified miners also have their own ESG to achieve. For example, Rio Tinto is looking to achieve a 15% reduction in its carbon emissions by 2025.

It is ironic that to achieve a greener future that we may have to dig up even more of the planet!

The bond market action shifted to Europe following the European Central Bank (ECB) meeting. The policy tone has clearly shifted but the ECB remains behind both the Fed and Bank of England in tapering discussions.

Continued positive earnings updates helped propel the US market to an all-time high despite growing expectation that the Federal Reserve (Fed) is getting closer to start tapering its stimulus programme. However, it seems even vastly huge businesses such as Apple and Amazon are not immune from the problems that every business is facing. Apple said it has experienced larger than expected supply constraints and the global chip shortage was now affecting most of its products. Amazon said it expected to incur several billion dollars of additional costs as it managed its way through labour supply shortages, increased wage cost, global supply chain issues and increased freight and shipping costs.

There was limited equity market impact from the UK Budget, although the greater than expected level of fiscal stimulus delivered by Chancellor Rishi Sunak may make the Bank of England less reluctant to withdraw monetary policy support. Interest rate futures slipped back implying a 60% chance of a rate hike. The Chancellor will no doubt keep a close eye on Gilt yields, given the sensitivity of the OBR’s borrowing projections to the cost of debt servicing. Gilts rallied as the faster -than-expected economic recovery will lead to a £60bn reduction in planned government debt sales, a much larger cut than the market expected.

The OBR upgraded the UK economic growth outlook for this year from 4% to 6% while trimming next year from 7.3% to 6%. Inflation is expected to average 4% but may peak at about 5%. The outlook for the labour market is also more positive while the effect of Covid-19 ‘scarring’ on the economy has been reduced. The Chancellor took advantage of the OBR economic growth outlook to cut government borrowing projections by £35bn for the next three years, with a net fiscal stimulus of £20bn per annum for 2022/23 and 2023/24. Public spending will hit 41.6%, its highest sustained level since the late 1970’s. However, the overall tax burden will rise to 36.2% of GDP by the end of the forecast period, the highest level since the early 1950’s.

In summary, the Chancellor played to PM Boris Johnson’s message of levelling up the nation through capital expenditure in infrastructure but also introduced new fiscal rules to help guide the public finances towards longer-term sustainability post pandemic. The strategy is obviously to generate some headroom to enable a reduction in taxes ahead of a general election in 2024, if not before.

In Europe, German business confidence dropped to a six-month low on supply chain issues, although the manufacturing PMI picked up slightly in October. The EU manufacturing PMI was broadly flat in October. Covid-19 cases in Germany have also seen the biggest jump in over two weeks creating uncertainties about restrictions this Winter. The October ECB meeting was the expected holding exercise, with no changes in policy stance. A decision on whether to end its emergency stimulus measures will follow in December. Not for the first time, ECB President Christine Lagarde appeared to fumble some of the communication at the subsequent press briefing. She expressed a personal view that the PEPP (Pandemic Emergency Purchase Programme) will end in March 2022. While also suggesting that the conditions for a lift off in interest rates are unlikely to be met in the near future. However, inflationary pressures are building for the ECB. For example, Spain saw inflation reach 5.5% in September, the highest level for thirty years.

US consumer confidence is on the up with the proportion of consumers planning to purchase homes, cars and major appliances all increasing in October suggesting consumer spending will continue to support economic growth. However, the manufacturing PMI activity indicator hit a seven-month low due to supply chain bottlenecks and labour shortages. US third economic growth slowed to 2% in the third quarter, down from 6.7% in the second quarter. This reflected supply chain disruption on new car sales, the spread of the Delta variant and Hurricane Ida.

Petrol stations in many parts of China are reported to have been rationing diesel amid rising costs and falling supplies. The current diesel shortages appear to be affecting long distance transportation businesses which could include goods for markets outside China. Sounds like further global supply chain challenges!  To add to the challenge China’s zero tolerance Covid-19 strategy saw Lanzhou, a city of 4million, locked down after 6 cases were reported. Meanwhile, the Chinese authorities are ‘encouraging’ Hui Ka-yan, the founder of Evergrande to pay down debt with his own monies! Another Chinese property developer, Modern Land defaulted on a bond payment and the People’s Bank of China continued to inject liquidity into financial markets. Power shortages led to weaker manufacturing activity in October with the PMI indicator dropping to 49.2 -the second straight month that the sector has dipped below 50 – the level that separates growth from contraction.

Brent oil edged back to $83 but remains supported by a global supply shortage and strong demand in the US, the world’s biggest consumer. OPEC+ is currently raising production by 400,000 barrels but has pushed back against calls to boost output faster. However, US oil stocks rose faster than expected last week while Iran flagged it was resuming talks with Western powers which could lead to an end to sanctions. Natural gas price futures dropped as President Vladimir Putin instructed Gazprom to ship more gas westward but subsequently re-bounded over uncertainty about actual delivery.

Finally, just to highlight the challenges of developing new copper mining assets.  A US appeals court has questioned its ability to override a Congressional ruling that gave Rio Tinto access to the region containing its Resolution copper mine. Rio has spent $1bn on the mine so far but it is yet to reach production. The Apache Tribe considers the site to be home to deities and is looking to overrule the resolution. As we said, a greener world will need more copper but getting more of it out of the ground is far from straight-forward!