Don’t Bank On It 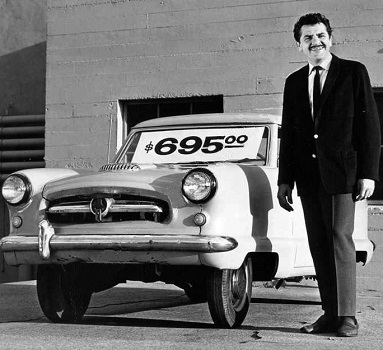 Motor manufacturers are providing car finance deals to consumers and in doing so, are effectively becoming banks.

Europe’s largest carmakers have more than doubled the amount of lending on their Balance Sheets since the financial crisis with the growing use of credit in car sales. Volkswagen, BMW, Daimler and Renault are estimated to have €400bn of exposure to loans and leases to support car sales by providing attractive lending options to customers. The finance arms of the car manufacturers, many of which have banking licences, fund their lending through deposits and corporate bond issuance as well as complex securitisation, where loans are packaged up and sold to investors. Remind anyone of an earlier credit bubble?

Bank regulators are concerned about levels of unsecured consumer borrowing, particularly in the car market. In the UK, personal contract purchases (PCPs) a form of Hire Purchase which account for 82% of all new car registrations, have overtaken car loans and hire purchase as the most popular method of acquiring a car. With residual, there are mounting worries that carmakers and car financing firms could be hit with big losses because PCPs have been incorrectly valued. Furthermore, the FCA is looking into motor finance to assess if the consumer is at risk of harm.

The value of some second-hand diesels has fallen by up to a quarter this year. Motor financing – a car crash in the making?

Brexit talks and the Conservative Party conference, the highlight of which had to be Theresa May suffering from an unfortunate coughing fit and being interrupted by a comedian, who handed her a P45 saying ‘Boris asked me to give you this’ before being ejected from the hall. Theresa May is now just 5/6 to hand over the Conservative Party leadership baton before the next general election following her keynote speech.

MEPs have voted to urge the EU not to open the next phase of Brexit talks unless there is a ‘major breakthrough’. While not binding it does represent a chance to take the political temperature in the European Parliament. Meanwhile, cabinet tensions over Brexit have resurfaced at the Conservative Party conference after senior ministers said a transition period could last until the end of 2021, exceeding Boris Johnson’s ‘red line’ by nine months. David Davis’ assertion that ‘no deal’ is still an option if the Brexit negotiations fail to match the UK’s expectations along with weak construction activity data saw Sterling soften.

In the UK, construction sector activity unexpectedly contracted in September due to a shortfall of new work to replace completed projects. However, there was good news for housebuilders from the Conservative Party conference that they are to extend the ‘Help to Buy’ scheme by £10bn. Theresa May also announced a £2bn increase in affordable housing taking the budget to £9bn. She also revived plans to introduce an energy cap that will apply to all standard variable rates.

On a more cautious note, the cost of fixed-rate mortgages continues to rise with Barclays and NatWest adding up to a list of, at least, nine other banks and building societies which have raised rates in recent weeks in anticipation to a potential rate-hike by the Bank of England.

In Europe, producer prices increased by more than expected in August reflecting higher energy prices. The Eurozone composite PMI suggested that economic growth expanded to +0.7% in the third quarter. However, despite positive economic news, European equities were unable to shake off the drag from persistent concern over the Catalonian independence issue. Spanish equities suffered the biggest one-day fall since the Brexit vote.

Whilst US employment numbers were a bit of a shock, with a loss of 33,000 jobs, this is hugely distorted by the recent hurricanes in both Texas and Florida. Accompanying data, however, saw the unemployment rate at a 16-year low and earnings beating forecasts. This provides an important signal as it indicates that the recent uptick in inflation could be sustained, and consequently, a continuation towards interest rate normalisation may be warranted.

The Japanese market hit its highest level in more than two-years as a weaker Yen helped Japanese exporters.

Oil hovered around $56 as President Putin said that Russia is open to extending the oil production cut agreement with OPEC through 2018.

Finally, a sign of how tough conditions are in the budget airline sector. Following Ryanair’s well-publicised flight cancellation debacle there has been travel misery for some 850,000 Britons as  Monarch Airlines went into administration last week. This will cost taxpayers £60m. The operation to bring holidaymakers back to the UK is believed to be the biggest rescue since Dunkirk!