Putting the Wind up Nuclear 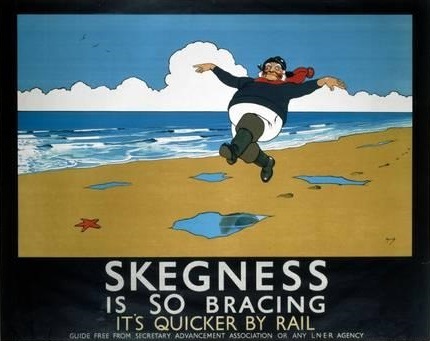 The economic case for renewable energy in the UK has recently been given a boost as an auction to provide electricity from offshore wind farms proved cheaper than nuclear power for the first time.

The price of electricity guaranteed to developers of new offshore wind power farms for 2022-23 has dropped to £57.50 per megawatt hour. The latest strike price for offshore wind, which is guaranteed for 15 years and rises with inflation, is substantially lower than the £92.50 per megawatt hour for the new Hinkley Point C nuclear plant, which is also inflation linked and has been secured for 35 years.

The offshore wind sector is expected to invest £17.5bn in the UK up to 2021. The new offshore wind farms are expected to supply about 2% of UK electricity demand. However, because wind power is intermittent, nuclear energy will still be needed. The head of the Nuclear Industry Association said ‘It doesn’t matter how low the price of offshore wind is. On last year’s figures, it only produced electricity for 36% of the time’.

Realistically it sounds as if the UK’s energy needs should be like an investor’s portfolio -well diversified. A mixture of wind and solar renewables backed up by nuclear and gas sounds logical.

The ‘holy-grail’ for all renewables is the ability to store energy. When battery technology catches up then that will really be a game changer for renewables. Renewable energy storage technology is an area we continue to monitor with interest.

News over the weekend was dominated by the events in Catalonia during the so-called “illegal” referendum for independence. Despite the referendum being disapproved and disregarded by the Spanish government, over two million out of a total of 5 million eligible voters decided to go to the polls. Some disturbing images showing riot police clashing with voters, local police, and firefighters, have raised criticism amongst the international community whilst leaving the fourth largest economy of the Eurozone more divided. Despite the dubious validity of the vote, Catalonia’s regional government have signalled they may declare independence as early as this week. Spanish authorities are expected to dismiss this result and continue to see the Catalan pro-independence movement as a coup and an attack on the constitution.

When you think that geopolitical tensions couldn’t get any worse, North Korea’s foreign minister declared that Trump’s recent comments amount to a ‘declaration of war’ and has threatened to shoot down US warplanes even in international airspace. US equities retraced slightly on the news, however, the main US indices remain near all-time highs.

As the UK continues to push through the Brexit negotiations in hopes to reach the stage where a trade deal is agreed, developments in other parts of the world do not seem promising. The US Department of Commerce proposed a 220% import tariff on the C-Series jet made by Bombardier. The aircraft manufacturer is one of Northern Ireland’s biggest employers with about 4,100 workers across four locations. This ruling is being seen as “absurd” and Theresa May stated she’s “bitterly disappointed”. Next February, the US International Trade Commission will decide whether to uphold or remove the penalty.

In the UK, retail sales growth unexpectedly hit a two-year high. The squeeze in purchasing power faced by the UK consumer due to declining real wages has not fully materialised as record-high employment continues to provide support and UK consumer debt is still on the rise.

In the US, Janet Yellen added to the Fed’s hawkish stance, stating that the Fed “should be wary of moving too gradually” and that “it would be imprudent to keep monetary policy on hold until inflation is back to 2%” which implies a shift towards taking some sort of action as opposed to waiting.

On Wednesday, the US Administration brought tax reform back into focus and, although many ambitious reforms have been suggested in the past, tax discussions will now become a priority. The three key elements to highlight are: a cut from 35 to 20 percent in corporate tax, a one-time ‘repatriation tax’ and a shift to allow businesses to write off immediately all new depreciable investments. Whether these tax cuts are funded by cuts in spending or an increase in deficit will be an interesting political fight to watch.

As a result of hawkish Fed expectations, along with potential tax reforms, the US dollar had its best week in 2017.

In Europe, Macron shared his vision for a profound transformation of the EU, suggesting that “Europe needs to be an economic and monetary power” with a common EU budget and finance minister, common defence policies, asylum and corporate tax rates. This shift towards centralisation was repeatedly used by the ‘Leave’ campaign prior to the Brexit vote in the UK, and continues to generate criticism among Eurosceptic leaders and nationalists across Europe.

In Japan, Abe’s choice for a snap election may not have the outcome that he first thought. Former party ally and Tokyo’s first female governor, Yuriko Koike, launched on Wednesday the ‘Party of Hope’ in an attempt to promote a blend of risk-taking, ruthlessness and anti-establishment. She already defied Mr Abe’s last summer when she run, and won, for the Tokyo governorship against Abe’s preferred candidate. According to a survey by Mainichi newspaper, 18% of respondents would vote for Hope, whilst 29% would vote for Abe.

The Chinese government is looking to impose a new-energy-vehicle (NEV) production quota from 2019, whereby automakers with annual sales over 30,000 units must obtain 10% of credits from NEVs. This means that global car manufacturers exporting to China will have no choice but to step up their electric car production, or else buy credits or face fines. According to some industry experts, these initiatives are not only because of environmental pollution, but because of China’s oil safety and security, and its ultimate goal to become less dependent on oil imports.

At the beginning of last week, Brent jumped 3.8% as Turkey indicated it may cut off Kurdish oil exports expressing its opposition to the Kurdish independence referendum.

Finally, a sign of the times. The UK’s oldest postcard firm is to close. The family owned company J Salmon started trading in 1880. Sadly, for them, these days holiday makers are more inclined to post pictures on Facebook or Instagram.