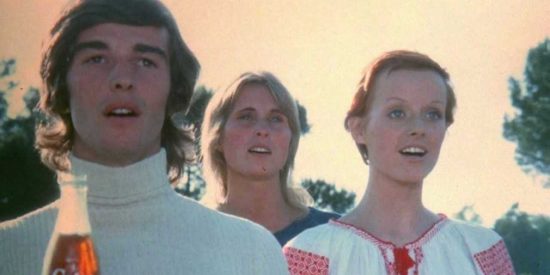 The world remains a dangerous place and besides the ever- present terror threat, there is ongoing military tension with North Korea continuing to launch missiles and ongoing unease between Ukraine and Russia. Sanctions have been imposed on Russia, whose submarine and aircraft patrol activity seems to be as high as that seen during the Cold War. In the Pacific, China is turning into a major naval power to rival the US navy and is already in dispute with a number of neighbouring countries over the Spratly Islands.

Russia has recently undertaken the Zapad-2017 military exercises with Belarus involving 13,000 troops (the threshold for triggering the need for international observers), but western analysts estimate that eight times that number might have been involved.

Sweden, which is not a member of NATO, has been undertaking the three- week long Aurora 17 military exercise with 20,000 troops including 1,000 from the USA.  This is the biggest military exercise it has undertaken in 23 years and is in response to the rising threat from Russia. Aurora 17 assumes an attack on Stockholm and the island of Gotland which one US general calls ‘an unsinkable aircraft carrier’ in the middle of the Baltic Sea.

Defence companies have been under pressure in recent years from government spending cuts, while traditional military equipment big spenders in the Middle East have seen budgets squeezed by lower oil prices. Given recent geo-political developments, defence companies appear to be seeing a pick-up in activity. A wave of consolidation is currently sweeping the US defence industry with the latest deal being Northrop Grumman’s $9.2bn purchase of Orbital ATK which manufactures missile launchers.

Trump at the United Nations (UN) and North Korea’s response, Brexit and central bankers wrestling with the normalisation of monetary policy.

Donald Trump’s debut speech at the UN was full of punchy rhetoric but with little material policy implications. He said he was prepared to ‘totally destroy’ North Korea if it provoked the US or its allies. He also had warnings for other US adversaries particularly Iran, labelling the nuclear deal signed with Barack Obama’s administration ‘an embarrassment’, strongly suggesting he would scrap it. Iran has since undertaken missile tests. Subsequently, President Trump ordered new sanctions on parties undertaking business with North Korea. In reply, North Korea has threatened the ‘highest level of hard-line countermeasures in history’ with the foreign minister suggesting that this could include testing a hydrogen bomb in the Pacific Ocean.

In terms of central bankers, in the UK, Bank of England governor Mark Carney stressed that the pace of interest rate rises would remain gradual and limited. He also drew attention to the potential long-term inflationary implications of Brexit, should it reduce access to a pool of flexible and relatively inexpensive workers from overseas. He also highlighted business uncertainty due to the lengthy process anticipated in renegotiating trade deals. Turning to Europe, media reports suggested that the Euro’s strength is causing a rift among ECB policy makers on the timing and approach to unwinding QE. Some expect no action when ECB officials meet in October with some talk of a delay of the decision until December. In the USA, the Fed signalled that it expects one more rate rise this year and three in 2018 and re-iterated that increases would be gradual. The US economy is expected to continue to expand moderately and inflation should stabilise around 2% over the medium term. Wage growth is healthy but may be impacted in September by the two storms, as may third quarter economic growth. The Fed said it intends to start shrinking its balance sheet from October by $10bn a month initially and then rising every three months until it reaches $50bn.

The Organisation for Economic Cooperation and Development (OECD) left its global growth forecasts unchanged at 3.5% for 2017 and 3.7% for 2018, but increased those for parts of Europe. Germany is expected to continue to lead eurozone growth, but France is expected to grow by 1.7% this year and 1.6% next year, while Italy is set to grow by 1.4% and 1.2% respectively. The OECD warned that global economic growth could prove short-lived, unless governments increased infrastructure spending as the shrinking of the huge portfolio of bond assets acquired by central banks since the financial crisis ‘represent a significant challenge’.

Theresa May presented her hopes for Brexit to the EU in Florence which envisages an implementation period of around two years. She dismissed the Canada and Norway trading models and repeated ‘no deal is still better than a bad deal’. UK negotiators travel to Brussels today aiming to translate her ‘constructive’ speech into a breakthrough in Brexit talks. In the meantime, credit rating agency Moody’s downgraded the UK’s credit rating due to concerns about the UK’s public finances and fears Brexit could damage the country’s economic growth.

UK retail sales grew by 2.4% in August compared with the same time last year, with sales of clothing reported as strong. Retailers may have been helped by more people holidaying at home and tourist spending due to weak Sterling. The stronger than expected retail sales may increase the chances of the BoE increasing interest rates in November. There was some good news for Chancellor Philip Hammond as monthly government borrowing data revealed the smallest August deficit for ten years, due to strong VAT receipts. This could provide him scope for modest fiscal loosening at the next Budget which politically must be a tempting option.

European economic data continues to be positive. French and German business activity has grown strongly in August with the latter seeing the fastest rate of growth in over six years. In Germany, there was another election surprise. While Angela Merkel won her fourth-term as chancellor, this was her party’s worst election result since 1949 and her win was marred by the rise of the right wing AfD, the anti-immigration alternative for Germany, which secured 13% of the vote. She now faces a more complex three-way tie-up with the Greens and the Free Democrats.

Japanese exports grew at the fastest rate in four years with cars and electronics especially strong, reflecting recovering global growth. Shinzo Abe is heading towards a snap general election on October 22nd, as the Japanese prime minister moves to exploit a shambolic opposition and secure power beyond the 2020 Olympic Games.

Brent oil remained above $56, as the Iraqi oil minister was reported to say that some OPEC members were considering extending production cuts beyond March and maybe until the end of 2018. However, Iraq itself has the lowest level of compliance with the existing OPEC cuts!

Finally, another sign that its competitive on the UK high street and consumers are seeking value for money. German discounters Aldi and Lidl now account for £1 in every £8 spent in UK supermarkets. ‘Vorsprung durch einkaufswagen?’

*(For the benefit of our younger readers, ‘I’d like to teach the world to sing’ is a pop song that originated as the jingle in the ground breaking 1971 television commercial for Coca-Cola)