End of the Road for PPI 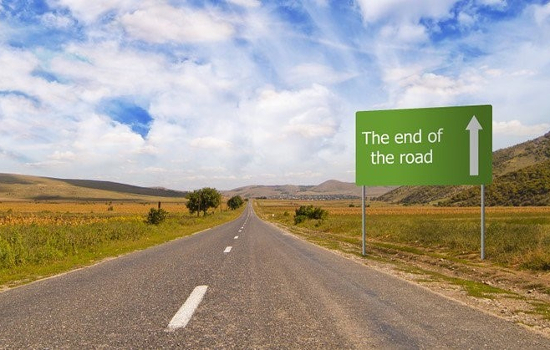 A deadline of 29 August 2019 has been set by the UK’s financial regulator for final PPI-mis-selling claims to be made. As many as 64 million PPI policies were sold by UK banks as long ago as the 1970’s.  They were designed to cover loan repayments if borrowers fell ill or lost their job. Not all were mis-sold, but sales were pushed on a huge scale to people who did not want or need them, or could not use them.

The UK banks have taken massive provisions against profits as a result of PPI mis-selling. For example, in 2018, Lloyds set aside a further £750m for PPI claims and its total provision to date is over £19.5bn. Since 2011 total PPI compensation paid out so far by UK banks and financial institutions is more than £34bn with the total is expected to reach close to whopping £40bn.

When PPI ends it will be welcome news for the UK banks as it will remove the need for claims provisions which should be supportive for future dividend policies and their shareholders. However, the PPI boost to UK economy notably consumer spending will also come to an end. This cannot be welcome news for the high street already struggling due to Brexit uncertainty and the structural shift to online shopping.

As for the specialist PPI claims firms who have no doubt ‘made hay while the sun shines’, what will they move onto next? Well, judging by recent advertisements it sounds as if they are still going after the UK’s banks but this time for mis-selling financial investment advice.

An escalation in the US and China trade war and rising tensions in the Middle East.

The trade dispute has just got a lot messier and is likely to adversely impact global economic growth if an agreement is not reached. Global markets, have understandably become more nervous and last Monday the S&P 500 index recorded its worst single-day performance since early January. However, markets remain hopeful that the US and China will agree a trade deal of sorts. President Trump has announced he will meet Chinese President Xi Jinping at the G20 meeting on 28th and 29th June, keeping the negotiation channels open. However, President Trump has declared a national emergency to protect US computer networks from ‘foreign adversaries,’ blacklisting Huawei on Friday, which it accuses of aiding Beijing in espionage. Moreover, Reuters reported on Sunday that Google has suspended business with Huawei that requires the transfer of hardware, software and technical services except those publicly available via open source licensing.

In the meantime, President Trump has decided to delay imposing a 25% tariff on imported cars from May 18th until November and so postponing a trade war with the EU and Japan.

Theresa May said she will present a new, bold Brexit deal with an improved package of measures next month; however, press reports suggested the deal contains nothing new on customs and retains the Irish backstop. If the PM losses the vote in the first week of June, she will be expected to announce resignation plans immediately and call a leadership election.

In the UK, employment hit the highest level since 1971. More importantly, three-month average wage growth was 3.3% compared to inflation of 1.9%. This should bode well for consumer spending if Brexit and political uncertainty are removed.

The lack of any progress on cross-party Brexit talks, together with European election polls and the likely Conservative leadership change combined to undermine Sterling, which slipped below $1.29.

The German ZEW survey of businesses saw a significant drop in confidence in the outlook for the next six months, probably due to the intensifying trade war between the US and China.

In the US, April retail sales were weaker than expected. Industrial production also declined slightly in April.

Brent oil nudged up to $71 on reports that two Saudi Arabian oil tankers had been subjected to a sabotage attack in the exclusive economic zone of the United Arab Emirates. The US has already deployed additional warships to the region and is blaming Iran for the attacks. There are also reports of drone attacks by Yemen’s Houthis on Saudi Aramco oil pumping stations.

OPEC and its allies gathered in Saudi Arabia to discuss how their output cuts are affecting the market, with consensus among producers seeing no supply shortage given rising global inventories, as such extending production cuts seems the most likely path in the near term. Nonetheless, stressed producers will be responsive to market needs as tensions remain.

Finally, a major US fund manager has estimated that Trump’s tariff war has cost the average American household $419 a year through higher priced goods. Mindful that a recent study by the US Federal Reserve said that much of middle-class America couldn’t handle a $400 surprise expense, this does not sound like good news despite President Trump’s claims to the contrary.