Food of the Future 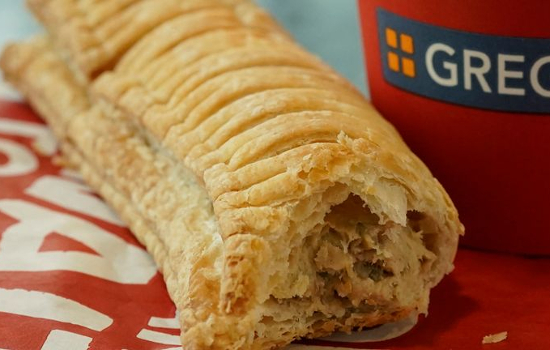 A vegan sausage roll launched by UK bakery Greggs in January caused a flurry of headlines. Veganism is becoming more popular in the UK and supermarket chains are beginning to stock more vegan options, while Burger King has been trialling a new veggie burger made by Impossible Foods.

Silicon Valley based Impossible Foods and Beyond Meat are already both offering plant-based meat alternatives, but there are dozens of firms globally that are experimenting with developing meat products which take the cells of living animals and ‘grow’ meat from them.

The growing global population and rising living standards has led some to suggest we may need to produce between 70% and 100% more meat by 2050. Coupled with the environmental impact of intensive farming, this means that we have to look at alternative ways of producing meat.

Cultured meat culled from the cells of animals has been described by Microsoft founder, Bill Gates as the future of food. He is a backer of Beyond Meat which has just floated on the US stock market and seen its share price rocket upwards in initial trading. A US research broker is forecasting that the addressable market for plant-based meat in America could be worth over $40bn within ten years.

The week ahead will be dominated by the ongoing US and China trade dispute. China has vowed to retaliate to the new US tariffs in equal measure. Can Chinese President Xi Jinping strike a delicate balance between making concessions to the US to reach a trade deal that President Donald Trump can sell to US voters as a success, while not looking so weak that he loses credibility at home? Despite the increase in tariffs, trade talks are expected to continue, although there is nothing planned yet. Besides China, President Trump also has to make a decision on car tariffs with a soft deadline of 18th May and a hard deadline of mid-November.

The uncertainty was possibly reflected in the latest US Treasury stock auction. While bids for the $27bn of notes exceeded the offer by just over two times, this was the lowest level of cover since 2009. While there is no danger that the government of the world’s largest economy cannot fund itself, it does highlight the shift in demand for US Treasuries and could leave them vulnerable to spikes in volatility. Is this possibly another indirect consequence of the US and China trade tariff dispute? China has been a significant buyer of US Treasuries in the past.

The Brexit circus continues. The UK will have to participate in European elections on 23rd May, as it is not going to be possible to finish a Brexit plan in time, with PM Theresa May pushing back the Brexit deadline to 1st August. The Conservatives are already preparing for a strong protest vote over their handling of Brexit, with Nigel Farage’s new Brexit party well ahead in the polls. Meanwhile, reflecting the lack of progress in Brexit talks between the Conservative and Labour parties and increasing likelihood of a Conservative leadership challenge, Sterling edged back to $1.30.

In the UK, economic growth in the first quarter was in line with expectations at 0.5% but stronger than the fourth quarter of 2018 which was 0.2%. This growth was driven by consumer spending and by companies stockpiling goods ahead of what should have been Brexit day.

In China, as we flagged in last week’s Alpha Bites, African swine fever has started to impact Chinese inflation data, with an acceleration in food inflation to 6.1% in April with pork prices up over 14%. Headline inflation was 2.5%. Trade tariff uncertainty and slower global economic growth concerns were reflected in weaker than expected Chinese exports in April.

Brent oil drifted back to $71 on trade war fears, but was supported by news that Iran may increase uranium enrichment following US sanctions against the country. The US has subsequently imposed fresh sanctions against Iran’s industrial metals sector.

Finally, last week marked the 20th anniversary of what some have called the worst investment decision of all time. Chancellor Gordon Brown commenced selling over 400 tons of gold between 1999 and 2002 at an average price of $275 an ounce. The price today is about $1,279, a reminder perhaps that investment is a long-term game.

Read Last Week’s Alpha Bites – A Swine to Deal With