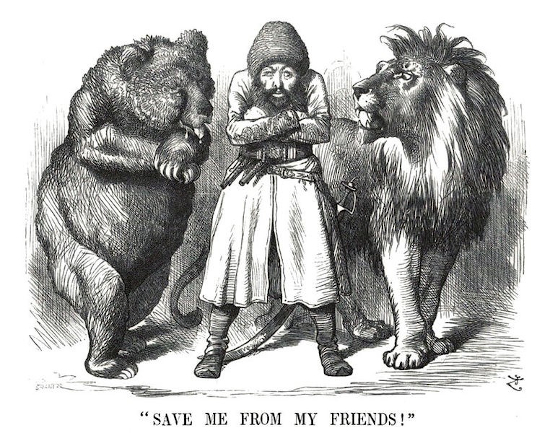 Nearly 20 years on from 9/11 Afghanistan remains an ongoing battleground. It is strategically located on the main land route between Iran, Central Asia, and India. It has become known as ‘the graveyard of empires’ due the number of periods of foreign invasion and withdrawal.

Over the centuries, Alexander the Great, Britain, Russia and now America and its NATO allies have had to withdraw from the country. The last American troops recently left Bagram Airfield in the dead of night without notifying the Afghan military. A resurgent Taliban is reported to be sweeping back into territory it had been pushed out of by coalition forces. However, is the world’s newest super-power, China, waiting patiently in the wings to exploit these developments?

In a previous Alpha Bites ’Noisy Neighbour’ we highlighted China’s Belt & Road Initiative (BRI), a multi-billion infrastructure programme that is intended to link China with more than 100 countries through rail, shipping and infrastructure projects.  China and India are already involved in a long running dispute over the Kashmir border in the Himalayas. At stake is control of the Karakoram Pass, which would give China better access from the province of Xinjiang into Pakistan – India’s bitter rival.

Tensions are still heightened with reports that India has recently sent an additional 50,000 troops to the border.  Afghanistan can be considered a proxy battleground for India and Pakistan, the two nuclear powers.

For China, Afghanistan could provide the next piece of the jigsaw in establishing a direct link to the Middle East. However, rather than military intervention, China is thought to be considering over $60bn of BRI infrastructure investment in Afghanistan.

Again, in an earlier Alpha Bites ‘A bridge too far’ we explained how China uses this infrastructure finance to acquire territory. China has courted the Taliban and has considered offering infrastructure and rebuilding projects to the group. The situation is complicated by China’s treatment of the Uighurs and it is difficult to say what the Taliban makes of this. On the other hand, from China’s perspective, Pakistan saw the Taliban as a natural ally against its enemy, India. With China squaring up to India along the Kashmir border then could the anti-Indian Taliban be a possible ally for China and accept its offer of investment in infrastructure?

President Xi Jinping is playing the long-term game as the ruling Communist Party embarks upon its second hundred years in power. Could China ultimately triumph where Britain, Russia and America failed but without the terrible price in lives?

‘Freedom Day’ -England emerges from lockdown today even though Covid-19 cases have been rising -possibly due to the sheer number of people mixing during the Euro football tournament – a super-spreader event if ever there was one? The UK has been at the front of the pack on mass vaccination and global investors will no doubt be watching how things develop from here. Has Boris got it right or wrong? Only time will tell, but scientists are predicting another spike in UK Covid-19 cases by mid-August. In a ‘you couldn’t make it up if you tried’ episode, new Health Minister Sajid Javid tested positive over the weekend and PM Boris Johnson was forced into another rapid and embarrassing U-turn on self-isolation.

Any joy from Freedom Day has been more than countered by the ‘Ping-demic’ as a result of the NHS Test & Trace app, with more than 0.5million people pinged in a week. This is causing considerable disruption for many UK businesses. By way of example, 10% of Nissan’s Sunderland plant have been sent alerts to self-isolate, adversely impacting production while even some supermarkets and retailers are warning of empty shelves and early closing due to staff shortages. Not surprisingly investors have become more cautious with Sterling slipping back towards $1.37.

Meanwhile, more parts of Asia are tightening lockdown measures due to the spread of the Delta variant and Indonesia recorded a record number of cases. The US stock market remains close to record highs and the key to markets would now appear to be whether the Delta variant gains an increasing foothold in the US. Markets appeared to take higher than expected inflation data surprisingly well with the 10-year US Treasury yield steady at 1.4% – absolute faith in central bank inflation guidance or are investors focusing on the spread of the Delta variant? Asia remains the growth concern and the World Bank trimmed its growth forecast for the region, excluding China, from 4.4% to 4% for 2021.

G20 finance ministers have warned that the spread of Covid-19 variants and the unequal access to vaccines threaten global economic recovery.  In the UK, over 46million adults have had one jab and over 35million a second dose. In India, source of the Delta variant, 376million doses have been given but this translates into 22% of adults having had one jab and only 5% both jabs. Vaccination rates in India have also dropped amid a shortage of supplies. Meanwhile, the UK government is planning a booster jab for the over 50’s this Autumn. Israel is already offering a Pfizer booster jab to adults with weak immune systems. If other countries decide to adopt a booster jab strategy this is likely to put further pressure on vaccine supplies.

In the UK, retail sales for June showed total sales for the second quarter of 2021 were up by over 28% on the same quarter of 2020, while June was up by 17% against pre-pandemic sales in June 2019. Inflation reached the highest level in three years with the CPI measure of inflation hitting 2.5% in June. This is the second month in a row where inflation has exceeded the Bank of England 2% target. The increase in inflation was broadly based rather than a specific item such as clothing or petrol and will certainly give the Bank of England something to think about.

In the US, the headline inflation measure, inevitably raised questions about how transitory current pressures may prove, although higher second-hand car prices and air fares may not persist. Headline CPI for June was higher than expected at 5.4% and was the biggest monthly increase in thirteen years. However, Jerome Powell, Chair of the US Federal Reserve (Fed) said once again that current elevated levels of inflation will prove temporary and monetary policy support will remain in place until the recovery is complete. Despite re-assuring comments from the Fed, wage inflation is not transitory and by way of example, asset manager BlackRock has announced an 8% pay hike for all staff.

Another Chinese tech-giant appears to have fallen foul of Chinese regulators. Tik Tok, owner ByteDance, is to delay its stock market flotation until next year following a meeting with the Chinese regulator which has asked the company to revise its data security. China’s exports were stronger than expected in June, increasing by 32% on last year while imports also exceeded expectations, rising by 37%. Export growth reflected the recovery in global economic activity while imports were pushed up by rising commodity prices such as oil, copper and iron ore. A shortage of semiconductors and shipping containers, combined with higher transportation costs may hamper exports in the second half of 2021. China’s economic growth slowed to 7.9% in the second quarter from 8.1% in the first quarter.

Brent oil dropped to $72 as Saudi Arabi and the UAE were able to settle their differences and OPEC+ agreed to a 2million barrels of oil a day increase in output from August.

Finally, have Covid-19 vaccines become political? Two of the world’s biggest technology manufacturers Foxconn and Taiwan Semiconductor Manufacturing Company (TSMC) are each buying 5m doses of the Pfizer vaccine which they intend to donate to the Taiwan government for distribution. Taiwan has faced intense pressure from the public to speed up vaccination -just 0.3% are vaccinated. Taiwan has been trying to buy the vaccine from Pfizer’s partner BoiNtech but believes it has been blocked by China.

Read Last Week’s Alpha Bites – Too Big For Their Boots