Too Big For Their Boots 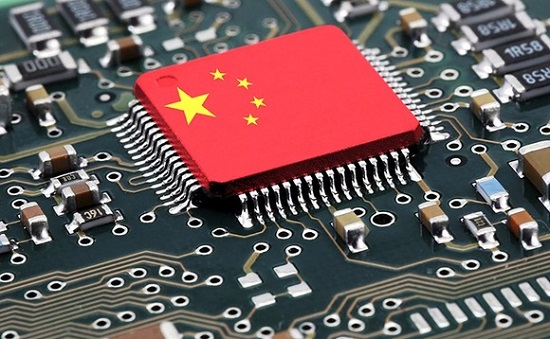 The Covid-19 pandemic has accelerated the long term-structural shift underway in many markets and technology giants have been amongst the global stock market winners.

China has also seen its technology giants ‘make hay while the sun shines’ with 24 Chinese companies raising over $12bn in the first half of 2021. Amongst the latest to do so, is Didi, China’s answer to Uber which recently raised $4.4bn in an IPO and in initial trading had a market value of almost $75bn.

However, China’s technology giants appear to have become ‘too big for their boots’ judging by the actions of China’s politicians. In October 2020, in Shanghai, Ant Group was ready to list as the world’s biggest IPO on the local stock exchange. This was a spin-off from Alibaba and commanded the digital payment market in China through its Alipay mobile finance app. Ahead of the float, Jack Ma, founder of Alibaba addressed an assembly of high- profile figures with a controversial speech that criticised China’s financial system. The Ant Group IPO was suspended immediately and Jack Ma has not been seen in public since.

The Chinese government has since introduced a new wave of regulations for China’s technology giants. Twelve companies including Alibaba, TenCent, Didi and Baidu have been fined for violating anti-monopoly rules. It appears however, that this is not the end of the story and that the Chinese authorities are further tightening oversight of data collection and its use. Shortly after Didi’s shares started trading in the US, China’s internet regulator ordered app stores to stop offering Didi’s app to ‘protect national security and public interest’. The shares, not surprisingly fell by more than 20% on this news.

China recently celebrated the centenary of the ruling Communist Party and President Xi Jinping said the ‘Chinese people will absolutely not allow any foreign force to bully, oppress or enslave us and anyone who attempts to do so will face broken heads and bloodshed’. While his comments were no doubt aimed at Western leaders, the management teams of China’s technology giants must be feeling like they have ‘broken heads’ but should they expect more ‘bloodshed’?

Yet another heart-breaking penalty shoot-out…..but the young lions did us proud and England have something to really build on with the World Cup only eighteen months away.

A renewed slide in US Treasury yields saw the continued rotation out of cyclicals back into defensive growth and US technology stocks – the FAANGS, with Amazon particularly strong helping push the S&P 500 and NASDAQ technology indices to a new all-time high. By comparison, the Hong Kong Hang Seng index dropped to a six-month low reflecting the crackdown on Chinese technology companies. The shift to defensive growth reflected some slightly softer PMI business activity indicators and concerns about the spread of the Delta variant in Asia. The US Federal Reserve (Fed) also re-affirmed tapering of its asset purchase scheme. However, China announced an interest rate cut.

Tin prices hit their highest level in a decade on concerns that rising Covid-19 cases in Southern China, blamed on migrant workers, will curb production.  Markets also had to deal with the unexpected collapse of talks at OPEC+.

Health authorities in Israel are considering whether to recommend a third booster shot of the Pfizer vaccine. The efficacy of the Pfizer vaccine has dropped from 94% to 64% in June largely due to the spread of the Delta variant. The vaccine still remains highly effective in preventing serious illness. In the US, 99% of Covid-19 deaths are unvaccinated patients. Meanwhile, a study by New York University Grossman School of Medicine has suggested that both the Pfizer and Moderna vaccines work against the more lethal and infectious Lambda variant first identified in Peru.

PM Boris Johnson confirmed the lifting of many of the remaining Covid-19 restrictions in England from 19th July. New Health minister Sajid Javid said that new Covid-19 cases could go as high as 100,000 per day as restrictions ease. However, mass vaccination has changed things. In January, one in ten infections could be expected to lead to hospital admission whereas currently the figure is between one in forty and one in fifty. Nonetheless, many businesses are concerned that an extension of the self-isolation rules until mid-August could create workplace chaos, particularly in the hospitality sector.

In the UK, the Office for Budgetary Responsibility (OBR), warned that Chancellor Rishi Sunak faces a difficult trade-off with government debt at the highest level since the 1960’s but no plans to fund about £10bn a year of Covid-19 spending on tackling the NHS procedures backlog, maintaining test and trace, funding school catch-up and continuing to support public transport after a sharp fall in passenger numbers.  Meanwhile, economic growth in May added to recent signs that recovery is flattening out with growth of 0.8%. Output remains about 3% below pre-pandemic levels and suggests recovery may take a little longer than many forecasters have been suggesting.

In Europe, the forward-looking PMI composite business indicator hit a fifteen -year high in May. However, this was countered by news that German manufacturers had seen a slight dip in new orders in May and is a reminder of the un-even nature of the global economic recovery as supply-chain issues persist. Meanwhile, on the inflation outlook, the European Central Bank appears likely to increase its inflation target from ‘below 2%’ to ‘2%’ and allow ‘overshoots’ when necessary.

In the US, the Institute for Supply Management services PMI edged back slightly in June from its all-time peak in May. The Fed said it remains committed to hitting its inflation and employment targets before changing monetary policy. It expects the rise in inflation this year to be transitory but noted that global supply chain shortages would put upward pressure on prices into next year.  However, the minutes of the latest Fed meeting showed various participants felt that conditions for reducing the central bank’s asset purchase programme ‘would be met somewhat earlier than had been anticipated.’

China’s service sector saw a significant slowdown in growth rates in June on the back of an uptick in Covid-19 cases and as reduced travel weighed on demand. The Caixin Services PMI reading   showed business activity and new orders grew at the weakest pace in fourteen months. The People’s Bank of China (PBoC) cut the Reserve ratio by 0.5% which will significantly increase funds available for banks to lend. Given the second quarter’s economic growth data is due this week is the PBoC concerned about a possible slowing down?

The continued dispute between the UAE and Saudi Arabia prompted the cancellation of the OPEC+ meeting and Brent oil surged to a three -year high of over $77. Unless an agreement can be salvaged, OPEC+ will not increase production for August. However, Brent oil subsequently eased on worries that the UAE will increase production forcing other countries to follow and increase supply. Meanwhile, Iran has begun the process of producing enriched uranium metal so looks unlikely to see sanctions removed.

Finally, during his speech at China’s Communist Party centenary celebrations, President Xi Jinping  said that having restored order in Hong Kong, that China was determined to bring Taiwan under its control. This is alarming, but all the more so for stock markets and technology companies, as Taiwan is the unmatched leader of the global semiconductor industry with the two largest contract chipmakers in the world. Due to Covid-19 lockdown, the world is already experiencing a shortage of semiconductor chips!